Saturday is a day off, seems normal, I suppose most people have Saturdays off. Musicians might generally consider Saturdays the big night and historically might not be free but off the road, I try to make Saturday lazy day, market day, walk day, drive somewhere day, record shopping day. But this Saturday, ten days before we go to England, that was never going to happen. Today was catch up day with a list of pressing issues to get to grips with. And at 4.23 AM I am just now starting the blog with a sesh at midday Sunday looming. It’s not exactly working down a mine but it’s long and concentrated intense periods of writing, listening, sessioneering, and whatever else. Stay busy, stay alive, that’s what I say, don’t people die when they feel they have nothing to do? Don’t we need a purpose?

I started with pretending it was going to be a normal Saturday and had the cricket on but soon shook myself out of peaceful, easy, relaxing mode and jumped up and went to the bakery before it closed to buy some pão da avó (grandmother’s bread), I also owed them money from a couple of days ago when they couldn’t exchange a note. It was also market day so I left the bakery and met Olivia there and we walked around and found three dinosaurs, two mermaids and a crab, perfect, plus a Sarah McLachlan CD. It was pretty busy considering it was already after 3 PM, they were playing Crowded House – Don’t Dream It’s Over, U2 – I Still Haven’t Found What I’m Looking For and other easy listening hits, what’s become known as dad music. It must sound as uninteresting to the kids as Deep Purple and T. Rex did to our parents. My mum used to say, “But you can’t understand the words”. I don’t know what the kids say today because I’m out of touch by default. In the sixties, the kids would insult the grown-ups by referring to them as ‘grandad’, that probably meant over 29. Olivia and I today were discussing how old grown-ups seem to the kids. I remember going to Liverpool stadium and seeing 18-year-olds in Afghan coats and thinking that they were ancient.

After the market, we’d decided to go and check Ariel and see if we could easily figure out how to change a tyre in case we had a puncture on our travels. I wanted to be prepared. I didn’t want to be stranded on a cold and rainy motorway in England, floundering in the dark and having no idea how to change a tyre. So today was a dummy run, get the jack out, make sure we had all the right bits and take a wheel off, undo the spare and just see if we knew what we were doing. So all was well until I put the tyre iron on the wheel nuts. With all my strength I couldn’t move them, I tried banging the tyre iron with another piece of metal but they were stuck fast. It looked like the wheels had been painted and that might not have been helping but we certainly found out that we were not equipped to deal with a puncture should we get one. So now we have to find a garage to loosen the wheel nuts with one of their machines so we have a chance out there on the road should we have an issue.

So, next, I got back home and straight to writing out Handwritten & Illustrated Lyrics. I’ve been so busy I just hadn’t gotten to them – I finally did today and managed two of three I have to write, this also gives Olivia time to illustrate before we leave. After that it was catch up on the songs that I’ve been sent by sessioneers that need my input, opinion, critique and I listened to Atlanta Craig’s song that I played on, two of Indiana Brian’s songs and Noel in Ashford, Surrey’s song. After that, I had to listen to the whole of the Space Summit album and check all the lyrics and all the credits. I found lots and lots of issues and it took forever. I had to then talk to Jed in Minneapolis and run all the points by him and had him put it all in an email to send to the designer. Jed and I have new songs for Space Summit II so we have lots to talk about, plus the Space Summit album Life This Way is coming out next Friday, September 10th so we have promo to think about, writing blurbs and getting the universe to know about it. Pre-order the album here. On that note included here are all three videos we have done for the first three tracks from the album, I’m Electric, Life This Way, and Queen Elizabeth’s Keys. I hope you enjoy the music and the visuals as much as I am going to enjoy the darkness and the silence right now as I crumble into bed. 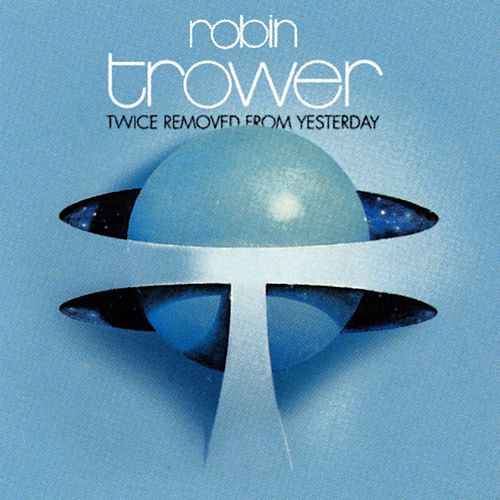 So music today has been just one full album, Robin Trower’s Twice Removed From Yesterday (1973) and half of Bridge Of Sighs (1974), a soundtrack to writing this blog so late. I’m a guitarist, I listen to guitar tones in records like this. I saw him live (sold out) at the Liverpool Stadium in the mid-seventies and more recently some years ago in San Diego at the House Of Blues. I remember being at the back of the room (it’s not that big), everyone in front of me had grey hair. ‘Grandad Rock’ and I am a grandad so it makes sense. It’s hard to get those grandads into FKA Twigs though, actually harder than getting the kids into the seventies guitarists.