Today is the first Saturday of June which means the market is on in the Marquês park square, just 30 seconds from where we live. We go to bed so late that we probably miss out on some of the bargains but it carries on late into the afternoon so we get to look at the bric-a-brac, the one record stall, the ornaments and curios and Olivia gets to look at the clothes. I whisked through there pretty quickly and only managed to find a small dinosaur for Olivia (she likes dinosaurs) and I left her to browse the jewellery and clothing at her own speed. I found a nice piece of grass under the trees and lay down partly in the shade and partly in the sun. I looked up at the sky through the leaves of the trees, bright green against bright blue. There were two butterflies expertly chasing each other in all kinds of jerky movements – it was more likely a male chasing a female. On that subject, there were two pigeons on one of the branches of the trees actively canoodling, kissing, burying their heads into each other’s necks, a real romantic display of affection and mating ritual. Seagulls crossed my vision high above and a very small ant crawled onto my arm. There was something beautiful about watching nature amidst the people in the market and I was thinking how incomplete the world would be if the planet was just populated by us, the Earth’s biggest threat – the humans. 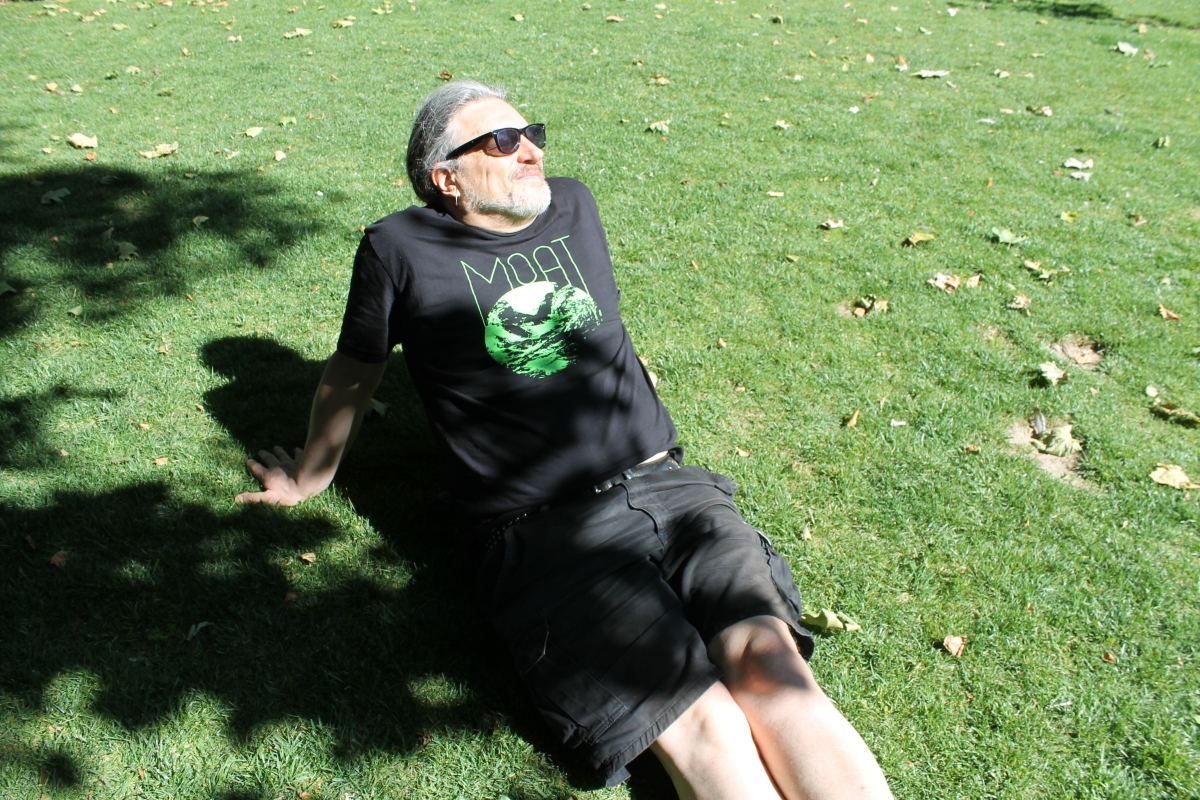 Saturday is kind of my day off. No swimming or gym, no sessions, I usually try and stay in bed as long as possible, no alarm, and try to make it as relaxing a day as possible. There’s still the French and the other Duolingo languages and the blog but otherwise, it’s nice going out without a timetable or staying in and watching some football or tennis (French Open is on right now) or listening to music and later watching a TV series which I hope is going to turn into watching more films. I’m considering joining the British Film Institute website – two weeks free trial and then £4.99 a month. It’s not just British films, lots of foreign films too. Probably good for language learning too. I used to watch so many foreign films and read so many books, how do you do that these days? 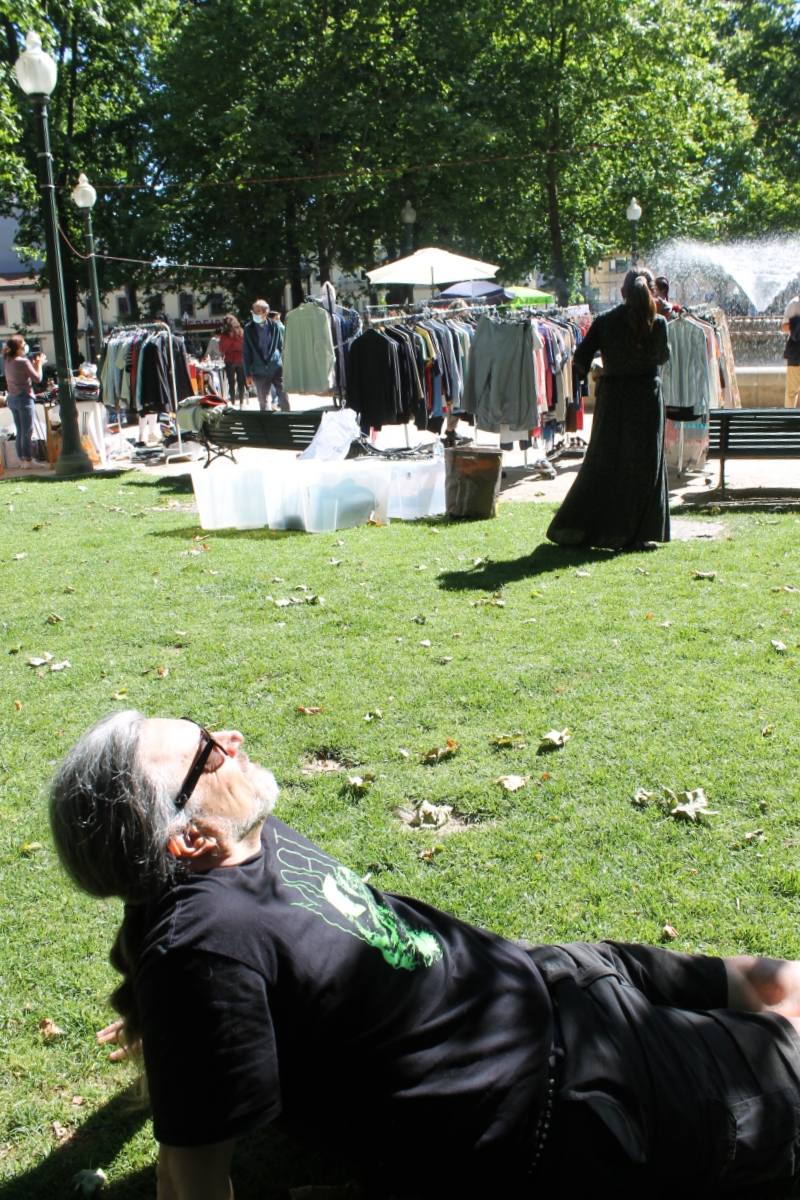 Lying there on the grass contemplating the universe, suddenly there were loud sirens and fire engines, trying to get through the traffic on the road that surrounds this little green area that is the Marquês square. The calm momentarily shattered, but as the sirens faded into the distance, the sound of the fountain returned, the quiet buzz of the monthly market continued. I was away in the land of sleepy reverie, letting the warm southern European sun coil itself around my limbs. There wasn’t a cloud in the sky and the feeling that summer is here washed over me like a wave, took me to another place of softness and dreams. Then Olivia accidentally jumped me and scared me to death more than the sirens did. She left some bags with me and went off for another quick wander and she was soon back and we left for the psychedelic psupermarket although I went into the café and waited for her with a decaf. In there a woman was arguing with the owner, I couldn’t understand what it was about but she stormed out angry. It’s hard to keep the serenity going for long. 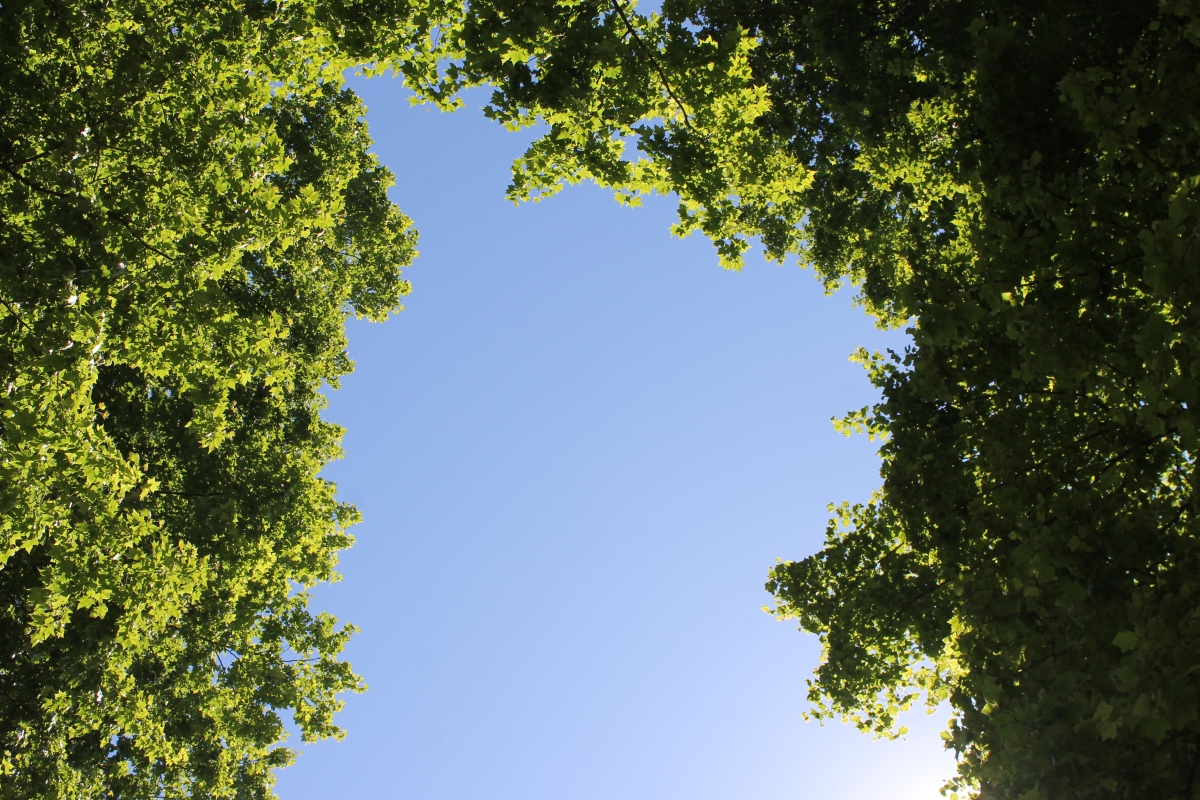 Back home Nadal (thirteen-time French champion) was beating a brave Cam Norrie in three sets. Last year’s women’s champ, the twenty-year-old Iga Świątek from Poland, also won, as did last year’s runner up, the American Sofia Kenin in a feisty match. The second week of Roland Garros is where the form players get to play their hearts out for the prize. Tomorrow England plays Romania in a friendly match before the start of the European Championships on Friday. Any England fan knows that watching England is never relaxing.

Although I’ve been concentrating on tracks from Noctorum’s Sparks Lane in conjunction with next weekend’s RSD Drops (June 12th), I have of course been playing lots of other records, today Cha Wa‘s My People (2021), yesterday 10cc‘s The Original Soundtrack (1975), the day before The Stones’ Exile On Main St. (1972). But today it’s track 5 on side one, a song that might have been a hit if it had been released in 1978 instead of 2003 – High As A Kite. It’s just a pop song, it has a summery feel and great hook, seems appropriate today.

HIGH AS A KITE

But oh oh I’m feeling better
Oh oh I, I’m going to come and get ya

But oh oh why this confusion
Oh oh I’m disillusioned

(Everything will be alright)