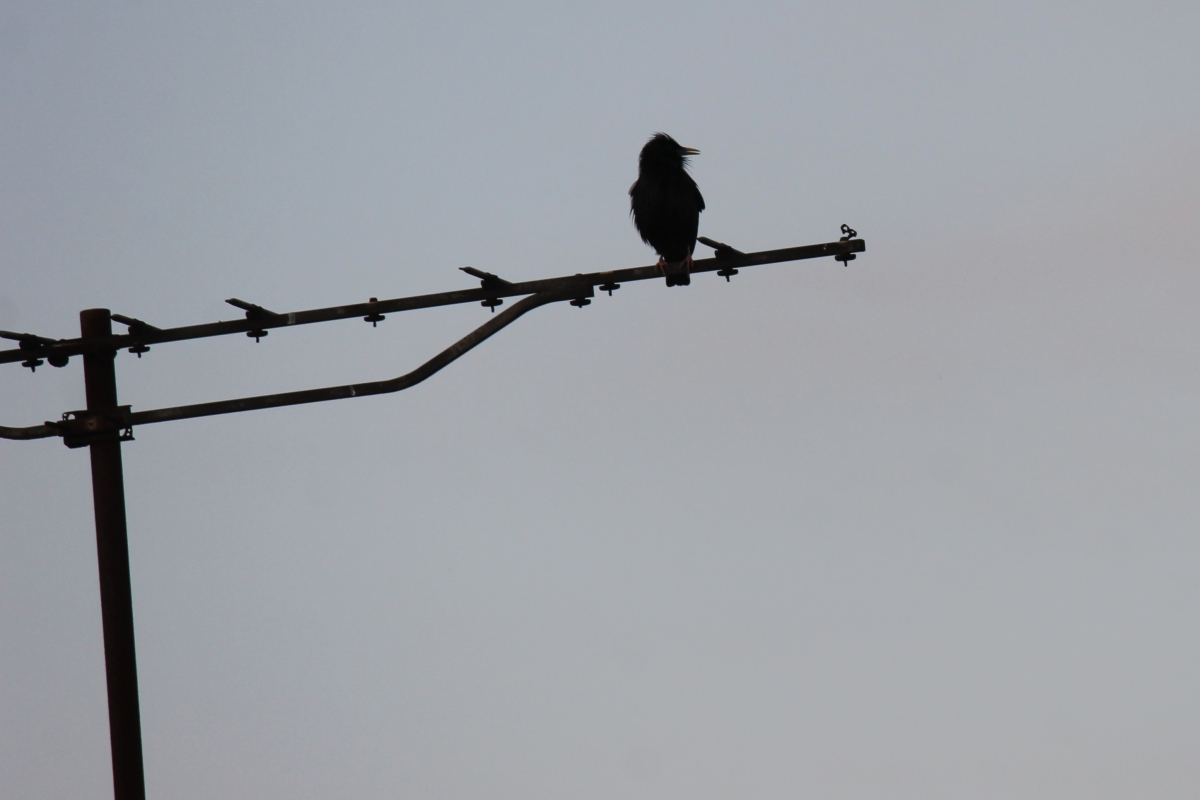 So today we packed up all Hawaii’s bowls, litter tray, toys, food and blankets and said farewell to him as he returned to his owner. She told us we could visit him and we can even borrow him at some point, a lovely thought. So sad to see him leave, there’s a big space in the house now and a big space in our hearts. Moving to a new country with summer on the way you start to realise that there are different types of creatures living here and today sitting on the roof opposite was a spotless starling with quite a beautiful song but without the speckles. The seagulls here are different too, here we have the yellow-legged gull and although pigeons get a really bad rap, here in Portugal racing pigeons seem to be a popular pastime. There are some really beautiful pigeons in the world and with a little research you’ll discover that even the common pigeon is a smart creature, “Pigeons are incredibly complex and intelligent animals. They are one of only a small number of species to pass the ‘mirror test’ – a test of self-recognition. They can also recognise each letter of the human alphabet, differentiate between photographs, and even distinguish different humans within a photograph”. That whole image thing gets humans every time, even when it’s an animal. Tonight we spotted a many-legged creature on the washing line and discovered it was a house centipede. Today we saw our first butterfly, I’m not sure what type it was, it was fleeting. As a kid, I used to upturn stones and observe the insects, worms and beetles and woodlice and spiders and all kinds of creatures, it’s fascinating to think that if you upturned that stone here it would be inhabited by a whole different selection of amazing creepy crawlies.

It’s June 1st and RSD Drops (Record Store Day) happens the weekend after next (June 12th), the first of two this year (the next one is July 19th). This year’s release will be Noctorum’s debut album Sparks Lane, released in 2003 on CD only. It’s a welcome addition to the vinyl catalogue and each day I will be posting a new song from the album. It’s coming on what I call moody grey vinyl to match the more silvery sombre colours of the artwork. It didn’t seem right to gratuitously make it fluorescent yellow. It will be housed in a gatefold cover with all the lyrics printed. Greg Daville who created the picture on the front cover died some years ago. It’s an intriguing picture of a man and an orrery, “a mechanical model of the solar system, or of just the sun, earth, and moon used to represent their relative positions and motions”. It’s obviously a manipulated image but we were always very happy with it as an album cover. The title Sparks Lane comes from the name of the road that connected my house to Dare’s in the village of Thingwall near Liverpool where we grew up as teenagers. It actually has nothing to do with Spark from Starfish, that’s purely coincidental and there is no apostrophe. It’s limited edition so make sure you get down to the record store and tell them to order it for June 12th. 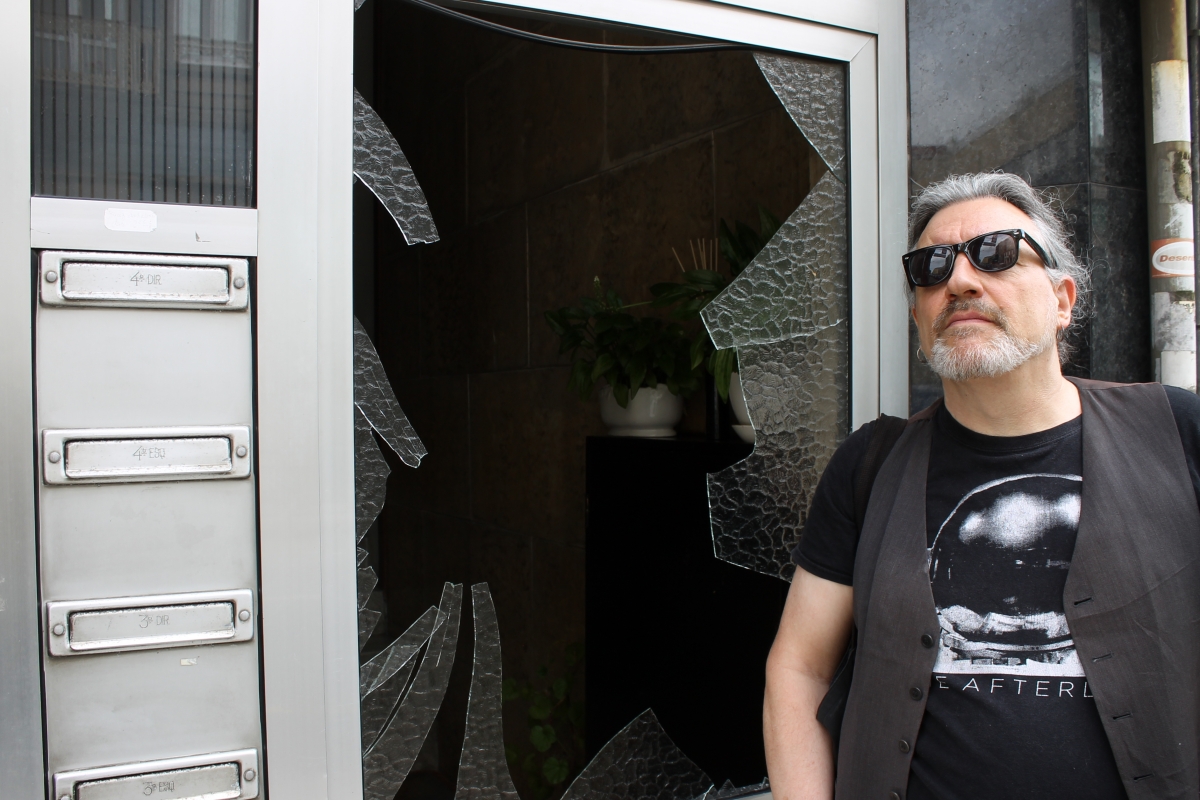 We took a picture by a smashed window in a doorway today. It looked really dramatic, one wonders what happened but although the imagination can conjure up all kinds of sensational scenarios, it could equally be the cleaning lady’s broom handle. As it happened when we arrived back at our building today the cleaning lady was somewhere in the building as her bucket of dirty water was in the lift. I always feel so guilty walking on the floor she’s just mopped, she stands there and watches us leave our footprints. I never hang around to see if she goes over it again. I wonder if people who lay concrete get satisfaction from the smoothness of the wet grey liquid and hate cats and seagulls and teenagers writing their initials. I wonder if in posh areas do they have armed guards stopping the mischief? Is anybody out there fascinated by the fact that concrete doesn’t set whilst it’s moving, hence the invention of the cement mixer. Who discovered that? Was it a happy accident or did someone work it out based on the chemicals?

Music today comes from Noctorum’s Sparks Lane. The opening track is Hey There. It was very difficult to sequence this album and when we settled on Hey There as the opening track it all made sense. The song has that repeating line on the 12 string acoustic all the way through and kind of shows what you can do with melody and timing changes with the added instrumentation.