Champions League Final day in Porto between Chelsea and Man City, Chelsea won 1-0, but before it all happened we decided to go and take a look at where it was all happening. It was a beautiful day so it was a good excuse for a walk and as it was close to the Psychedelic Psupermarket we could kill two birds with one stone. So we wound our way around the streets, always finding another house façade to marvel at or a ruin to wonder about. To think that families once lived in these houses, probably their whole lives and now roofless, with the garden weeds growing inside the house, stretching up from the ground through broken pieces of wood and junk, the floors destroyed by time. We paused for a photograph opposite the Parque de São Roque by a house that must have once been located on the edge of the city. To know the stories of these ruins that are dotted all over the city would be fascinating. 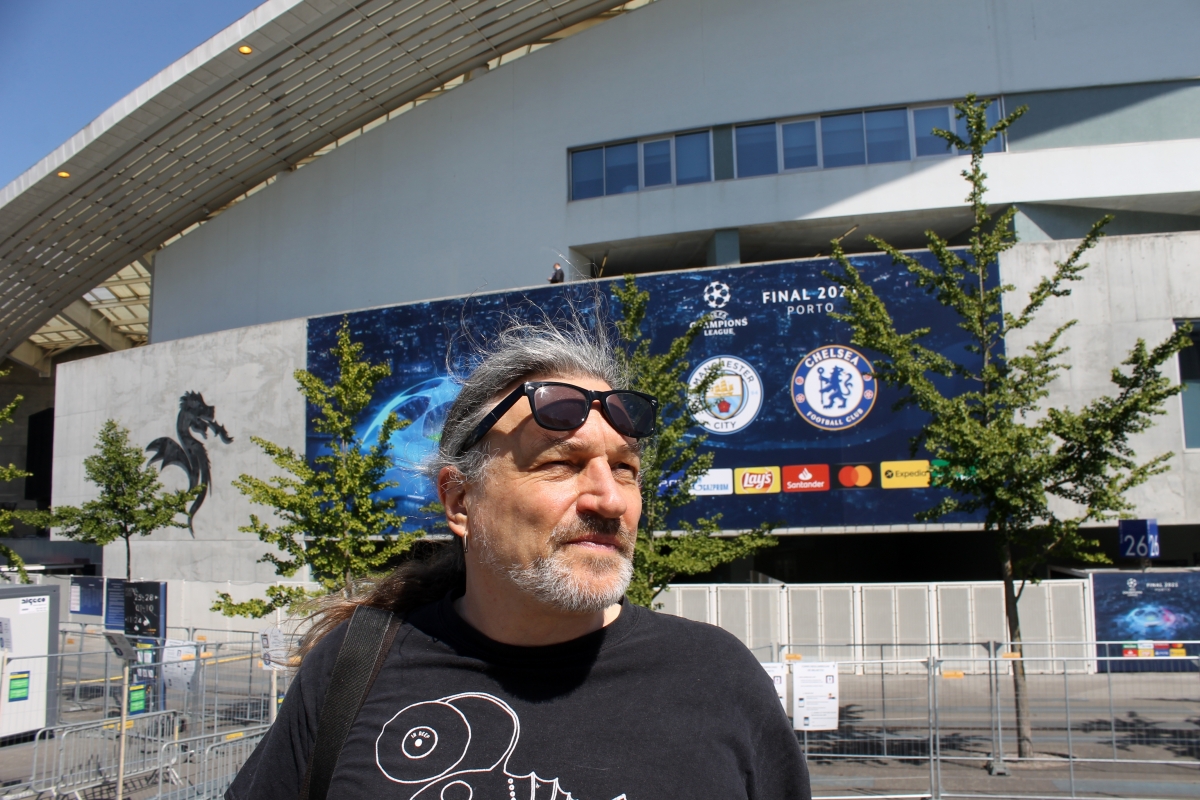 Past the park, there on the right, lower down the hill, next to the freeway on the other side is the Estádio do Dragão, FC Porto’s stadium. A massive architectural spaceship, obviously designed by aliens as are all stadiums in the world. Porto won the Champions League in 2004 (Portuguese José Mourinho was their manager at the time) when 50,000 fans were crammed inside Schalke’s ground in North-Rhine Westphalia, Olivia’s birth state. But today here in Porto it was only 12,000 people due to the pandemic restrictions. We arrived outside, took some pics but there wasn’t much of a buzz around the place, a few fans sitting around but the English fans didn’t seem to be there yet. We saw a group with one man sporting an Algerian flag, probably a Mahrez fan, a City player. There was a German film crew from Sky Sports that we talked to, police, stewards, and a Covid Testing Centre. It was just nice to go and see the stadium close up, the place where all the action of the evening would be – tickets were impossible. 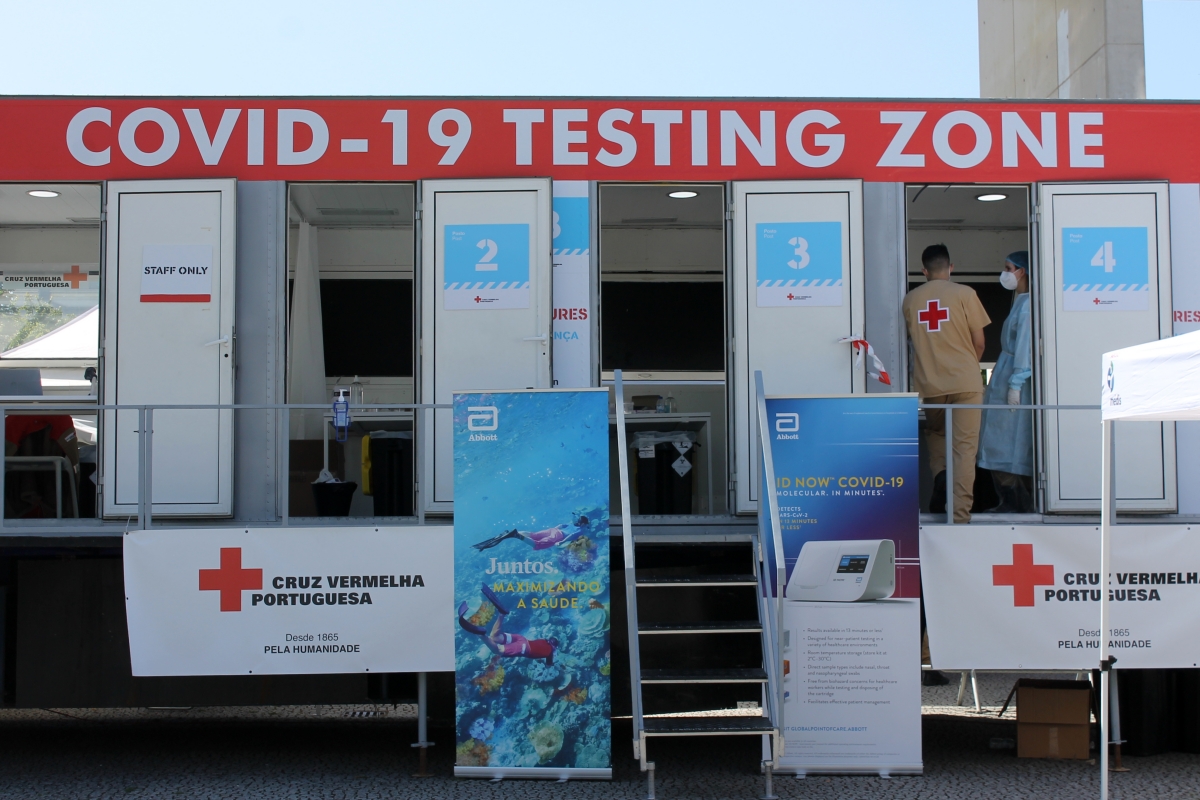 By the time we’d left there and left the Psychedelic Psupermarket, walked home, had a late sandwich, it was almost time for the match build-up to begin. Man City seemed to be the favourites but Chelsea were strong and the whole thing was decided by one goal. There was a dumb comment on my Instagram about which one do you hate the least. I don’t hate other teams, I like to watch the game played well and like to see Liverpool win but all this nonsense about hating the opposition is beyond me. I don’t understand the whistling and the booing in the European games when the opposing team gets the ball, that’s what I hate. After the game, we could see the floodlights from the stadium lighting up the sky and it’s all over for another year. In truth, it’s never over, the European Championships start in a few days and I will be supporting England and enjoying watching the best teams, hate-free.

Late last night Hawaii jumped up onto the shelves in the front room, knocked off the modem, knocked over my expensive AKG 414 microphone, woke Olivia up (not me), and had her running into the room to see how much damage there was. We have the new mirror but we won’t be putting it where the old one was till Tuesday night after Hawaii has gone. We went into a pet shop today on the way back from the stadium and bought a little extra food to last Hawaii till Tuesday and talked to a parrot and rabbit before walking down the street where a woman was sitting talking to a dog and who told us in Portuguese that the football stadium was in the other direction. The more pets in the house, the more love for creatures the better. Dog people? Cat people? Rhinoceros people? Ant people? Love all the animals. 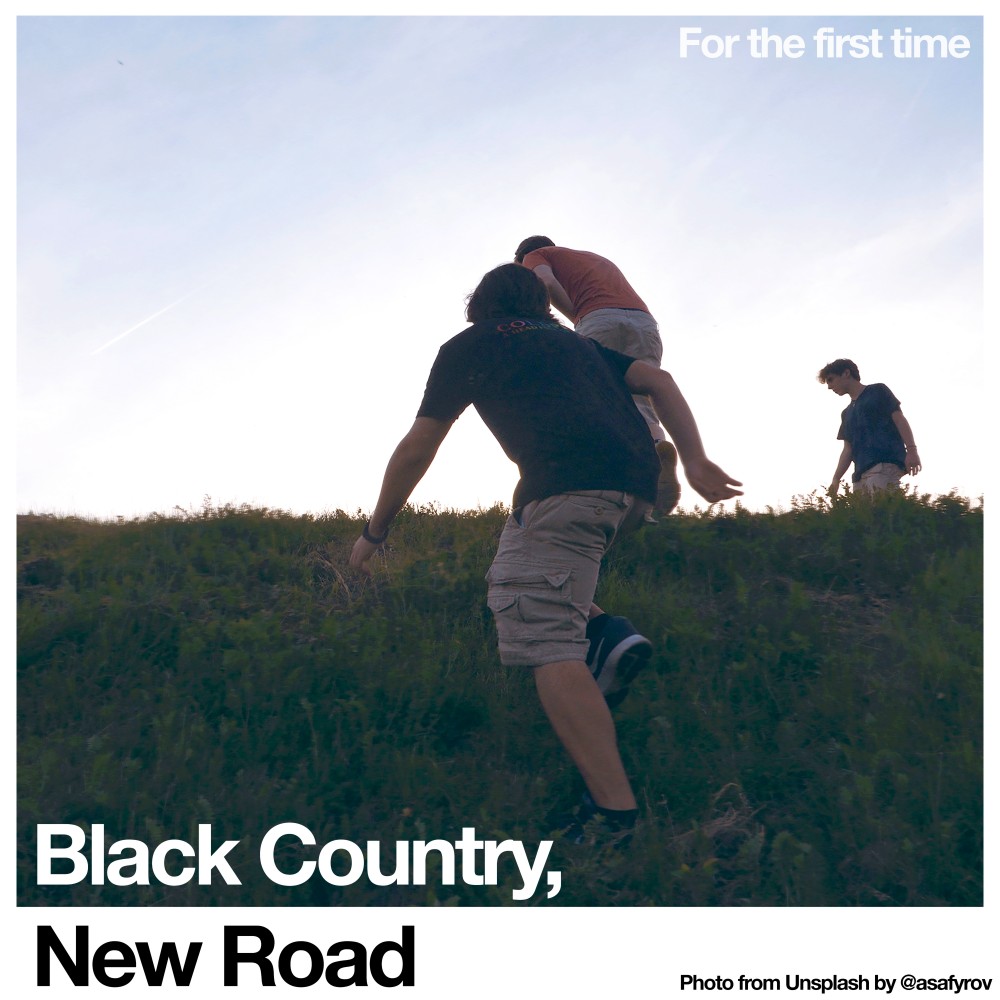 Music today was a fine mixture of different things. A brand new band, Black Country, New Road who put out their debut album For The First Time in February this year. Some kind of post-rock, arty, jazzy, experimental raw seven-piece. Engaging, I ordered it right away. I also listened to The Exciting Wilson Pickett (1966). His third album, classic soul, and then David Sylvian’s Dead Bees On A Cake (1999), classic, arty Sylvian. Great, if you like this kind of thing.