Today was the day that I was going to direct anyone who cares to read all the MOAT reviews (hm, wouldn’t anyone want to do that?) to the website where they all are, as it seemed like the last of the reviews was in. Then, out of nowhere today, we got another great review on the Thoughts Words Action site, a site that is dedicated to punk rock..? Well, we’ll take it and I think perhaps one of the reasons the reviewer reviewed the album here (apart from the fact that he liked it) is because the album is sorta/kinda genre-free. There are lots of things it’s not and there are lots of things it is but it isn’t specifically something. It’s why I love The White Album. This just brought to mind The Cure and how they managed to transcend their doomy side (which I really like), contrasting angst with wacky joy, making them more than a one-trick pony. I think this is why I like all different kinds of music and have been able to build the In Deep Music Archive into a varied and eclectic music library. I’m unable to listen to just metal, just reggae, just hip hop, just sixties, just singer-songwriters, just psychedelic, just prog, just jazz, well, you get the picture. 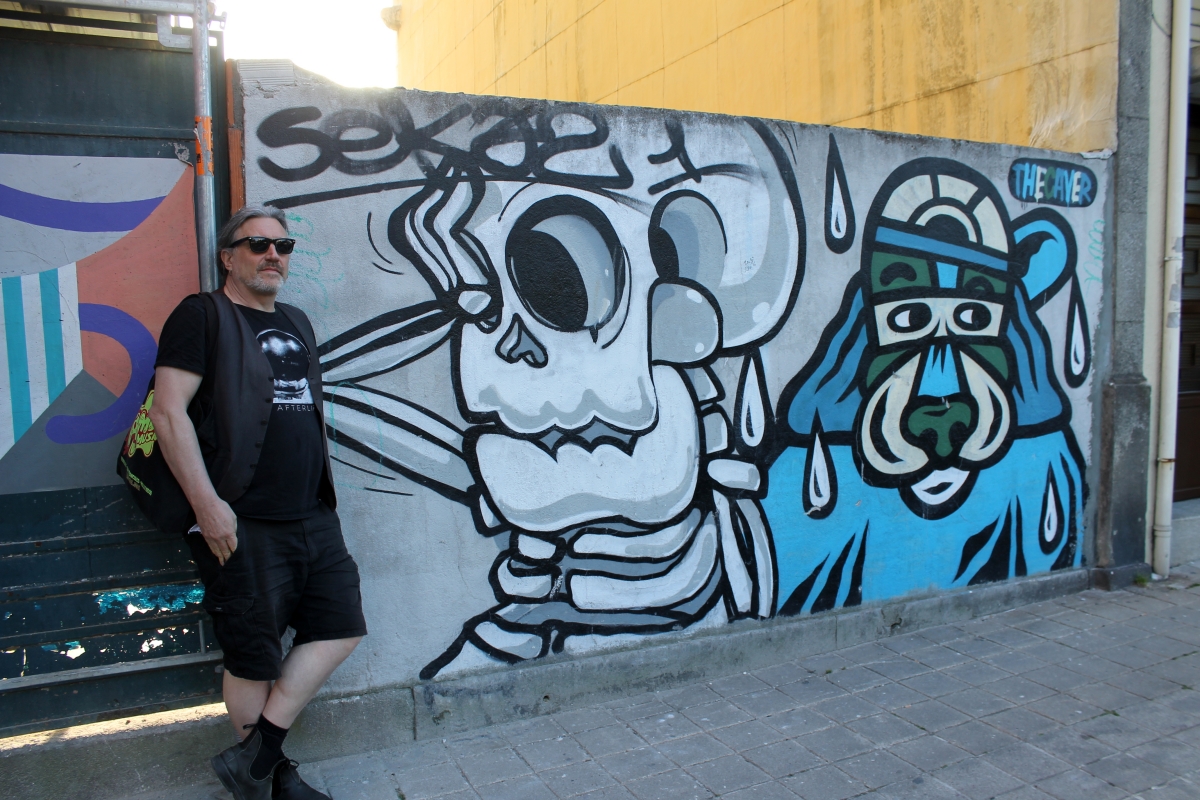 On the subject of the In Deep Music Archive, today we went to see a building, next door to Rangel Studios. It’s an old children’s clothing factory with three floors and is an ideal culture centre for the archive and all its attributes. It was quite a mess in there, two of the floors were full of old furniture and junk, and the middle floor was covered in pigeon poop with large cobwebs over doors and large dead spiders in ancient webs. A broken window was allowing the pigeons in and when we went downstairs they were flying around in there, desperately looking for the way they got in so they could escape the humans. The possibilities for the place were obvious and we’ll see where this leads us, there are a few meetings and phone calls and funds to raise yet but I do have to get the archive out of England before the end of the year so I hope we can secure something otherwise we’ll be paying a lot of removal money to place it all in a Portuguese storage house. When we got there the owner couldn’t get the door open to the lower floors, he had to call a locksmith in, the place hasn’t been used for anything significant for years, I hope we have the opportunity to change that. 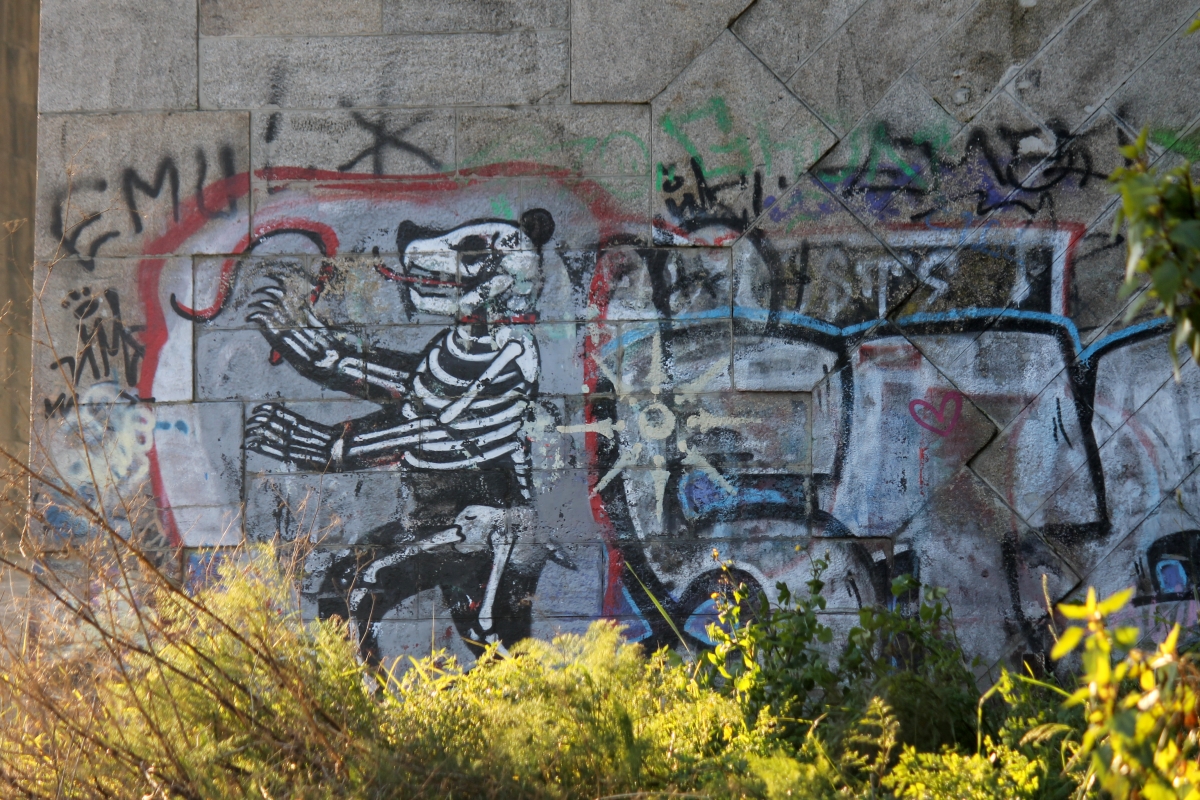 I have to stop reading the news because it’s either death and destruction, politically opposed deadlock, or damned silly tragic stories like the man who fell into the leg of a papermaché dinosaur trying to retrieve his dropped mobile phone and died in the act. I wonder if I kept a note of everything I did and how long it took, how much of it would be wasted time when I could have done something more constructive. Although meaningless distraction shouldn’t be confused with necessary relaxation time or well-needed rest. One thought leads to another and it made me consider this idea of working from home and how much time is wasted getting to and from the office in horrible rush hour conditions, either on the train or the bus or in a traffic jam, the pollution, the stress, the number of potential working hours wasted. The expense of office space, I think a lot of companies are beginning to realise that staying at home doesn’t mean lazy people avoiding work, it means more people willing to work, better conditions and is actually more productive – bring it on.

Although I was in my usual 82-length routine at the swimming pool today I’m wondering if Wednesday’s swim will be possible to go ahead as that morning I will be going for my first vaccination. I’ve heard people say, the first shot didn’t mess with them at all but the second one did but I’ve also heard people say the exact opposite. To Where I Am Now entry on Wednesday might just be – aaaggggh! 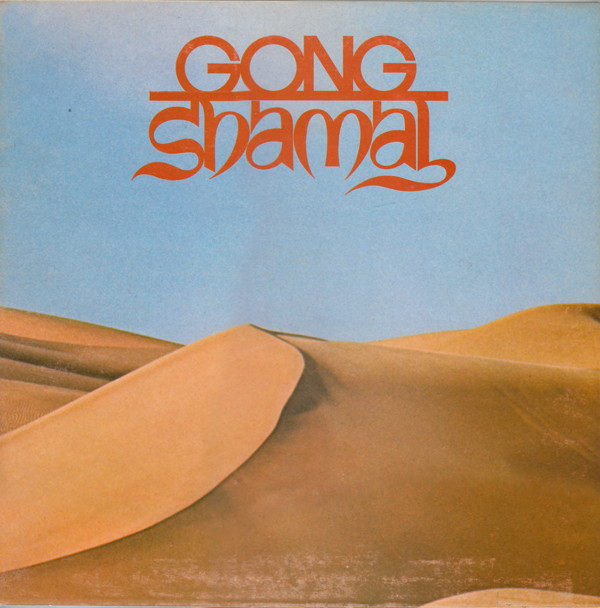 Music today was the deluxe edition of Gong’s Shamal (1976), produced by Nick Mason, it is actually Pierre Moerlen’s Gong and after Gazeuse! (1976) and Expresso II (1978), future albums with Moerlen used his name to distinguish which version of Gong it was. These more jazzy albums were always so warm and musical (Moerlen was the drummer), a varied lineup of dedicated organic talented musicians made an exploratory journey into grooves and jams, mixed with technical skill and mostly instrumental songs. Sadly Moerlen died suddenly at 52 of natural causes..? Still, great music, if you like this kind of thing.