Mostly everyone was asleep in the USA or not tuned in to the radio in Europe because of the time that the MOAT – Poison Stream interview was broadcast in Australia. So, if you would like to catch up and listen to the track-by-track on Purple Haze with Bruce and Steve, RPP FM – 98.7, you are most welcome (click the video below). It seems that now all the vinyl and CDs have been sent to those that purchased them through the campaign and we’ve even had some instances of people getting three copies, not sure what that is all about but if you haven’t received your vinyl or CD please let us know so we can investigate. But, please also send us pix of your record for our gallery, on the turntable, with the dog or the cat, or whilst parachuting.

We’re in the process of figuring out all the red tape concerned with moving the archive from Penzance to Porto since we have discovered we have to leave the current premises. Thank you to all for those donations that have come in. I’m trying to figure out how to reward donators with exclusive music for their generosity and I imagine that could come from me getting it together to work out how to operate my home studio – we have a record of everyone that has got involved. The campaign will be long, to the end of the year at least, and by then I hope to have figured it out and be able to share music that thanks you for your continued support – and there surely has to be a benefactor plaque!

I went to bed a little earlier last night and consequently woke up an hour before my alarm went off but it was still the early part of the day and for me, that’s the time when it’s impossible to get anything done – for me it all happens at night. Perhaps it’s procrastination with a mad rush at the end but I actually don’t think it’s that, the day has the distraction of life going on whereas the night has the feeling of the end of strangers’ energy which means more space for rising magic without all the noise of active beating hearts. Of course, this doesn’t explain the time between normal work hours and nightlife, say 6 PM till midnight. But that isn’t the time that I like to work either, that’s for live shows – live shows are weird if they are in the day. I like 11 PM till 4 AM to get things done, from creativity to practical administration. I can clean in the day, shop in the day, exercise in the day, travel in the day but not sit down and work on something. At night, most people have gone home, most people are thinking about bed and the silence of the early hours and that’s the time when the golden dust rises from the soil, it’s the time when the magical creatures appear.

When I looked out of the window today it was pouring with rain, there was a breeze, it was actually a little cold and that cold continued throughout the day. By dinner, we were bringing down the shutters and closing the curtains. But when I left for the pool today I armed myself with an um-um-um-umbrella and a plastic bag over my clothes bag that is actually a sophisticated plastic purchasable Lidl bag – I haven’t managed to find a proper bag yet. As soon as I got outside it had almost stopped, so it’s showers and by the time I was out of the pool it was just cold. I walked down the street slightly underdressed and felt a wind that penetrated my clothes and chilled my ribs. I made my way back home via the bakery and made lunch before my sesh with Craig in Atlanta – more songs coming from the Craig Douglas Miller project later in the year.

Hawaii, knocked the stereo speaker off the table today, he is actually a monkey and just wants to climb. He always returns to the scene of the crime to sniff at it – the broken mirror, the smashed plate, the upside-down table, the speaker – I have to hide my guitars and ban him from the room they are in. We have to keep the windows closed as we are on the fifth floor and he would definitely jump out and try and catch a seagull. But then, when I think of how he plays, he jumps up at you like a dog or like a bird, maybe he can actually fly. 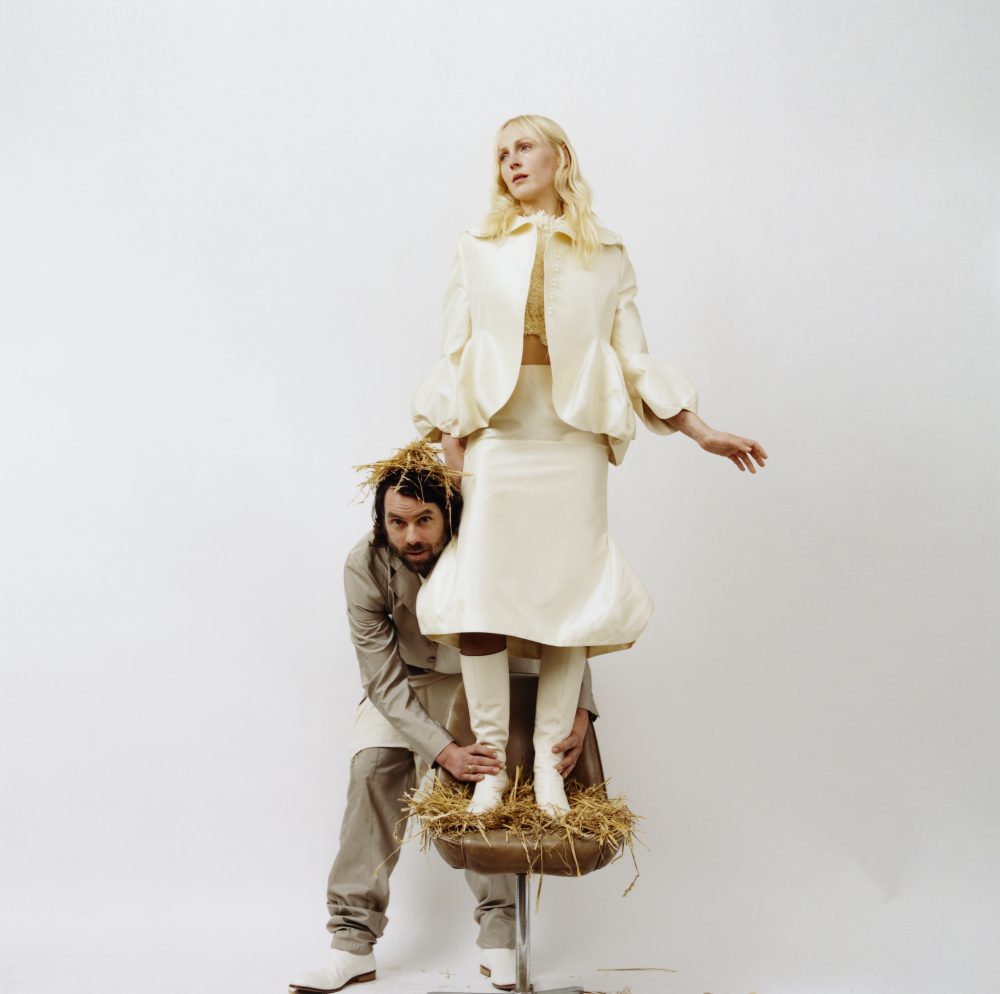 Music today comes from LUMP, Laura Marling’s side project with Tuung’s Mike Lindsay. So far there is just one song available (Animal) from their second album. Their first album, called, you got it, LUMP was released in 2016 and they are an adventure. Highly recommended if you like this kind of thing.