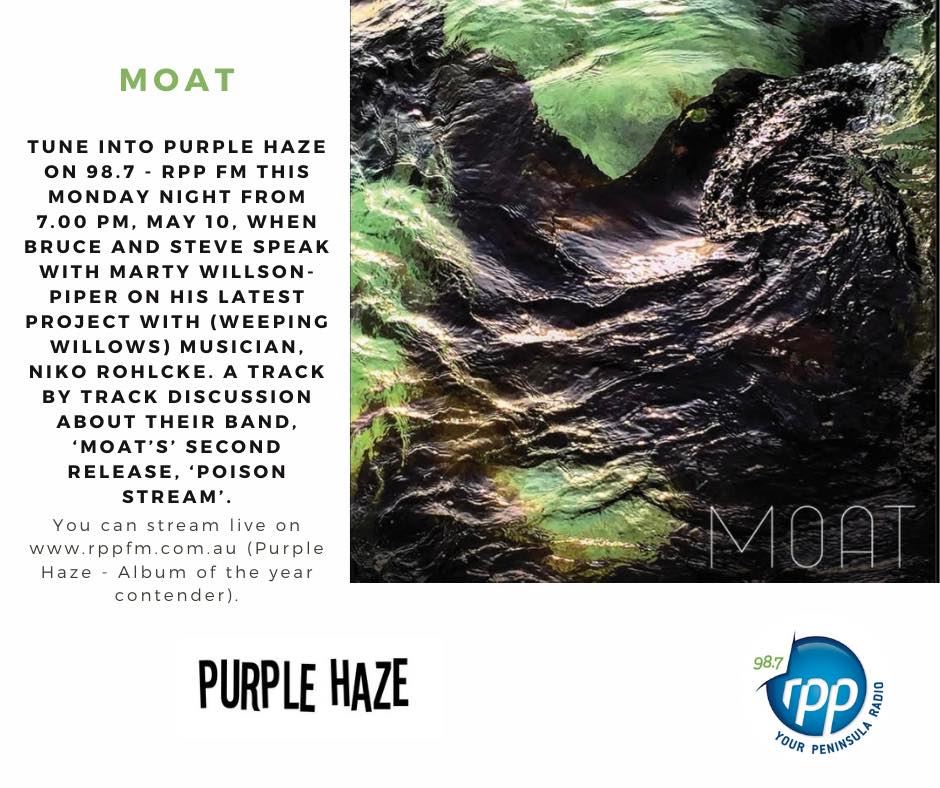 So for the European early birds, the early hours’ American larks, and early evening Australian parakeets, you can livestream the track-by-track interview for the latest MOAT album Poison Stream on Purple Haze with Bruce and Steve, RPP FM – 98.7 on your dial (7 PM Sydney time). This is pretty much the last of the MOAT press. I do have the Portuguese Channel 3 TV interview coming this week but that may be more about me coming to live in Portugal as a musician and why and how – the interviewer thinks there is an interesting story in there somewhere. I hope to be able to get something in about the In Deep Music Archive moving here and perhaps there will be an entrepreneur music lover watching who thinks that the idea of a collection like this coming to Portugal is culturally significant. An industrialist bored with money looking for philanthropic pleasure, realising that in 50 years this collection of music, vinyl, CDs, 78s, cassettes, 8 tracks, digital cassettes, laserdiscs, VHS, DVD, all the guitars, amps, effects pedals, memorabilia, books, lava lamps, and strange artifacts, will be treasured, I hope there will be an ancestor around to run it.

I didn’t make it out of the house today with three seshes – Arktik Lake Tony in Sydney, Rajan in Brooklyn, and Gavin in Bend, Indiana. I love these trips around the world made possible through technology. The positive side of progress. When I see those ornate buildings built around Europe 150 years ago you wonder at what cost of the human workers that built them. It seems that progress always means someone gets hurt. But then look at our lives, those of us that were lucky enough to be born into sanitation and stocked cupboards. It seems that progress whilst improving equally destroys, what’s that all about? Is it the good and evil theory? Does there have to be a balance of both? I call it negative progress, not because of the progress itself but because of the lack of progress that simultaneously exists. I was reading today about the terrible bomb that killed scores of girls leaving school in Afghanistan – true evil.

Dayanis, Hawaii’s owner, and her friend came to visit today. They brought some cat litter and food. Hawaii was on top form turning over a table whilst they were here when I was seshing with Gavin – it went over with quite a crash and was quite a shock. We showed Dayanis the smashed mirror and then told her about how cool Hawaii is whilst ignoring the evidence of destruction. You can forgive a creature as beautiful as this one for almost anything and in the end, nothing is a cat’s fault, it’s all your fault for having a pet.

I was playing my Chinese Squier Strat (120€ new) today with Tony, tuned to G. I have it mainly to have an indoor electric, kind of like having an indoor cat. Not to be let out of the house. Perfect for practicing tricky Anekdoten songs and playing some lead guitar if I ever get to learning and working in my home studio. I haven’t had a chance to work on anything Logic Pro and I wonder if I will ever. The days are so full, but what do I stop? Seshing, writing, language learning, keeping fit, collaborating? I suppose I could watch less football but then I’d have no relaxation time at all. All the records I listen to seem to be whilst writing or pottering around. Researching some new records, researching some old records, following up on recommendations, video and streaming is also time-consuming – and enjoyable. I guess you have to make sacrifices because we live in a world of so much information, entertainment and most of all possibilities, you just gotta make the right choices. 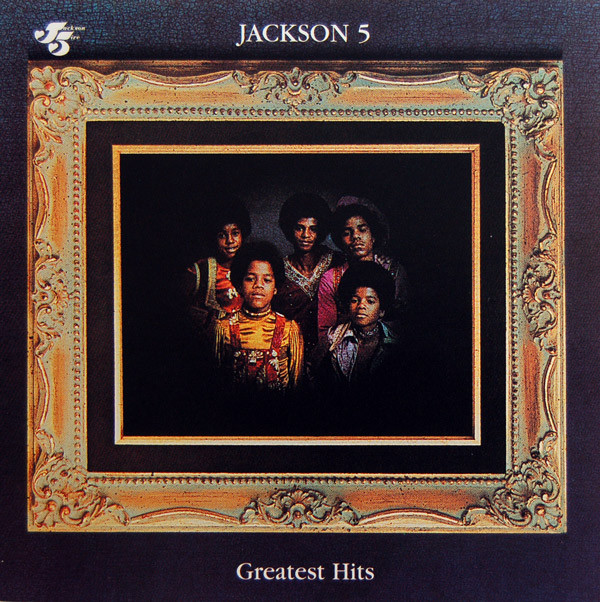 Music today had me listening to two albums with men with high voices, Greta Van Fleet’s The Battle At Garden’s Gate (2021) and The Best Of The Jackson 5 (1971), both kids.