I awoke today at 11.30 AM and as I was getting breakfast before my sesh with Arktik Lake Tony in Sydney, the doorbell rang. I didn’t actually ask who it was on a Sunday at midday, I just pressed the buzzer. I think they must have pressed various buttons downstairs because there was a voice saying “Sim?”. I hung up and opened the front door trying to stop Hawaii from escaping. We usually do this and wait for the lift to come up and it’s usually the postman with a package. But today as I opened the door I realised someone downstairs had been pressing random bells to get in. As I looked down the corridor outside our front door there was a man standing by the lift. I recognised him from the other day but I suppose he didn’t recognise me because he’s blind. I saw him coming out of the building with his white stick. He walked out onto the pavement and he immediately walked into something by the wall near the outside door. It’s like he’s new here, so he hasn’t got to know where things are yet. Today when I saw him by the lift I became confused because he was calling the lift to go down (we are on the top floor) but he had no stick, he was holding a mask so I imagine he was heading out, but where was his stick? He spoke to me and I could see his eyes were closed, I noticed that the other day. It reminded me of the time I was in Truro in Cornwall when I bumped into a young bloke and I said to him, “Sorry mate, I didn’t see you there” – “Me neither,” he quipped, it was then that I realised he was blind. Back to today, I spoke to the man in Spanish, he asked me if I lived here and I understood that question and knew the verb to reply. He said something else to me that I didn’t understand and then I tried to explain why I was even in the corridor. He didn’t speak English, I didn’t speak Portuguese and my limited Spanish only allowed me half the conversation. But the question remains. What was a blind man doing, getting the lift down towards the street without his stick, when he didn’t seem to know the terrain at all?

Last night about 3 AM Hawaii had one of his silly half hours and proceeded to knock the mirror off the chair in the bedroom. It fell with a giant crash flat onto the hard wooden floor and shattered the glass. We have a cat. The mirror is replaceable because it was one of those cheap IKEA full-length mirrors and we’ll be able to get another one for 30€. The reason it was on a stool in the first place is because Olivia is tall and she couldn’t see her head. After he’d knocked it over he was back in the room biting the corners. Before it happened he was hanging by his claws from the curtains. We have a cat.

The Man U – Liverpool match was postponed today because the Man U fans invaded the stadium before the game started and the teams never got out of their hotels because of the unrest. They were protesting at the Man U owners and the Super League concept as well as general discontent about the running of the club. Lewis Hamilton won the Portuguese Grand Prix and the Snooker final stands at Selby 10-Murphy 7. I’m not sure what’s happening in the curling or the lawn bowls.

Sesh with Jed today, a new song, our tenth for the second record. We looked at some tweaking for three of the songs and I came up with a catchy chord progression from arpeggio land. It makes you wonder where new ideas come from. It was some kind of Here Comes The Sun meets There She Goes but absolutely wasn’t either, let’s see what Jed comes up with. Tony sent me a track today that we had been working on and it had strayed into mellow territory, we’re going to have another go at it after listening to Heartbreaker from Goats Head Soup. 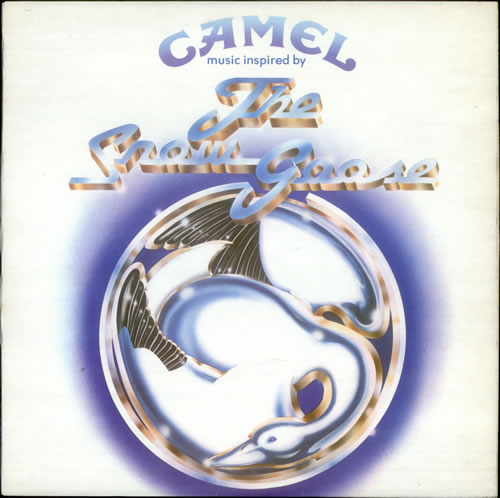 Music today came from Camel because Hawaii keeps on arching his back like a camel. I saw Camel play their 1975 Snow Goose show, sold out at the Liverpool stadium. If you like that album you may like the Atlantaeum Flood album, One Day, I recorded in 2019. It’s instrumental and has lots of cool lead guitar if I do say so myself. The first camel album isn’t on Spotify for some reason. Tragically, keyboardist Peter Bardens was diagnosed with a brain tumour and died of lung cancer aged 57 in 2002. Guitarist Andy Latimer also had a terminal disease but he got over it. Drummer Andy Ward had alcohol problems and Doug Ferguson disappeared. Still, great music if you like that kind of thing.