The cult was at it again today, they sing and shake tambourines every day around dinnertime. I suppose The Cult also sing and shake tambourines, but it’s not always around dinnertime. It’s always female voices in unison, it’s like a hippie sound, don’t get me wrong I’m not complaining I’m just trying to figure out what it’s all about. It’s all happening at the ground floor flat across the way, the one with the turtles. The man that lives there is long-haired and could as easily be a chef, a musician, or a teacher. It’s the regularity that’s odd, every day now for a week, weekday or weekend. Is it a rehearsal? Is it a summer get-together thing? Is it a group? Is it a religious thing? It’s one of those harmless mysteries that leave you wondering. Is there food? Haha. I think it’s the tambourines that make it weird, make it sound like a cult. It doesn’t sound like kids, more like young adults. I keep on imagining them in long green dresses with long straight hair and a headdress of flowers. But perhaps it’s some kind of Portuguese folk music, the Peter, Paul and many Marys of Porto? I’ll see if it continues in the week. The good thing is that I don’t feel like we’re the only ones making a racket. 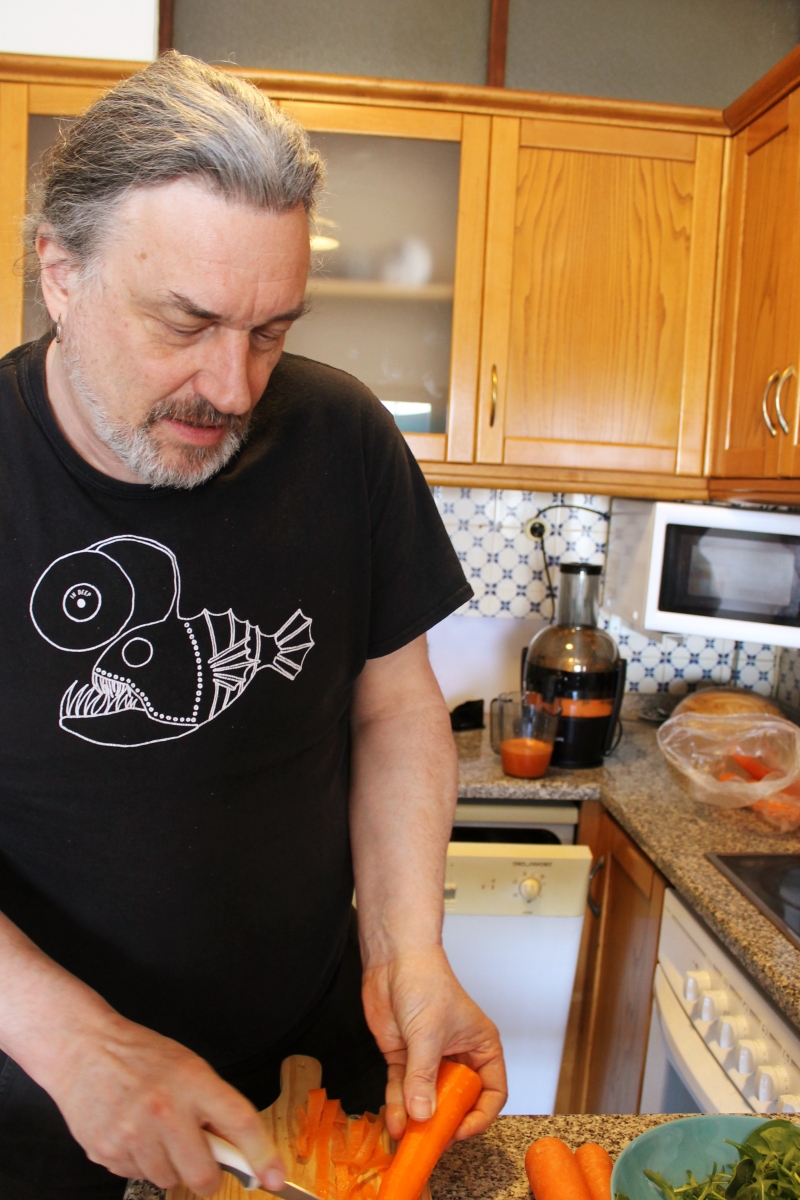 Tomorrow is the big day with all the shops reopening which means I’ll finally be able to get that yoga mat and the guitar stands and the butter dish and the masher. I bought a juicer the other day, it took me a week to get to open the box but now I have I’m in freshly squeezed carrot heaven. It’s soooo nice, it’s sweeter than Coca Cola and doesn’t rot your teeth. What is the catch? How can something so healthy be so nice? I guess you can drink too much of it and turn into a carrot or at least start to look like one. I’ve really got into the habit of fresh fruit and vegetables for lunch and breakfast, mango, papaya, rocket, spinach leaves, cucumber, kiwi, strawberries, avocado, olive oil. I may actually be able to stay alive.

Three seshes today with Tony in Sydney, Jed in Minneapolis, and Mike in New Orleans. All projects steadily moving forward. We should have some release dates for songs from Ahad Afridi et moi, Space Summit, Arktik Lake, and a song with Craig Douglas Miller in Atlanta soon. A busy day of music and emails and texts about music and projects, it’s busy but great to be involved with so many cool talented people. It was also super cool to play a Skype concert on Saturday, actually playing songs to fellow humans. We have three more booked in the coming weeks. If you want to have us play for you, please give us some advance notice and send us your wish list and we’ll do our best to adapt the songs to voice, violin, and 12 string.

Football was heartbreaking today as Fulham struggle to stay in the premiership and held their 1-0 lead against Arsenal till the 96th minute and then tragedy. It could be the final blow with half a dozen games left to play. Snooker championships are on the BBC but I can’t watch it here in Porto, now that’s tragic. It’s the most relaxing game to watch in the world, marvelling at the skill and the beauty. If I were a millionaire I’d have a big snooker room but I’d also have a pool room (and a pool) because snooker is so hard I’d have to be content with playing pool and have the In Deep Snooker Championships at my mansion.

Deep Space Nine was actually heavy today, Worf on trial for destroying a passenger transport and killing over 400 civilians, and Miles being imprisoned for espionage. Good dialogue in the Worf episode and good concept in the Miles episode. They imprisoned him for 20 years but virtually so it was only a few hours but he remembered it as 20 years, damage! 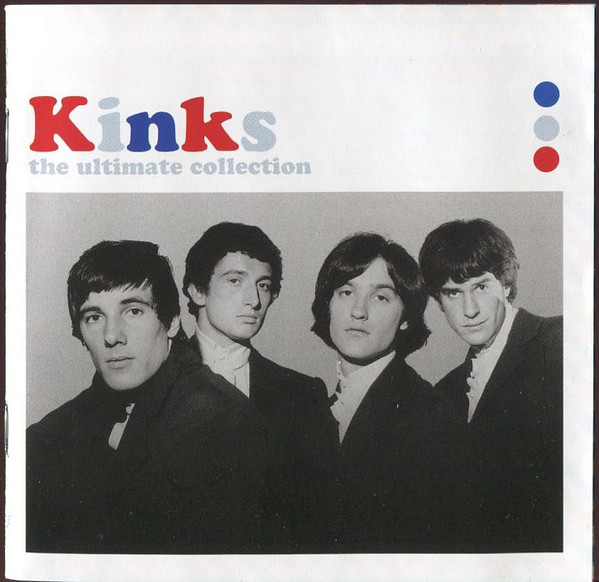 Music today has been bitty again but I finally settled on The Kinks‘ Ultimate Collection (2002). Great songs, some dodgy production on the later songs and some fantastic production on the early songs. If you listen to Don’t Forget To Dance and hear the damn drum machine ruining a good song and compare it to anything sixties into seventies…it’s so frustrating when technology blinds you to quality and taste.