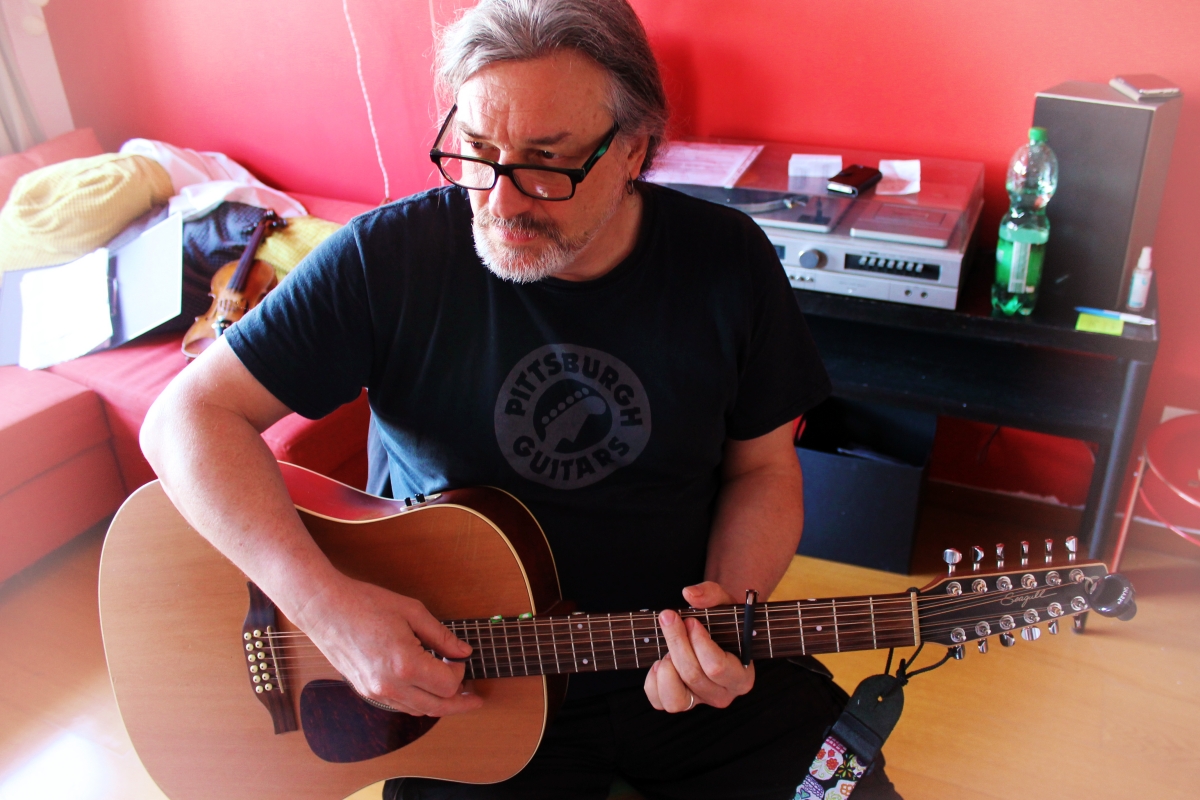 Rehearsal day for the internet concert on Saturday in Sydney but I went to bed earlier feeling ‘off’ last night so I got up before Olivia and decided to go out and get those cards with the misspelling of our name sorted. It was hot and I was glad to get out of the house and enjoy some Porto vibe. I took photos, admired the buildings, gazed up into the bright blue sky, and stepped in and out of the sun as I took photos on both sides of the street. Living in Southern Europe reminds you of a glorious past in decay but also the aesthetic beauty of places like this with houses painted in bright primary colours or tiled in exquisite recurring patterns. Even the ruins are beautiful. They fixed our cards at the pool and booked me in for next week’s swim and told me more times are now available. (They are so nice there.) It means that things are opening up here and all the shops will be open from Monday, inside restaurants and cafes on May 3rd. Just in time for us to have our first night out in the city on my birthday, May 7th.

Today is the 24th anniversary of the release of the Seeing Stars album which has no plans for a rerelease at this stage. Although people liked it a lot, it was really just demos with a good vibe and I always hear that when I listen to it. It makes you think about the concept of over-production, records that are so produced that they disappear. Searching for that line between energy and expertise is elusive and you can hear when the balance isn’t right. Of course, it’s not a demand of everybody, and some people like super slick productions, and other people like raw untreated recordings. Then there’s the music itself, different kinds of music need different treatments. I was listening to some of Thurston Moore’s Chelsea Light Moving (2013) but it was so obviously trying to capture energy at the expense of tuning and I soon had enough of it. Julian Cope has that going on too – records that were terribly overproduced and records that were terribly underproduced. Somewhere in between is a great artist.

We managed to take the revolving lamp that didn’t revolve back to the shop. The lady in the cheap stuff shop from China was happy to have it returned, unlike the other cheap shop that wouldn’t take the trolley back after it broke in 24 hours. I suppose you can’t get a guarantee on rubbish or show concern if you’re selling it. The lesson is if something is a third more expensive, it might just last a lot longer and it’s worth the investment instead of buying the same cheap thing three times only to have it break whilst the expensive thing lives on. It’s not always true but beware the bargain shops, they cost you more in the end.

Olivia is supposed to be a bridesmaid at a wedding in Germany in May and her dress arrived today. Sounds lovely, except, she’d left it in England and our friend Aram sent it to us. It cost £45 to send and then there were customs admin charges of 12€ and then the duty of 34€. It wasn’t commercial goods, it was just a dress for a wedding that might just be cancelled. Extortion comes to mind! The postal costs have become silly and I can understand why people are happy with their streaming. I recently ordered the Priest=Aura reissue. Three months later I get an email saying it’s no longer available. I did manage to find one yesterday in France but it’s going to end up costing me 60€ to get it – you know I have the original German vinyl but I just wanted one for the archive. I can’t even have it sent to the archive, it has to come here because the duty in England will take the price up to some ridiculous number. No wonder it’s hard for musicians to sell their wares when all this music is there online anyway. You pay so much to have that piece in your hand. I appreciate anyone that is as mad as me. 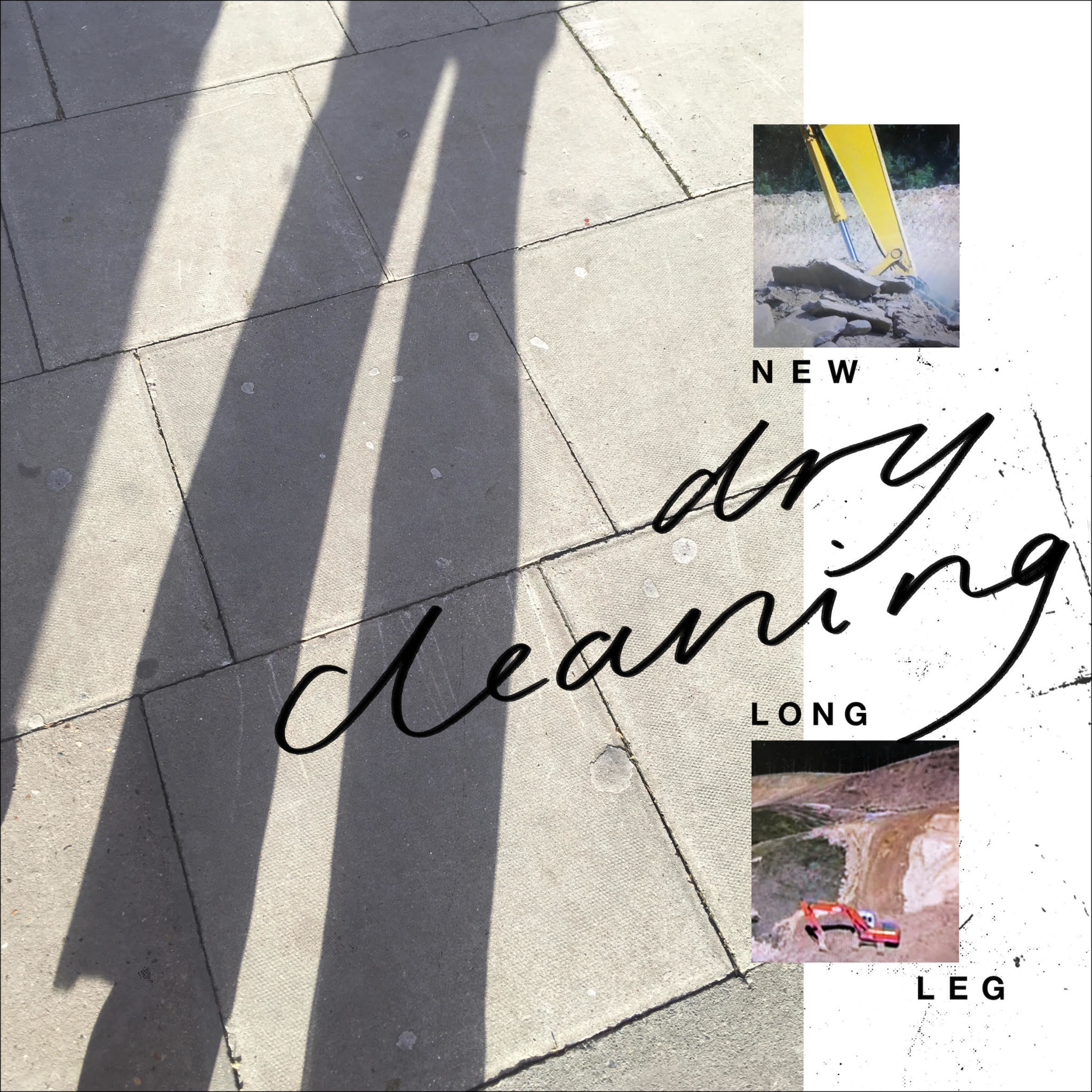 Music today came from the latest so hip nothing can go wrong four-piece Dry Cleaning and their debut album New Long Leg (2021). A band playing instrumentals with a girl talking over the top, sounds uninspiring but you know, it’s the attitude that works. Deadpan delivery, observational, philosophical, and mildly amusing despair.

Followed by Lucinda Williams‘ Good Souls Better Angels (2020), as deep and meaningful but American and more traditionally delivered but her world-weary vocals land a punch on the lyrics. I listened to this today because my mate Derek told me today about the new album, a tribute to Tom Petty which I immediately ordered but it’s not online yet. So I had a Lucinda craving. Great music if you like that kind of thing.