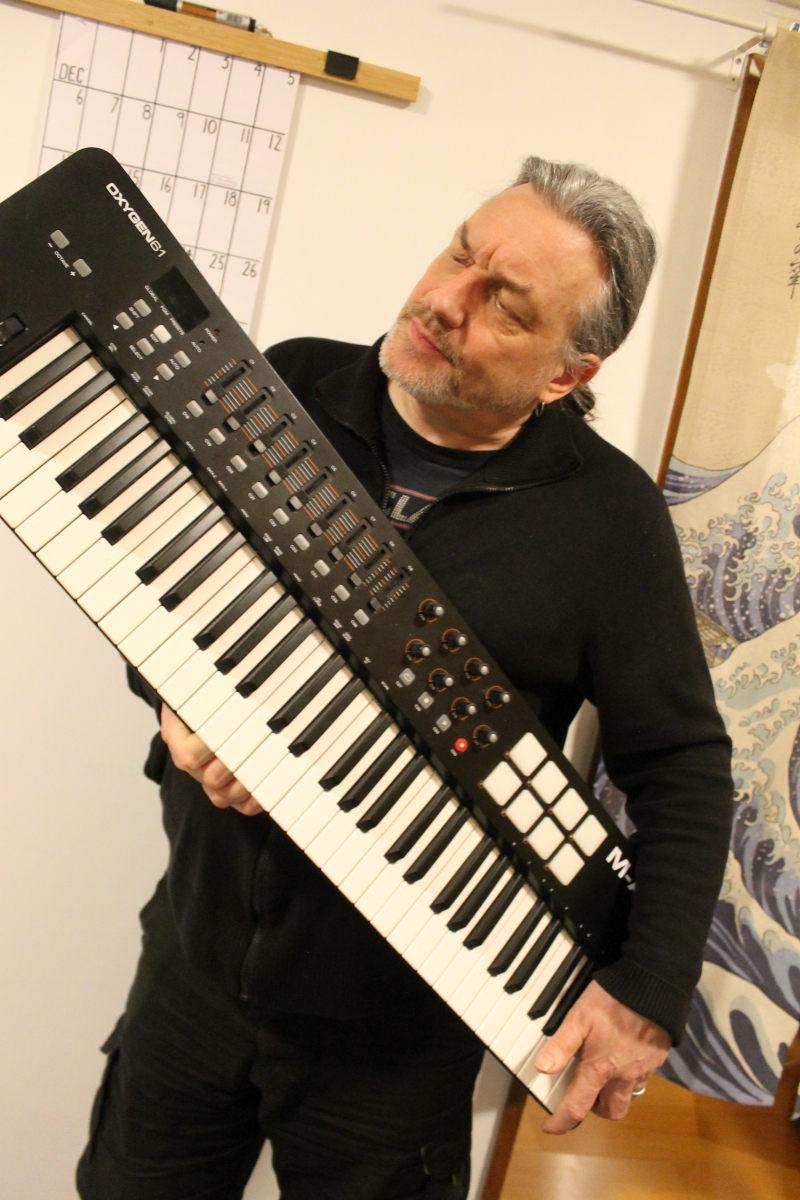 It’s light outside, it’s warm outside, it’s nearly 8 PM and the window is wide open. The summer is really here now. Two seagulls sit, still like ornaments, on a roof across the way. Below us in the building opposite the paint has peeled with years of neglect, a lady is hanging her washing. She’s straightening her young daughter’s jacket who is popping out onto the balcony in between playing video games, the computer desk is by the balcony door. There are other signs of life in this block of flats with its corrugated roof and ugly facade. More washing being hung, generally out of the window on a precarious line as is popular in these parts. The building gets the sun in the mid-afternoon and you often see residents sitting and enjoying it with a glass of wine. They can’t see the outside of their own building – it’s better to live in the ugly building looking over the beautiful one than the other way ‘round.

I didn’t make it out today as I had three sessions with Tony in Sydney, Brian in Florida and Doug in upstate New York. In between, there was the Sunday relaxing sports, England vs Albania, although it’s never relaxing watching England play. Spain vs Georgia and the snooker final Ronnie vs Robbo. Classic disaster, the ITV hub didn’t work so I missed the England game (they won 2-0) and had to watch the snooker after midnight, Ronnie was hammered. French was good, dinner was great, Deep Space 9 was ok. Life takes up so much time, you just have to plan every second especially when you’re older, you could wake up at 75 and have seen a lot of Netflix. The entertainment choices are so big, you can understand why old hobbies like stamp collecting have fallen by the wayside, who can compete with the visuals that today’s entertainment has created? From the balcony, I saw the lady’s daughter playing some crazy colourful game with bangs and crashes. It wouldn’t occur to her to pick up Jonathan Swift’s Gulliver’s Travels or Voltaire’s Candide maybe she might like to listen to Dua Lipa or Beyoncé and that’s actually ok, she’s 9, she’s not going to be looking for Amon Düül’s Yeti album. It’s just that times have changed so much and to think that I didn’t have a computer or a mobile phone till I was way into my thirties, what a different life we have led – that’s Led Zeppelin not L.E.D.

As someone who likes to watch football, snooker and other sports sometimes, I wonder at the silent concentration and respect the audience has for the snooker players, it’s a sophisticated and skilful sport but so is music and when you think of those gigs where people talk through your sophisticated set, it’s frustrating. It’s obvious that some gigs are snooker competitions and others are football matches (I despair at the racist element) but then I despair at the lack of sportsmanship in the crowd. Today, nearly every time the Spanish players got the ball the Georgia crowd (yes there was a crowd) booed and whistled. If that’s how it’s going to be I don’t look forward to the crowds returning. Why can’t they be civilised as well as excited and supportive of their team, must they antagonise the opposition?

I wonder about fashion. We had ridiculous tight pants and colourful shirts, although I never really wore the paisley, on the cover of Heyday my shirt is more of a Western shirt. In the seventies, I had brush denim loons and a scoop neck T-shirt with flared sleeves and tassels. I started to worry when sports clothing became the hip music wear (they were probably worried about the tight pants). Baseball caps and introspective music don’t really go, tracksuits and Pink Floyd? Nike and The Beatles? But I bet there’s some sports clothing at an FKA Twigs gig but her music doesn’t sound very sporty to me. Every week all those people at sporting events, imagine if the crowd was as excited about the performance of the songs of their musical heroes as they are about the performance and the goals of their sports stars – so excited that they went to see them play every week, home and away. But for some reason when the team is bad the fans keep coming back, when the band is bad they rarely return. 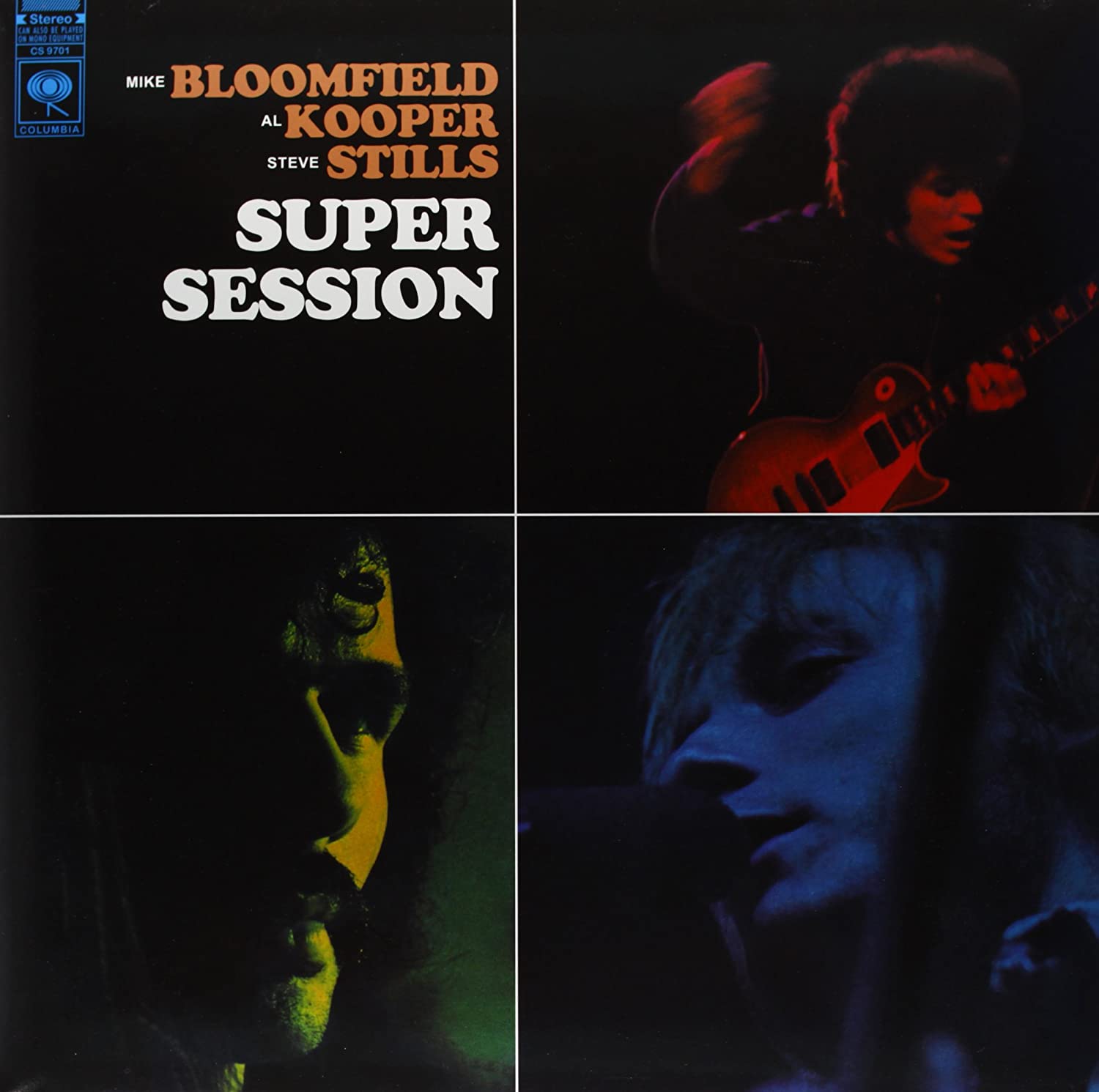 Music today has been that old classic, Super Session with Mike Bloomfield, Al Kooper and Stephen Stills. Those were the days.