Today is the second day of the daily posting of the reviews for MOAT’s Poison Stream. I’ll be posting one every day until there are no more. Today’s review comes from Shane Kirk at The Afterword somewhere in the deep mists of England.

We are still working on getting the records out to everyone. The autographed vinyl is on its way as are the non-autographed vinyl and CDs but we still have CDs stuck in customs here in Portugal and we don’t know why. We’re trying to sort it out but I’d like you to know that if you’d rather not wait for an autographed copy, we can instruct the label to send a non-autographed copy so you can get your hands on it – and then next time I’m in your hood I can sign it. If you’d rather see how it goes with the customs, that’s fine and we’ll keep you posted on the progress but one thing to remember is if they finally break through to Porto, I have to sign them and then send them back in bulk to North Carolina to be mailed out from the label. Let Olivia know what you think is best. The last of the mystery boxes are on their way, postcards and illustrated lyrics are coming but in the meantime please make sure you do enjoy the album whether it be on vinyl, CD, or in the ether.

I had an early sesh with Rohan in Sydney today, I was up at 9.30 AM (the horror) and we spoke for a while as we wound our way through his epic writing. The second I hung up my phone rang and it was the inimitable Andy Cousin, my All About Eve bandmate, bass player and fugitive. If you haven’t checked out his radio show then you might just want to take the opportunity, there’s nothing quite like it. He does it with his faithful partner Lisa Jane Mires and it’s Never A Dull Moment. 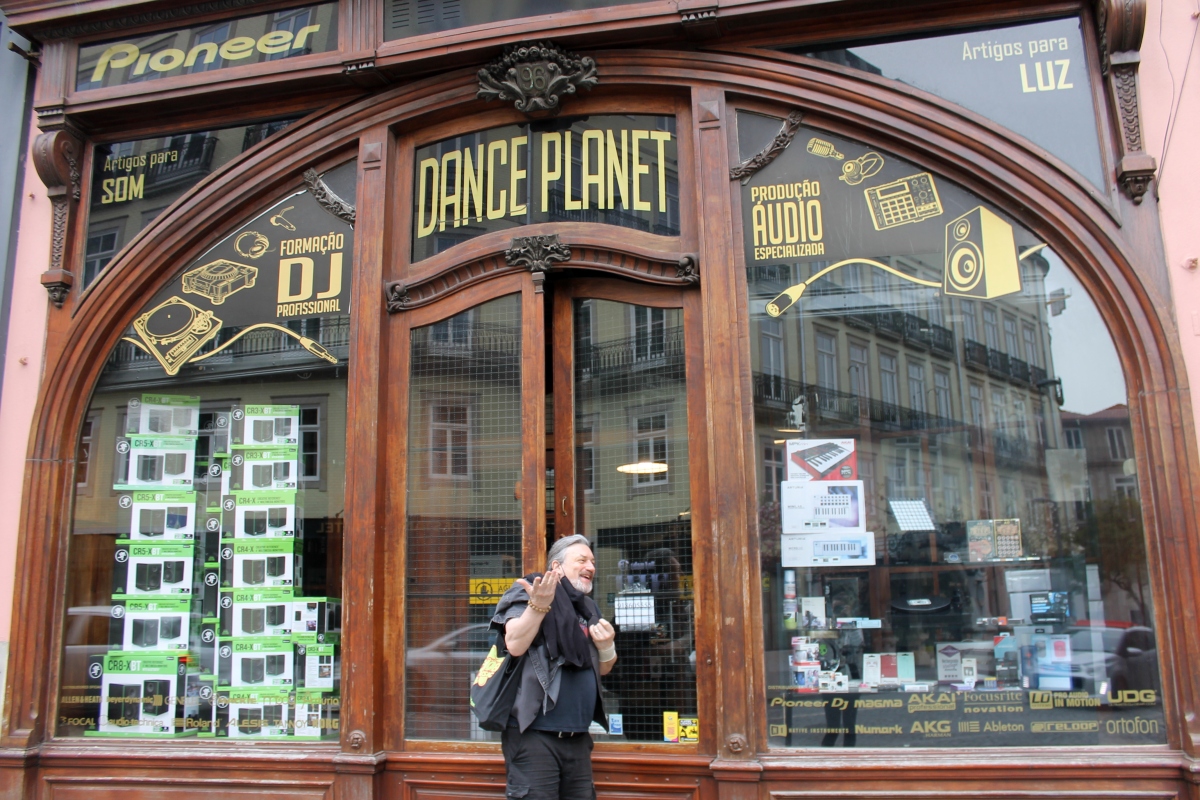 I had a sesh at 5.30 PM with Matt in Brooklyn but first I had to get back down to Dance Planet, the shop where I bought my mini mic stand, that only had the base in the box. Olivia had already left for the post office, with a tent, a week’s supply of food and water, and four parcels. By the time she left, the beards had grown beards but we managed to get down to the shop to show Miguel the box with the missing piece. He kindly replaced it and we took a pic outside as it’s an amazing building, apparently, it used to be a weapons shop.

I’ve now managed to make three important musical needs contacts here, Fernando in the music store, João and Hélder in the computer store, and Miguel in the studio store. I’m trying to put together a small home studio here so I can write, work with the sessioneers by exchanging files and generally be able to work on the vocals and lyrics for songs that Niko might send me for MOAT, Dare might send me for Noctorum or any other collaborations where I might send ideas off to people to work on. Space Summit Jed and I will be able to work more easily as will Arctic Lake Tony and I, Noelle, Matt, and those with whom exchanging files might be part of the process.

Sad to lose Liverpool legend Ian St John and sad to see that Liverpool lost again, this time at home to Chelsea 0-1. Five defeats in a row at home, I think it’s their worst ever home run since they began in 1892, that’s quite a record! I guess things go wrong sometimes but the odd thing with Liverpool is that they were riding so high – maybe that was the problem. There’s something about success that is a danger, take David Bowie – what happened with Tonight (1984) and Never Let Me Down (1987) after that run of amazing records? I suppose Let’s Dance (1983) was a sign. What happened to Joni Mitchell with Dog Eat Dog (1985) and Chalk Mark In A Rainstorm (1988)? What happened to The Stones after Tattoo You (1981)? I suppose it all started to go wrong on Undercover (1983) although others might say it was Black and Blue – l Iiked Black and Blue (1976). Hm, well, think of the amazing records they made, I suppose the eighties damaged a lot of sixties and seventies artists.

I’m not sure how those horrible eighties drum sounds affected Liverpool’s current form though, maybe they’re listening to the terrible music in the dressing room? 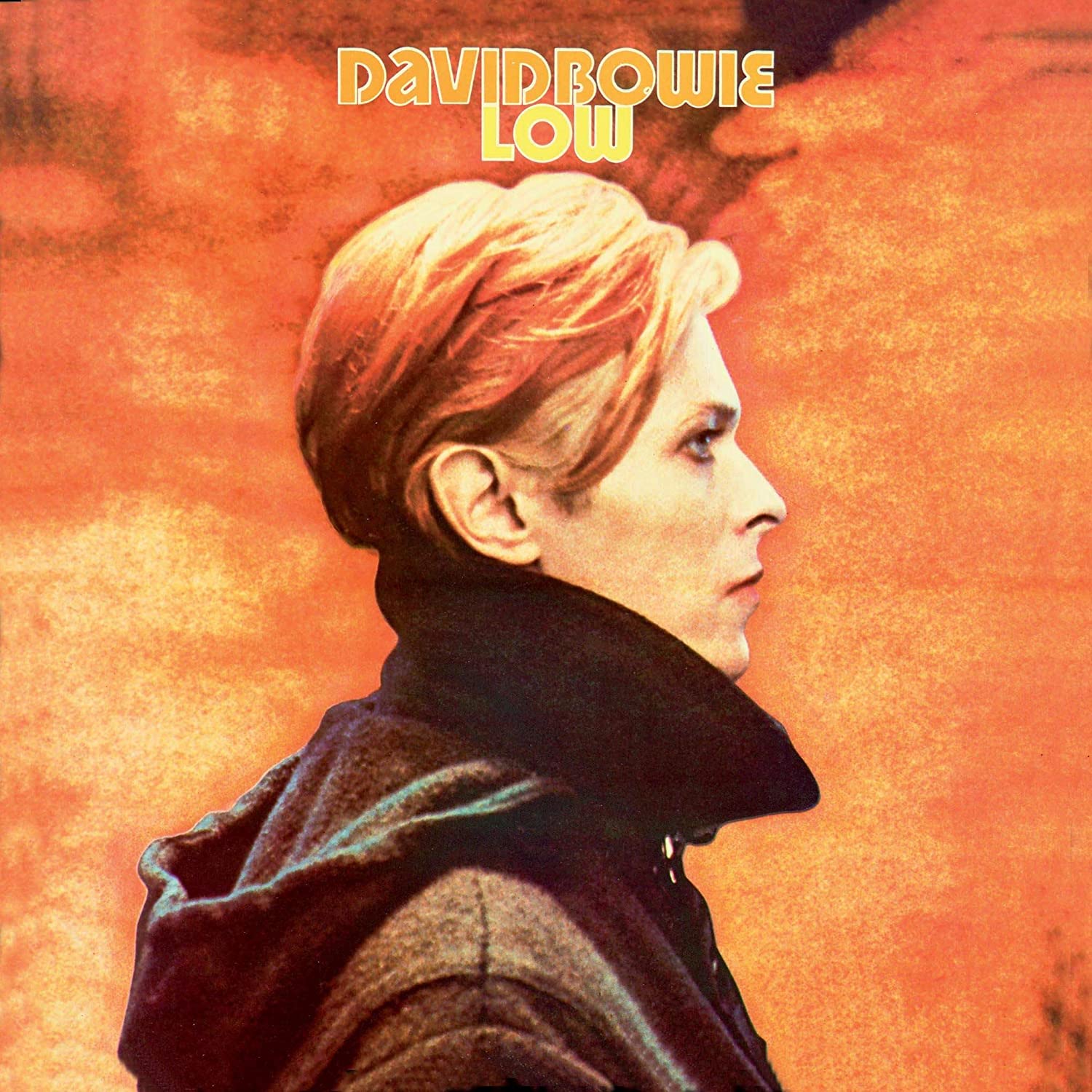 Music today has been, you guessed it, Bowie, as Rohan told me had just discovered Low (1977) and Matt was telling me how much he liked Black Star (2016). I was saying how much I liked Hunky Dory (1971) so I listened to that and Low but then stumbled across Bowie At The Beeb 68-72 (2000) and just fancied it. Great, if you like that sort of thing.