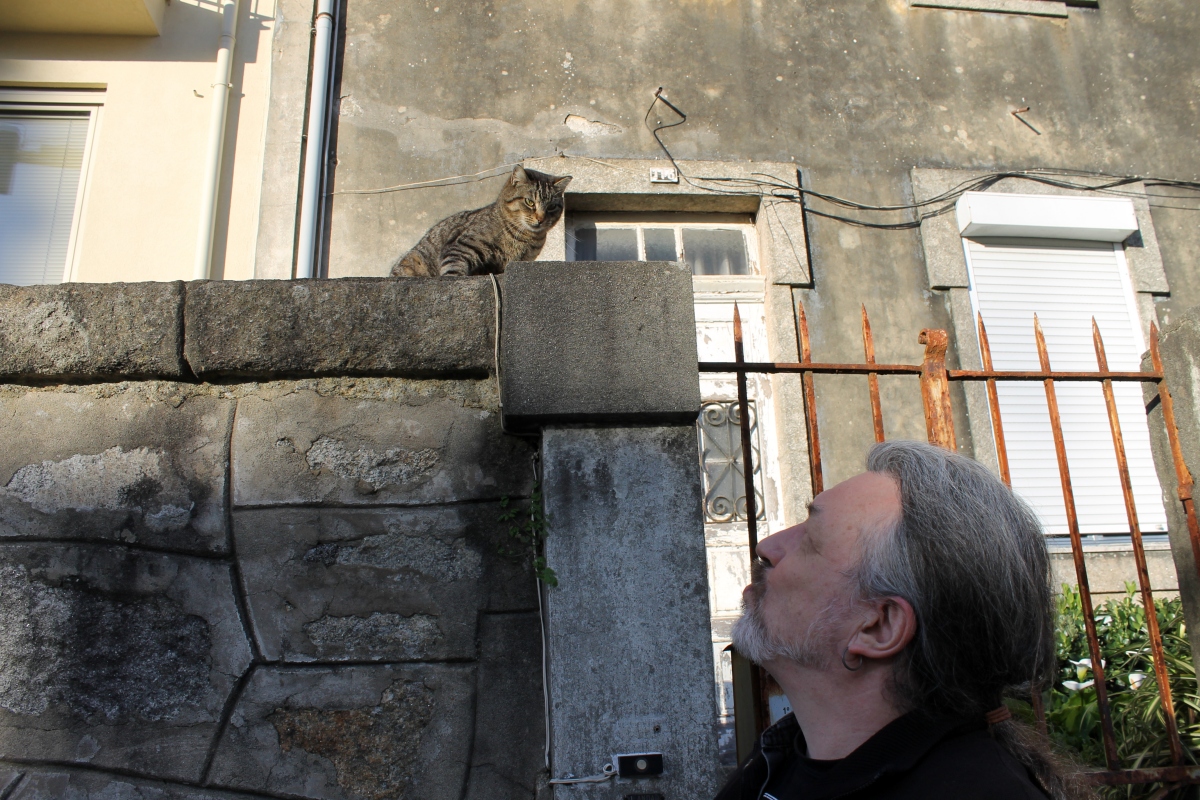 I awoke to the sound of life. Olivia opened the window to hear the cacophony more clearly – the crowing of a cockerel, a mad barking dog, sirens, home improvement drills, seagulls and somewhere what sounded like that distant hum of traffic which seemed unlikely as we enter our sixth week of lockdown. Out of our window, I could see the dense cramping of structures and that that’s recognisable in southern Europe – washing lines in the cities hanging outside the buildings. This is something you never see in northern Europe and although it’s still winter here, it must be the habit of quick-drying in the Mediterranean climate that stays warm for many months. North of here, sure, it gets hot in spurts but there’s always the expectation of rain even in the summer, the message: Dry the clothes inside unless you’re really sure. The clouds were a surreal painting, billowing over a blue backdrop and as I opened the window a light breeze moved the curtains and I imagined them as tall extraterrestrial beings robed in green materials, hovering in the corner. In the bedroom the silhouette of a ladybird on the net that doubles up against the cloth, the promise of spring. In the distance beyond the city, you can see the mountains, the advantage of living high on the fifth floor seeing above the buildings instead of having them looming over you, dominant and suppressive. That escape to the mountains is coming.

Out of the window, I see unpainted buildings, ragged and peeling like they used the wrong paint and patios with attempted gardens, plant pots, and summer chairs. There are mixed trees, firs and palm trees in the same backyard and others I don’t recognise but I was never good at trees anyway. I see a beautiful ruined house next to a row of inhabited coloured blocks. The regular two seagulls sit on the low-corrugated roof, eternally waiting as if they’ll never see the sea again. Pigeons sporadically join them, aware that there’s something going on noticing that they are waiting for what might just be food. Food, the demon food, that which we are over-consuming right now as we stay in and don’t get enough exercise. I did nip to the bakery for pão da avó today but they were sold out and bought three other equally appealing rolls instead, part of the reason I went was to see the day, however brief it might be after late bed last night and late rise today, plus an interview with Naomi at Louder Than War at 4.30 PM, takes away the remaining light. Lastly on the bakery, yes, I did manage to avoid the scrumptious Portuguese cakes. 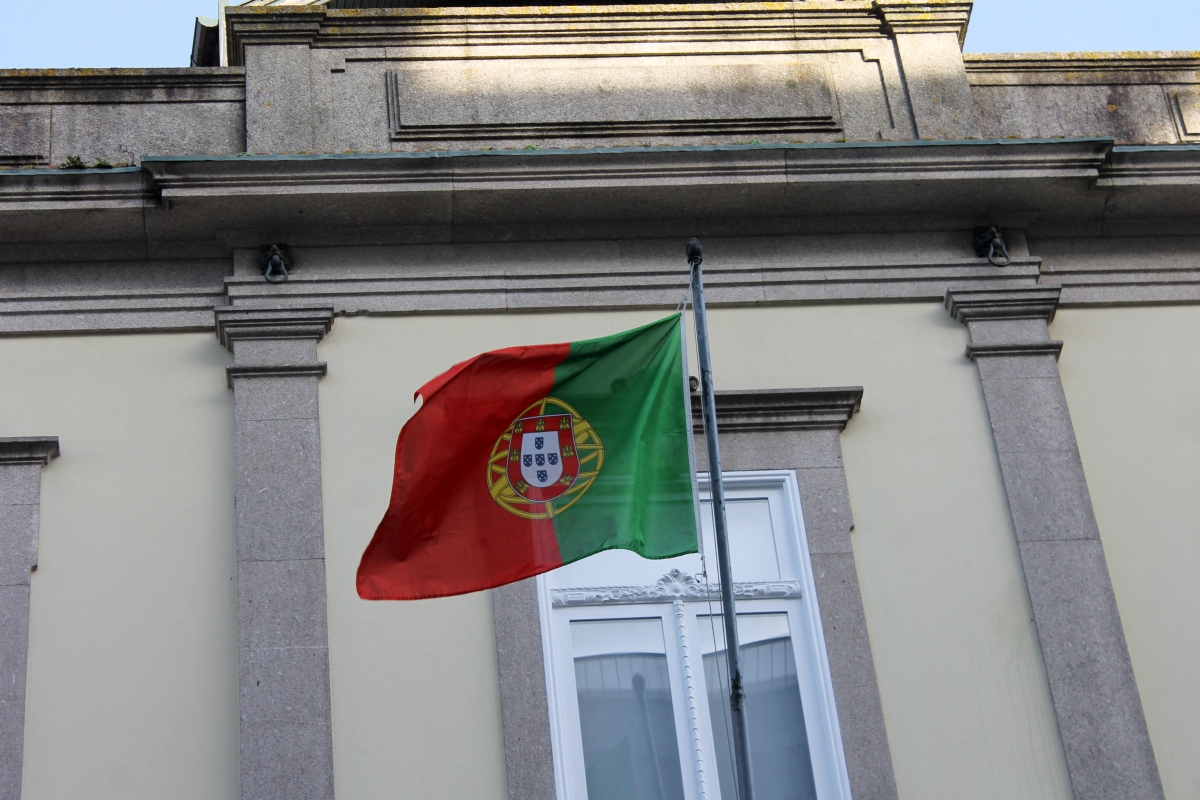 One of the usual ‘ladies of the day’ strolled around outside on the opposite side of the road and by the recycling bins, there is an old lady in complete contrast who is also often there but with a rather different approach to the universe. She is always brushing the pavement, cleaning up but today the wind took everything out of her dustpan as she approached the bin and blew it all back onto the pavement. But she just left it and walked away, as there was so much garbage around the bins anyway. She has her spot that she keeps clean but usually, a lady like this would be in front of her house where she’d lived for decades but this lady sweeps in front of a communal garage and an arcade, it must be general civic pride.

Later when I looked out of the window again, the clouds had gone and the sky was a rich blue, and there, high in the heavens was a clear moon, partly shadowed but firmly posing the question, ”What the hell is going on in the universe?”. You could see the craters, the scars of a dead world, and as we now reach Mars one wonders will we ever find out about other life in the galaxy either buried in the past or approaching from a distant star careering towards us from the future – friend or foe? 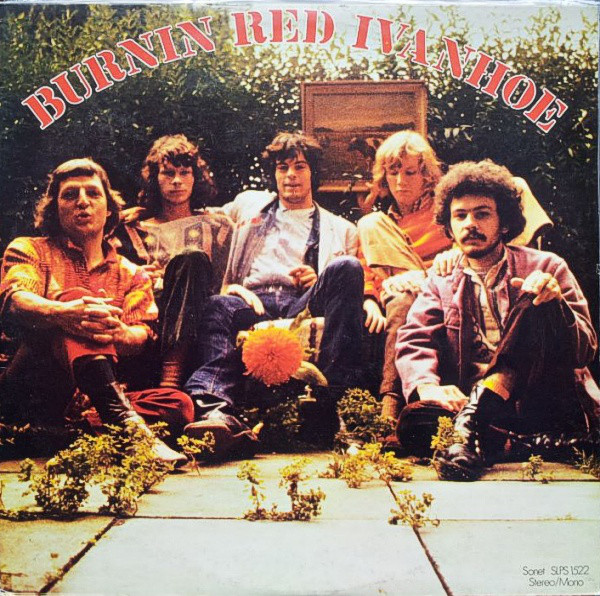 Music today has been Denmark’s Burnin’ Red Ivanhoe, a fascinating blend of Blues, Psychedelia, Rock, Progressive, and Jazz in true Scandinavian style that makes them stand out against bands south and west of Denmark. I started today with their 2nd self-titled album (1970) and it reminded me of Traffic, something there strangely both reminds me and separates me from them, I think it’s the soprano sax and as Traffic fans will remember Chris Wood played flute and sax (but not soprano). Co-produced by John Peel and Colosseum bassist Tony Reeves, the lineup is below:

This is a band that is so off the radar. Although they were formed over 50 years ago and made so much great music there is no English Wikipedia page. This was the first album I heard by them with its prescient title – W.W.W. and with the same lineup it succeeds in this odd mixture of styles. Really great – if you like this kind of thing.