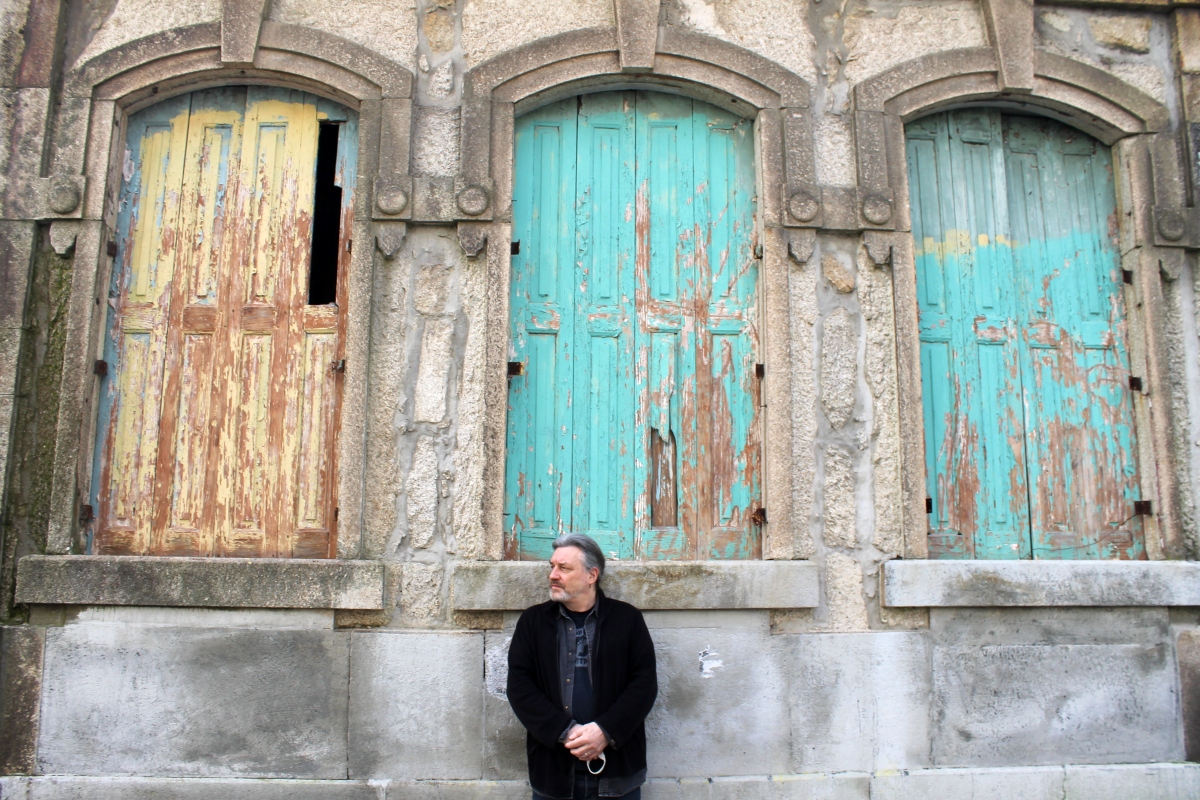 A strange trip to the centre of the universe (the supermarket) today. Halfway there, approaching the traffic lights, dog dirt on the pavement, I jumped to avoid it and landed right next to two dismounted police motorcyclists, a man and a woman. The cross light was on green as we went to cross, the motorcycle clothing clad uniformed lady said something to me in Portuguese. I responded that I didn’t speak Portuguese and took a step back. Were we in trouble for being out during lockdown? Were we going to have to explain what two foreigners were doing running around the streets jumping over dog dirt at the height of a pandemic? Did I have my approved residency papers with me to accompany my passport? No, I didn’t. I did have my passport though for this very situation. Both officers were armed with handguns on their hips and for all the travelling I’ve done in the world and all the places I’ve been, I’m still English and seeing guns on uniformed hips still freaks me out. As I approached the two officers, the crossing light changed to red. So we were standing next to them as she prepared to speak to me in English. She looked at me with a very serious and stern look on her face, her partner standing upright beside her and she said: “It means you’re going to get a lot of money if you step in it”. They then exchanged words with each other in Portuguese, threw their legs over their futuristic motorbikes and rode off. 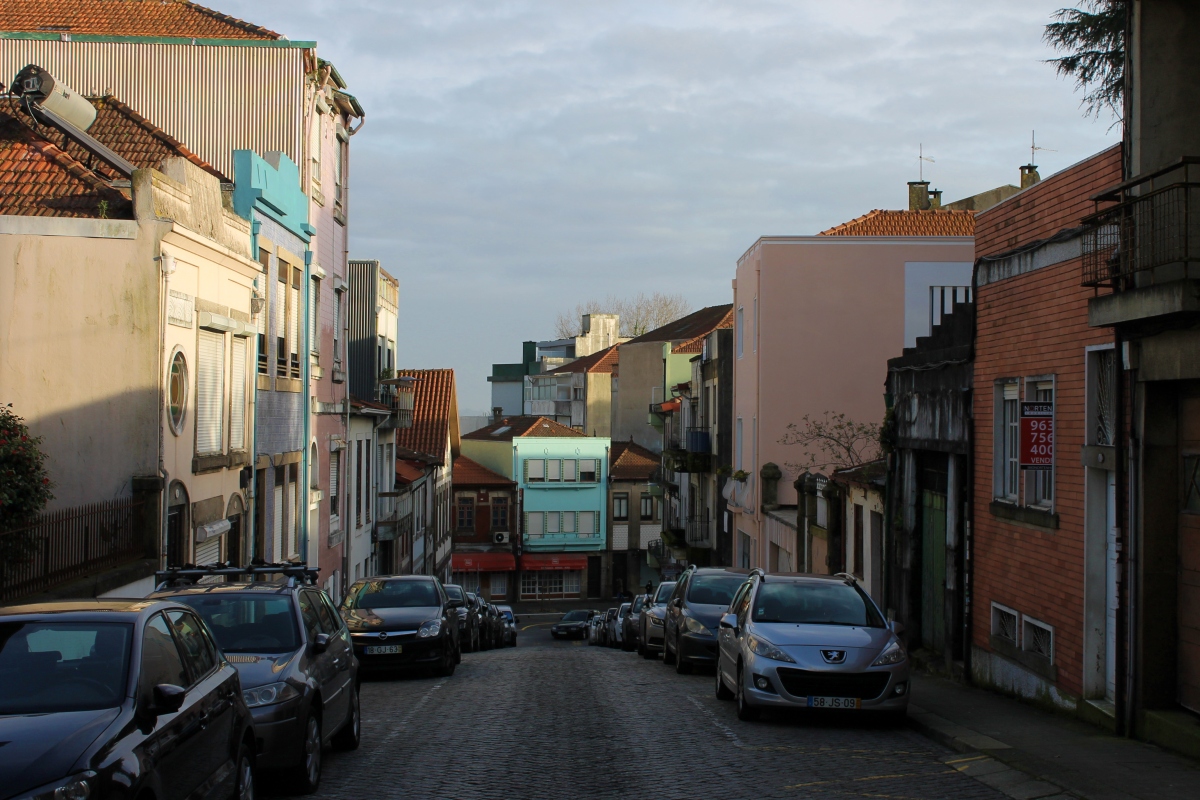 After this fascinating exchange that had me confused as to whether I was in trouble or going to be rich, we continued on our trip and found ourselves in a street we’d only been in once at twilight on return from the fascinating, mythical supermarket. This time I could take photographs, I had the light but I didn’t really have the time so I told Olivia to go ahead in case I didn’t make it for the last entry. In fact, I did make it but happily sneaking in the last minute with a camera full of images. Yes, more doors and shapes, colours, odd angles, beautiful houses, tiled blocks, derelict edifices with swinging paint-peeled wooden shutters. There’s so much of this in Porto, some buildings roofless, others with concrete built into the doors and windows to stop people getting in, probably for their own safety. The colours are different to England, what is it about Southern Europe, South America and all the Latino countries that celebrate colour in the kitchens (Frida Kahlo), on their outside walls and window frames? Why is middle Europe so dull? Why do car parks have to be grey concrete, why do flyovers and bridges have to be grey concrete that starts to collect dirt and damp patches, dirty streaks and horrible stains? Why can’t they mix a powder blue into the concrete, a mild pink or even a dangerous deep red, forest green or daffodil yellow? The dour white men at the top have no imaginations, that’s why. 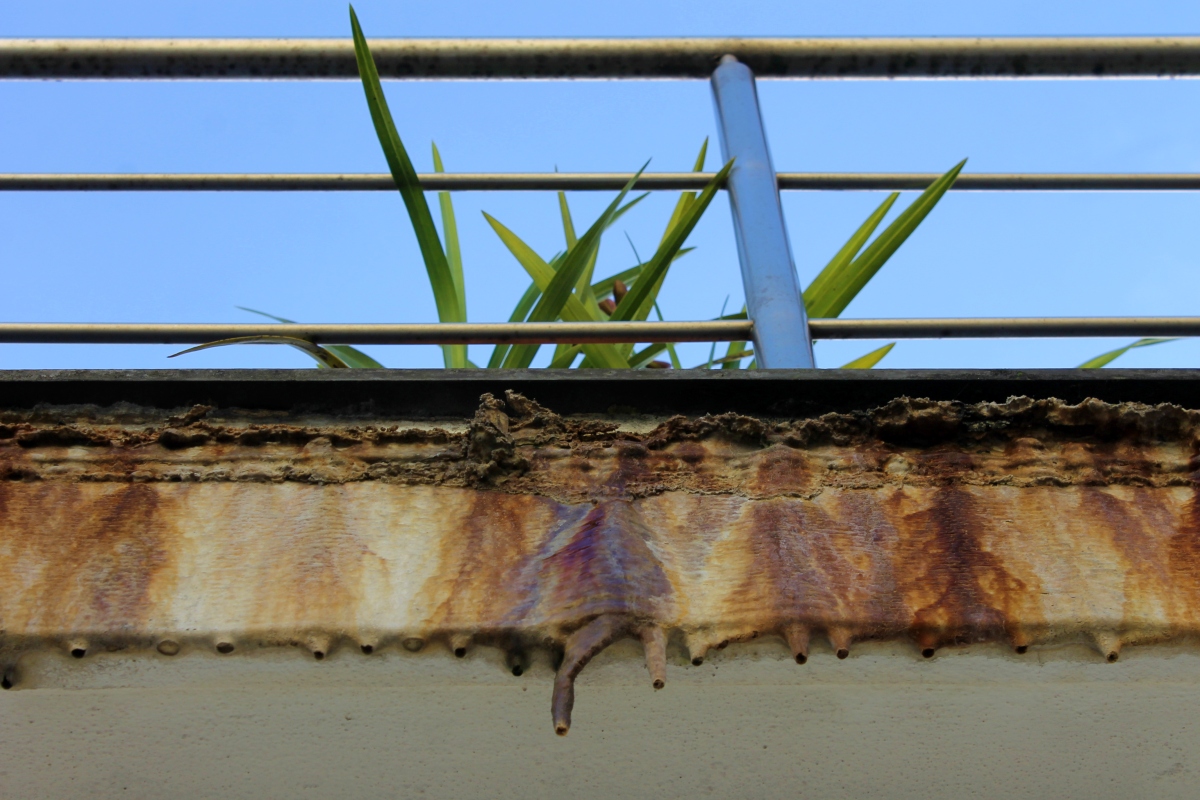 My man Mohamad in London helped me get Catalina onto my computer today so I could download Logic. But I thought I’d update GarageBand first on my new operating system…guess what I couldn’t because it needs an even later OS than I have and apparently my 2012/13 can’t take it. Why can’t they just make it easier, why has a company like Apple who cares so much about design and aesthetics, attracting artists to their wares, not support them afterwards with their make-old-computers-obsolete policy? Must I always buy a new car, can I no longer have a 1968 Citroen DS? Must I always buy a new guitar? Can I not have a 1960 Rickenbacker? Must I always read from a screen, should I no longer read from the pages of a book? Perhaps I don’t need to ever go out, I can see trees and sea and sky and animals and mountains and flowers and canyons and rivers on my computer screen, why do I need the real thing?

Still, after hours and hours of trying to work out why I couldn’t download Logic, I found an error in the address of the Apple ID and it finally worked but not after hours and hours of trying two different Apple IDs that I have, one not working at all with no explanation except that I initially registered it in America, don’t people move to different countries in Apple land? So now I’m faced with Logic Pro and no idea how to use it, tutorials here we come and we’ll see. It’s supposed to be a tool to capture your creative ideas, not a system to solve the oxygen problem on the moon or getting quickly to Mars. Let’s see if I can figure out how to simply record a song, chords, lyric, voice, a simple bass and lead with a drumbeat that isn’t Hip Hop-inspired or designed to raze the walls of Caernarvon Castle.

Music today has been the two great odd records by ex Talk Talk bassist Paul Webb and his Rustin Man project. Odd, accessible, arty, sometimes Bowiesque, as if Bowie were 130 years old, sometimes Wyattesque but always interesting. A strange musical history that has brought him to these two fascinating albums, Drift Code (2019) and Clockdust (2020). One other album under the Rustin Man moniker, Out Of Season, was released in 2002, a collaboration with Beth Gibbons from Portishead.

Before that he and Talk Talk drummer Lee Harris had formed .O.rang and released Herd Of Instinct and the Spoor EP in 1994 and Fields and Waves in 1996. Before that Webb played bass with Talk Talk who released five albums between 1982-1991 and we all know about that.

Although Webb did raise his head in 2007 to produce the James Yorkston album, The Year Of The Leopard, and Belgian oddity Dez Mona’s Hilfe Kommt (“help is coming”) in 2009, Webb has kept a rather low profile until these last two albums in two years, let’s see if another one appears in 2021, let’s hope so, highly recommended – if you like this kind of thing.