Ambling along the studded path surrounded by horses, clowns, and the thrill of yesterday’s failures. Blood seeped through the cloth onto wooden floorboards staining the pattern with a touch of colour until it became a pool and leaked down into the frightened heart. Last-minute tangled in the thorns, scratched down from the doors to the tail-lights, the turquoise flakes taste metallic on the tongue. Out of the scrapheap towards the grey-grit road, the slope rolls you on to the beach, beyond the sand and seaweed and into the shallow waves. The betrayal shook the spectators, Romans and Greeks with lions’ heads and brittle spears. In the north the stars spill light across the sky, tumbling through the stone planets, like frenzied thirsty alligators. Darting across the heavens, swerving antelopes, breaking the bones of the fragile skeleton immersed in the chest of rubies.

Later, backwards the shift, slipping down the slope like tiger stripes, the tanks propel the flowers into the collapsing gardens. A cry from the split between the arc and the hinge, a shedding, a switch flicked in a wet cave, electric light for the bats. Twenty-two years pass in the retina and hope in the crow’s nest signals the death of the horizon. Camouflaged under vast swathes of entwined vines the armies struggle to march but unseen progress whilst the enemies sleep. The curve of the earth pinpoints the destination, leaving the spike of a compass on the cheek of civilisation. A cat purring, serene sits amass the bodies as the thoughts of the dead rise into the clouds, chattering their way to purgatory.

Earlier beside the lake of triangles, the horns of mammoth preserved, the magic tooth of a warlock and the book with the ideas recovered still burning after centuries. A cassowary pecking at the eye of the legend, trophies strewn across the nursery, the seeds growing inwards until the eggs split into reversed creatures going back to death. Lingering under the swooping flight of the heron, a fissure opens to reveal a darkness in the bulb. Trading with the lieutenants and the nuns in the night clubs, the organist in the underwater park, the drip-dry acrobat and the buckled suite. The blast shakes the secrets from the chandeliers and the soft bullets clear away the tears, penetrating the walls between youth and history.

Blackened roses in a feather bed, blusher on the pillowcase and the Cadillac’s rims hovering above the eiderdown. The shuffle in the drum and the laces tied outside the boots, hindering the stride towards the chasm in the minutiae. Telescopes, funnels, cones, pipes, whistles and incense on the steps of the temple, made by men to glorify, to stupefy, to idolise with precious gems and the architecture of the parasites. Bleating the dreams into the deaf ears of the chiming whispers. The first plays acted by the children of the authors in the falling dusk, dressed in the automatic silver cloaks. Blinded, by the sound of the lights, the turning ahead, the tyres slip in the mud and the radiators sparkle emblazoned with the jaguar and the angel.

A vicious telegram of all the wrong ideas, the blacksmith fuming, humid rain and a chaffinch, lost with the insects. Free will revolves around the stolen blades. Giant turtle shells abandoned by the sprinters, fastidious, fumbled, losing the box, slipping into the thin woods. Heirlooms hanging from the branches, propellors and wings buried in the soil, the flood reaches the edge of the bed as the gongs reverberate through the mountain valleys, peaks tipped with the flames of snow. Vagabonds gagged in strychnine masks, the terror of simplicity, the food on the roofs, the helicopters in the sycamore, a collection shelved, crushing the curator, the tanner drowning in the MOAT. 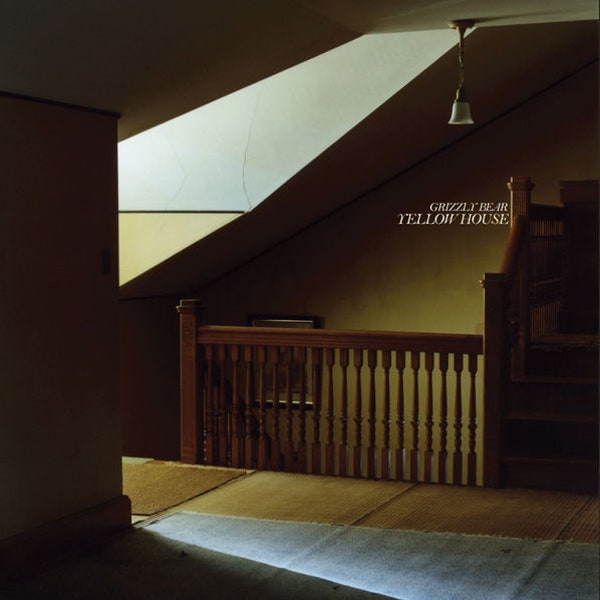 Music today has been the strange album Yellow House by Brooklyn hipsters Grizzly Bear. It was their second album released in 2006 and lauded by nearly every critic for its originality and winding intrigue. The core of Edward Droste on vocals and keys and collaborator/drummer on the first album Christopher Bear, the addition of another songwriter and guitarist Daniel Rossen on vocals and bassist/multi-instrumentalist Chris Taylor gave the band a whole new sense of adventure which had essentially and originally been a vehicle for Droste as solo artist with a band name. (Actually, they’re all multi-instrumentalists.) Listen, it leads you to a lot of interesting places you might not have generally chosen to go.