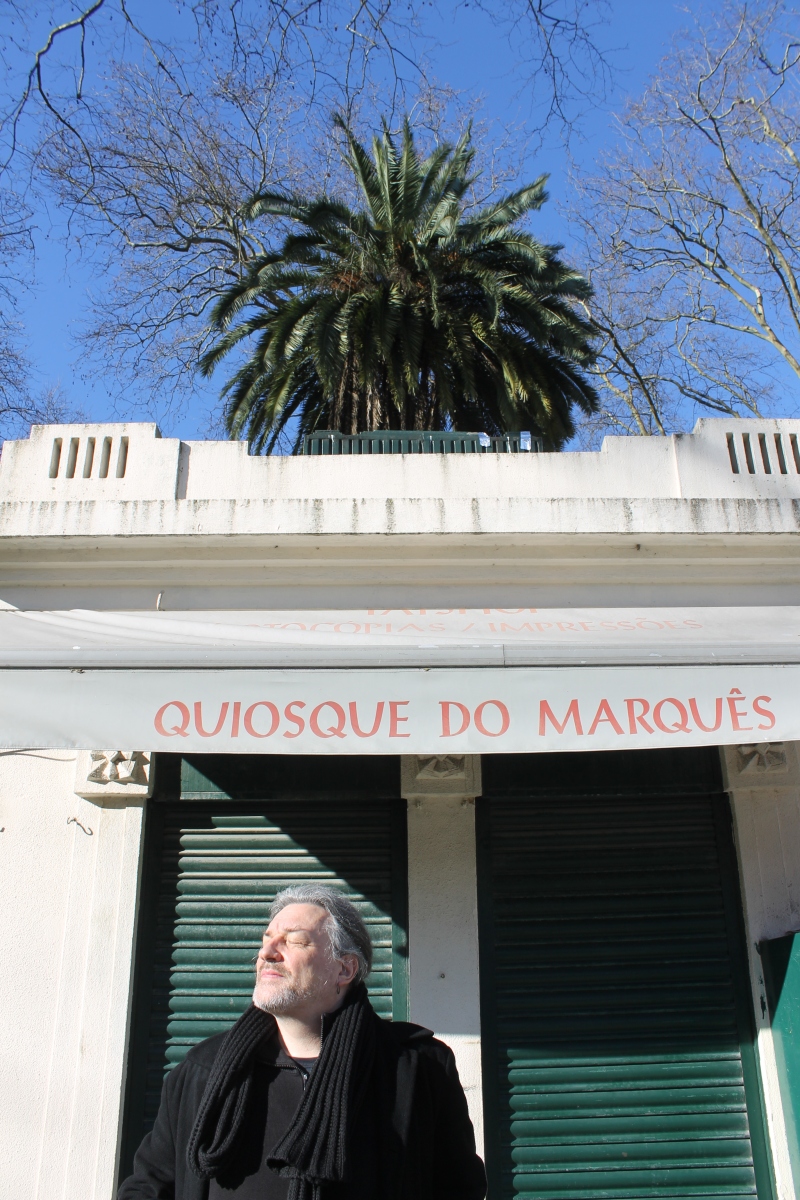 There it was! I saw it! I couldn’t believe it! It was in the sky! It was shining down on the building opposite, yes, it was there, it was something called – THE SUN. So although we had plenty to do today I said to Olivia we have to go out, as we haven’t seen the sun for so long, so we headed into the Marquês square in the direction of the nearest supermarket (Pingo Doce). I took my camera without the protective bag, slung it over my shoulder, and in a minute was taking pictures of naked branches of trees with a backdrop of a bright blue sky. It was warmer too and it felt like spring, not that I believe it is but it was a taster and as we are in southern Europe I imagine that spring may arrive a little earlier – and March is only three weeks away. I went and stood by the Marquês kiosk and turned my face towards the sun, closed my eyes, and felt the warmth on my face. It was then that I realised that this would be a good day to take pictures of the abandoned mansion in the street opposite. 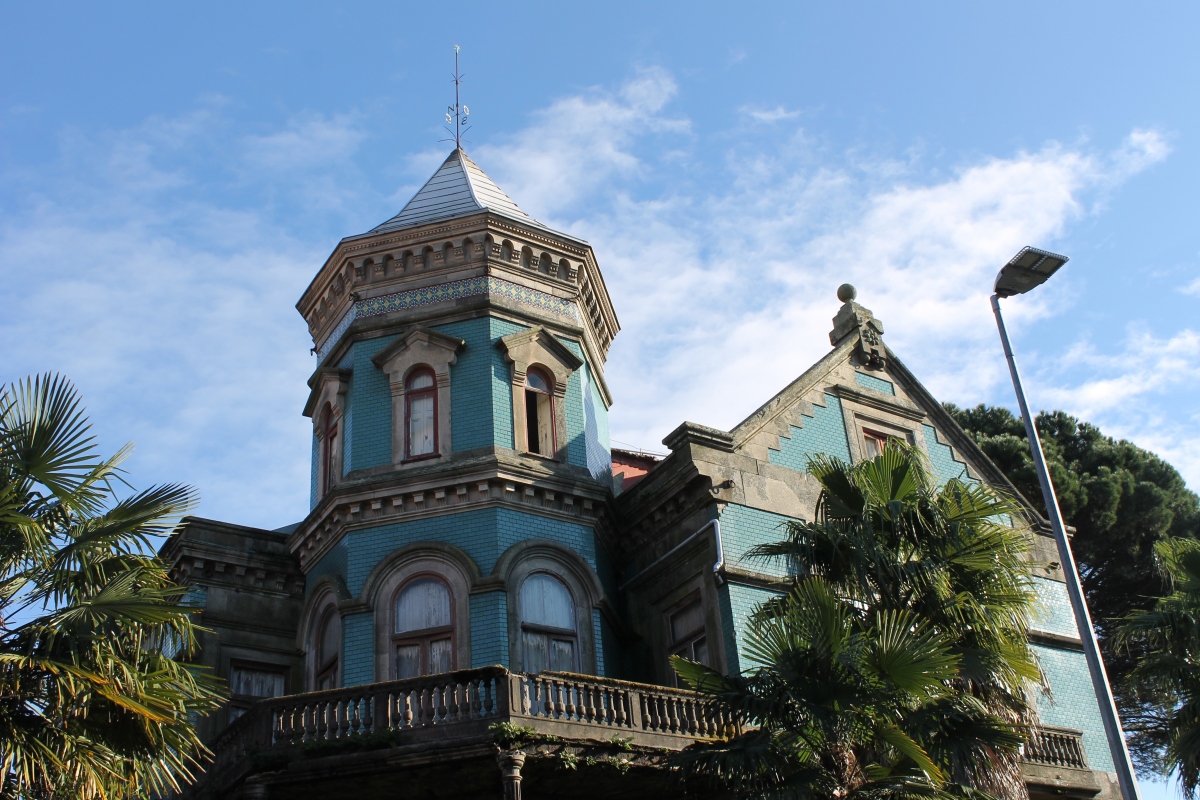 We’d come across it before when we were taking pics down that street. It was the day we met the Swiss lady and her friend. I hadn’t felt we’d got enough pics or information about the place to write about it at that time. Now, we have as little information but today at least we have the sun shining on its turrets and towers. The Swiss lady told us what little she knew about it. It was apparently one of several mansions built by a wealthy Brazilian family in different parts of Porto, each one was a different colour. I have no idea who they were, where the mansions are, or when they were built. I just have the pictures from outside the gate. Faded glory, what is it about faded glory that is so alluring, and how could something so majestic fall into such disrepair? Somewhere there is a fascinating story but it’s hard to find out what it is in a pandemic and without speaking the language. I suppose the thing to do would be to go and knock on some doors in the street with a Portuguese speaker and see if there is a resident that’s lived here for years who knows the story. For now, we just have the pictures and our imaginations.

When we arrived at the house there was an old man parked outside one of the gates in a small silver car blasting Madness’ House Of Fun really loud (weird). I went to the front of the car and danced, he turned it up (even weirder). I took lots of pictures from all kinds of angles. On the other side of the road were a lady and her young daughter taking pictures of the mansion too. I talked to her, she was from Chile, so I could speak my broken Spanish to her. She’d lived in Scotland but said she hadn’t learnt English because she couldn’t understand the Scottish accent, “Me neither,” I said. In the meantime, I asked the man in the car who was now playing some cheesy eighties sounding music loud, if he could move his car forward a bit so I could take a picture of the house and one of the gates from across the road without having a modern car in the picture. He obliged causing a bit of a hassle for an oncoming van as he just sat in the car in the middle of the road before moving further down to a better parking spot. He got out of the car and was talking to us through broken teeth but he was hard to understand, Olivia was trying. The Spanish lady was trying to translate but it was pretty garbled. Before we left he asked us for money, sure, why not, but who carries cash anymore? 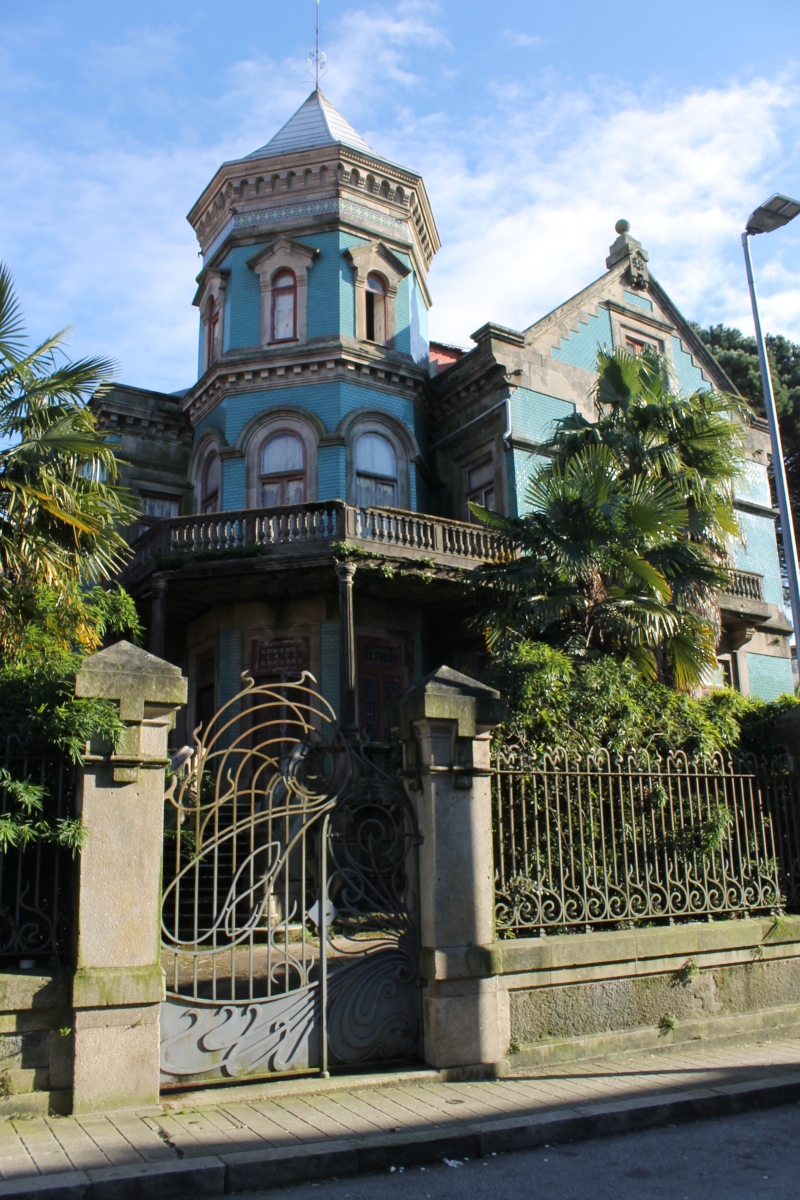 We eventually got to the supermarket but had to be pretty quick as Olivia had to meet a Portuguese woman to buy a piece of jewellery. She happened to live in the same street and I took all the bags upstairs as Olivia went off to find her. When she got back it was time to start the MOAT campaign Q&A which was part of the album crowdfunding campaign. But we’d have to do it in two sections because I had a sesh with Mike in New Orleans at 6:30 PM, the Man U – Everton first half, dinner, Man U – Everton second half (3-3), last kick of the game Everton equaliser. Then part two of the Q&A – Olivia is working on getting that to our YouTube channel as we speak (subscribe if you can). 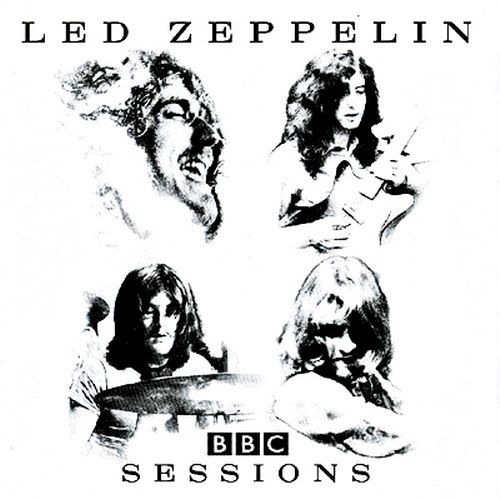 Music today was Led Zep BBC Sessions throughout the day and then tonight I listened to a bootleg from 1973 called Wizardry – Live In Madison Square Garden which had the immortal line from Robert Plant:

At the end of my career, I should be able to give a television programme on how to keep roses.

What I like about these Led Zep live versions is that they are a 3-piece with a singer and it’s not all power chords. Pagey is trying to play some intricate stuff and often not quite nailing it, whilst also playing really great guitar at other times. It’s incredible that they never thought to have another guitarist helping with the rhythm parts…but who would that be? They realised that despite the difficulties, that the idea wasn’t going to work. What we get are long excitable versions of the songs with both sometimes amazing bluesy solos and other times ringing 12-string parts and great chord progressions. I then went onto The Song Remains The Same soundtrack but if you are a fan and you haven’t heard the BBC Sessions, you need to. Really great – if you like that kind of thing.