The darkness came slowly like the dust of a herd in the distance, closer and closer until it had seeped through all the cracks until the lights had been suffocated and everyone in the whole world fell into a darkness that no form of light could penetrate. Essentially the whole world had gone blind. The blackness was as thick as the deepest fog, so thick that with your eyes wide open you couldn’t see who or what was in front of you even if you pressed your face up against a door or a window, you could feel it, you knew it was there but you couldn’t see it. But you could taste it, a vague flavour of iron and sawdust that dried your throat and made you want for liquid. But strangely, you could also feel it on your skin, it enveloped you and if you rubbed your thumb on your finger, it was a dry touch, like thin cloth, muslin or a delicate exotic raw silk.

At first, suffocated in dry bitter black treacle, there was only fear but soon everyone in the world stopped still where they were and were given to the imagination. One man in Madagascar thrust his hand in front of him and pulled the blackness towards him like a black sheet. He opened his mouth to speak but instead of words, all that came out were the shadows of birds. At the Arctic Oceans end at the first steps of the Ural Mountains, a woman sat on a stone and wept. But when she went to wipe her tears away there were none, only silver lines that swept through her mind and pierced a dazzling crimson sky.

The sound of machinery, a low hum, slow motion in the distance, as if an eternal hovering in the background had lost all sense of distance. The world in dark aspic reverberating with the throbbing pulse and slowly the breath of humanity began to rise and fall as one. And then the soft trickle of water first heard in the English lakes and then confirmed in the American canyons. A tree’s leaf ruffled in the Amazon, movement, something in the undergrowth. Stuck in the glue, not unable to twist in the thick morass but more unable to imagine what action to take. No pointers, no signs, no obvious ideas, no inspiration beyond the desperation of trying to survive being confined and yet unharmed.

From space, the Earth that you could see was engulfed in shade and despite the sun glowing in the heavens, the impenetrable murky dry floating matter clung on. A fluid that was stationary, a material that was porous, a debilitating vacuum that let you breathe within. In Liège, a child framed on her bike, stuck fast against a wall, frightened but not in danger began to laugh. A small squeak, growing into a cavalcade of joy and then a shaft of blue, a spear of light had appeared in the centre of the globe, it was narrow, it was coruscating and it drew its energy from the sky. A pebble, smooth on a beach in the northern shores of Japan began to glow and rose through the blue shaft until it hung there effortlessly, and then a metamorphosis first into a black wing and then an eye and a claw and then nothing, the vision dissipated and the substance remained – a false alarm.

By now everyone was asleep, the only sound was the rubbing of soft bark on the brow of the man at the bottom of the sea. He stirred to remove a starfish from the broken tide and quickly resumed his place amongst the shells. Above, the silence was just as loud and as night light and daylight were the same shape and smell, time eased on under no pressure. It was then that the first minds began to stir again and now they were sure. Awoken with the caress of a thousand fingers, the world opened their eyes simultaneously. In the painting of the cornea, every race blended their colours and swept up into a whirlwind of magic particles, specks of the impossible, dreamed by the population of the Earth. As all became one the sphere began to waver in a shimmering blast until all the colours blended like ink into water until the cup of the world began to grow a spectacular mosaic shroud. 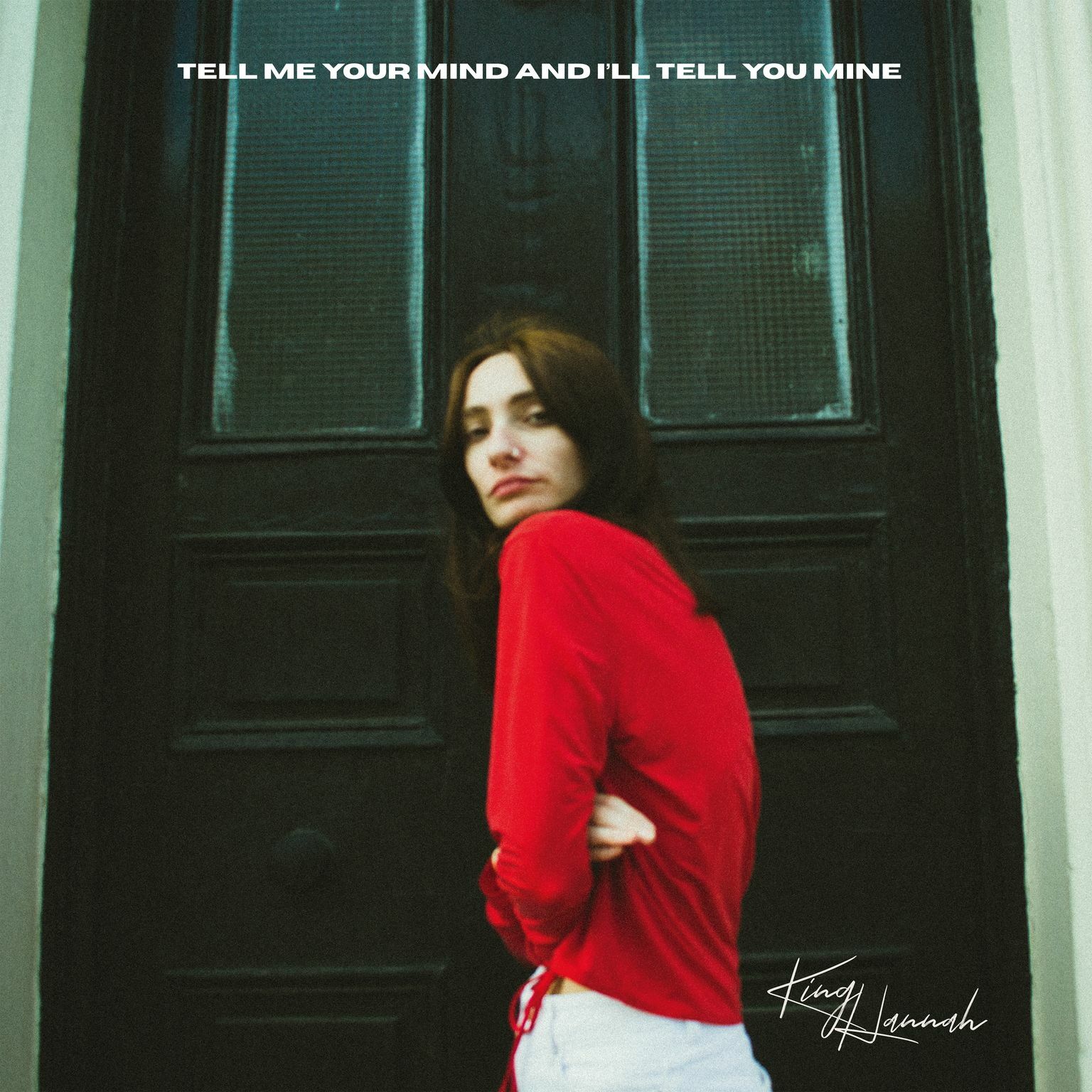 Music today is a great find so thanks Arctic Lake Tony. It’s a new band from Liverpool called King Hannah. Their 6-track EP, Tell Me Your Mind And I’ll Tell You Mine was released in November 2020. They are a mix of great atmospheres and real guitars. It starts with the moody introduction of And Then Out Of Nowhere, It Rained followed by the 7 nearly 8-minute Meal Deal, steady evocative rhythm, girl singer, then at 4 minutes it all goes somewhere else before falling back into rhythm and grinding jangle. Bill Tench, more mood in the vocals, lots of cool guitar – think Mindhunter. Crème Brûlée, The Sea Has Stretch Marks, sprawling, evocative, and ending with Reprise (Moving Day). You need to own this EP, it will be impossible to find an original vinyl copy in a year so you’re going to have to buy it now – I did.