It’s early January and the Portuguese tell me it’s cold. It’s not summer, that’s true, and I do need my coat when I go out but as I walk down Rua de Santa Catarina the cafes not only have their tables set up outside but there’s plenty of people sitting at them. It’s southern Europe, but it’s northern Portugal, it’s not the south of Spain, but today as people sit outside in Oporto people freeze in England, Minneapolis has snow and Stockholm is below freezing. But it’s still virus land like everywhere else and after a month here we look forward to living in a vibrant safe city (don’t we all). But that’s for the future, as we hope for a change in this most friendly of cities. Can you imagine what the restaurants here are like? What it might be like to see Fado live? Or to visit the galleries and the museums or sit on a balmy night in the centre of the city sipping a vegetarian cocktail. Then there’s the sea, Portugal sits on the furthermost western coast of Europe and looks out on the Atlantic for over 350 miles boasting some of the world’s largest waves – now I sound like a holiday brochure. 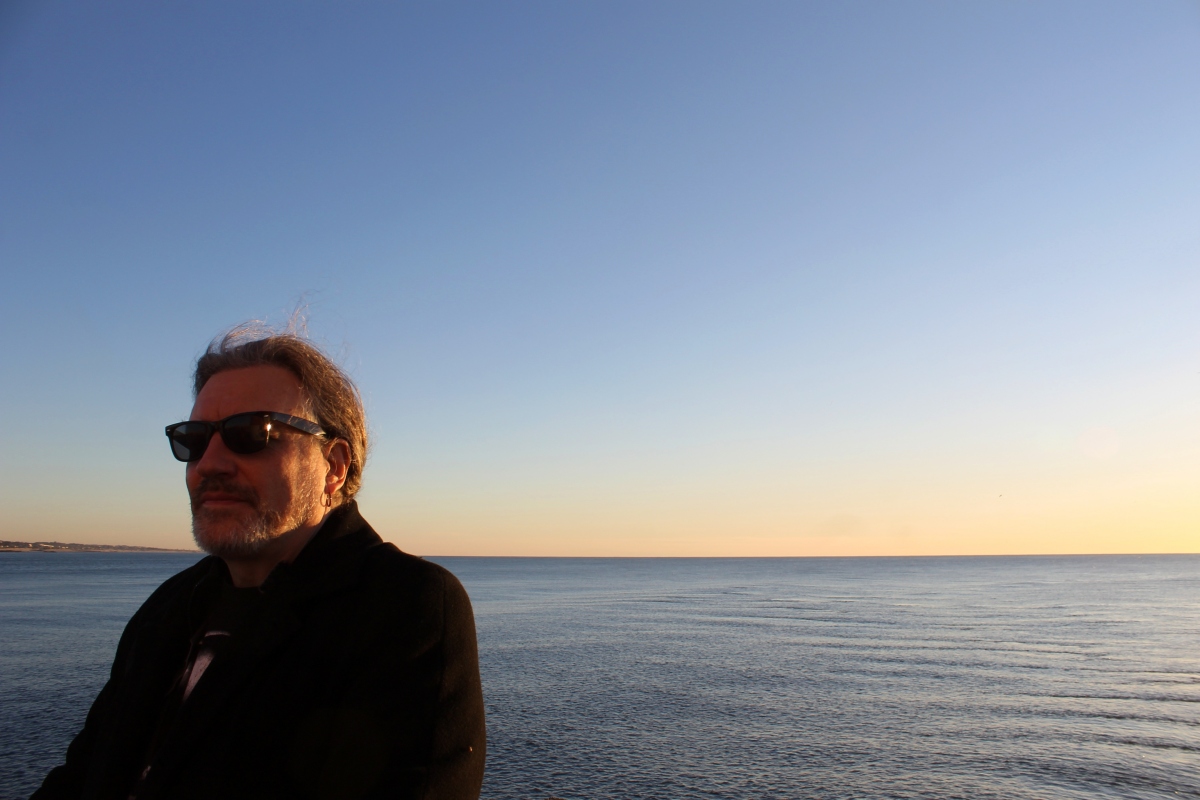 Have you ever been into an electronics store and the salesperson has tried to talk you into spending more money by taking out insurance on the item you just bought? It’s kinda cold in our apartment as it’s designed for summer, no central heating, no double glazing (or triple glazing as they have in Stockholm) so I went and bought another heater. I chose an electric one with bars, gives off a lot of heat, I have one in the studio, good for heating up a room fast. I told the man in the shop that I would like one, he took one from the shelf and me to the till. I was paying and he said, if you paid another 3 euros you could have a 2-year guarantee and have it replaced immediately if it breaks down. Otherwise, you can return it but getting a new one for free will be a process, so I said ok, this time I’ll pay more and do it. So last night it broke down. But that’s not the funny part of the story. 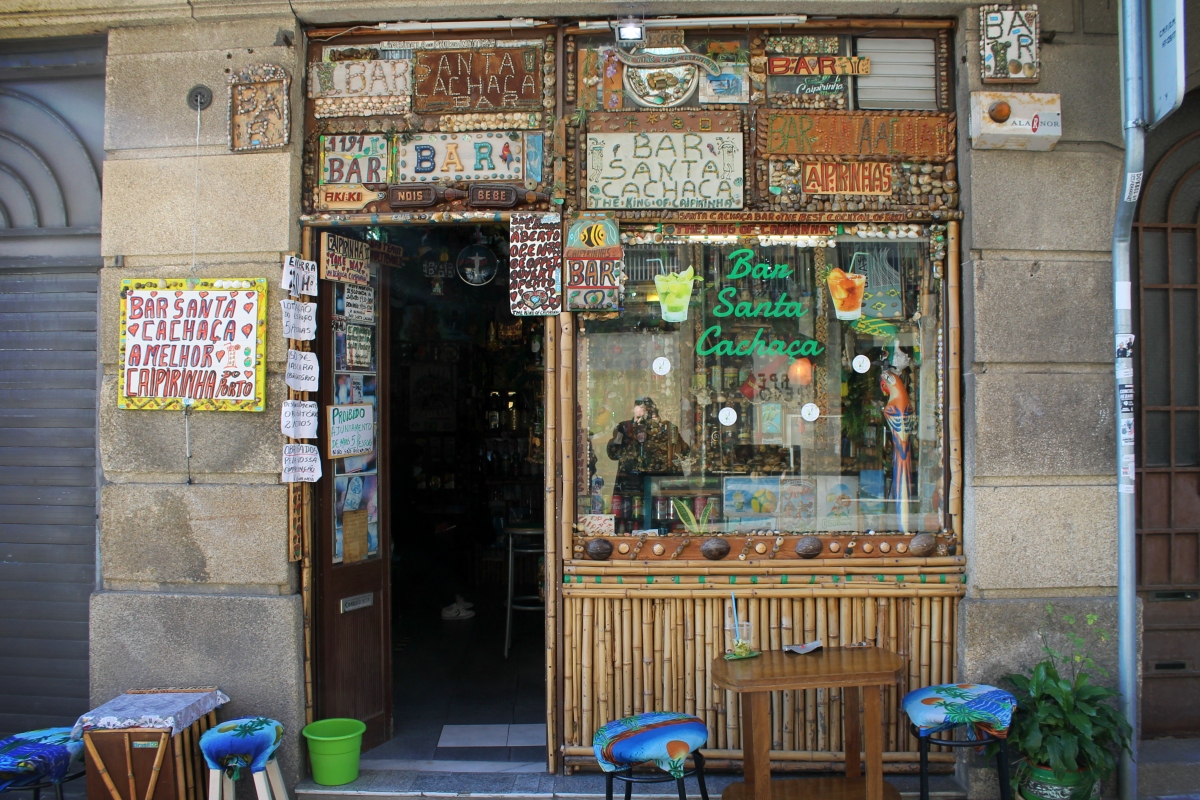 We walked down the street under a bright blue sky past the hookers that grace the doorway just down the block from our place. Oh, wait, you probably want to know about the hookers. We’re getting to know a couple of them, they see us passing by all the time, we see them standing there, we nod, we smile and so do they. They always marvel at how tall Olivia is and her magnificent maroon fringes on her original Haight Ashbury hippie jacket from the sixties – I know this, I bought it there, it used to be mine. Prostitution is legal here but no organised brothels and making money from prostitution as a third party is illegal. I digress, we walked on down the street, it gets busier as you get closer to the centre. At the azulejo-tiled Chapel of Souls, we turned to find the shop where we bought the heater. I was so happy to have that guarantee in my pocket. Inside we waited for the attention of a salesperson and as we did, next to us was an older couple buying the same heater. I got their attention and the attention of their salesperson, “Did they get the insurance?”, I asked. “No, they didn’t want it,” he said. So I told them in Spanish that ours lasted two weeks and they should get the insurance. They looked at each other, talked to the salesperson, talked to each other, and changed their minds. The old lady gave me the thumbs up. 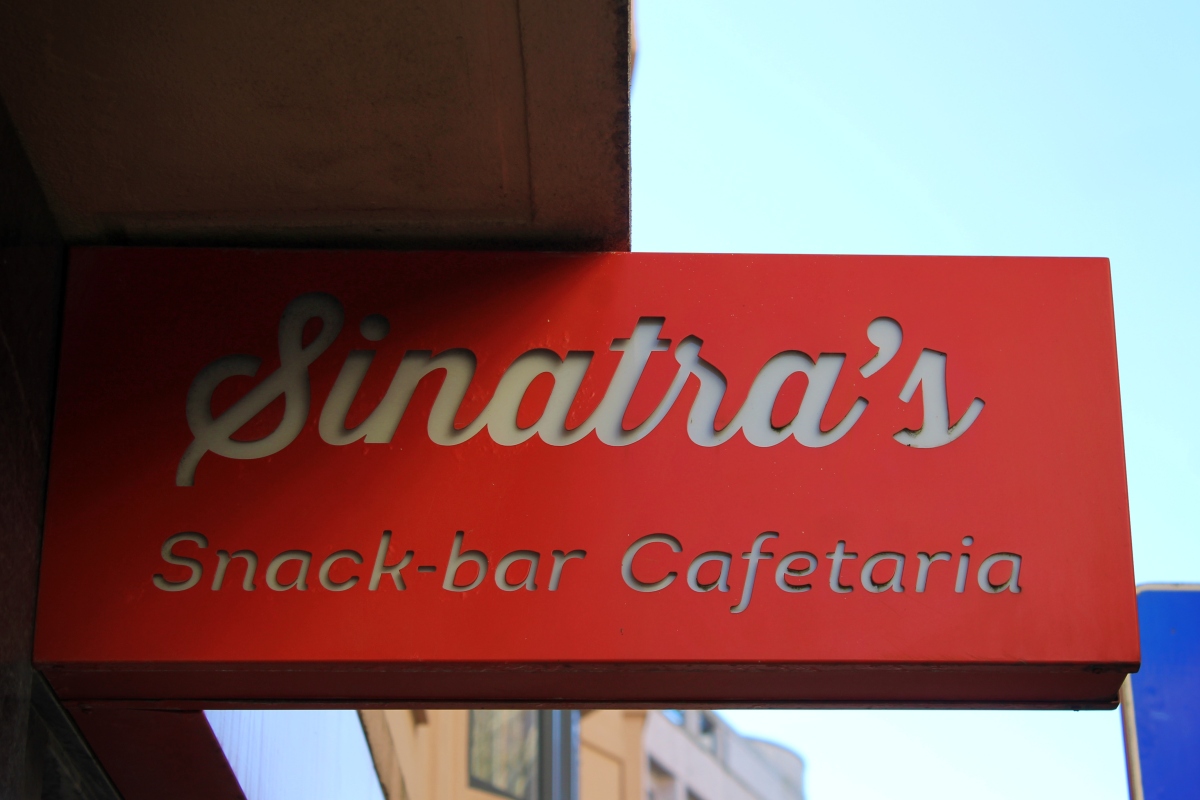 Coming into the shopping centre an old lady fell down by the door. Some people helped her but I’ve seen that a few times, old people falling from standing, unsteady on their feet, I saw an old man fall down in the street before Christmas. At 62, I know how they feel, as active as I am my knees sometimes buckle. One day and anyone can fall over, but one day it might be through physical weakness rather than a simple slip. I see my own future in old people, in eight years I will be 70. If I’d been born 150 years ago I may not have reached 62. For the young, old age is too far away to contemplate but one day you wake up and it’s you, not somebody else.

On the way out of the coffee shop, the friendly server said goodbye, as friendly as the girls there that remembered our drinks. On the way back up to our flat, the Indian man who sold us the Nag Champa and the candle holders waved. I had two seshes, one with Ava in Minneapolis and another with Noel in Surrey, in between a meeting with Stephen and Naoise at Schoolkids as the MOAT – Poison Stream album’s release date approaches (the Space Summit project sits on the runway). Early before we left today Fabio the plumber arrived but not to stay but just to see what he had to do, he’ll be back, won’t he? 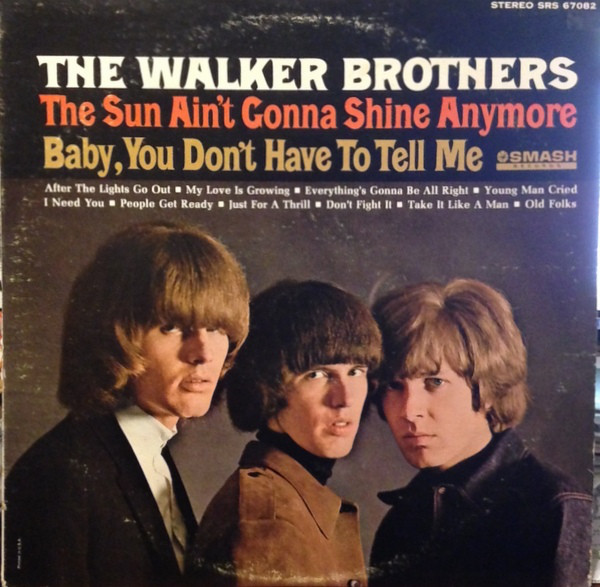 Music today comes from the same place that I did the video for Questions Without Answers, Millesgården, Lidingö, outside Stockholm in Sweden. It’s The Walker Brothers, Scott Walker (Engel), John Walker (Maus) and Gary Walker (Leeds) singing their No.1 UK single from 1966, The Sun Ain’t Gonna Shine Anymore written by hitmakers Bob Crewe and Bob Gaudio. This might just be an introduction to most for Scott, John and Gary, so if it is, start digging, welcome to the labyrinth.