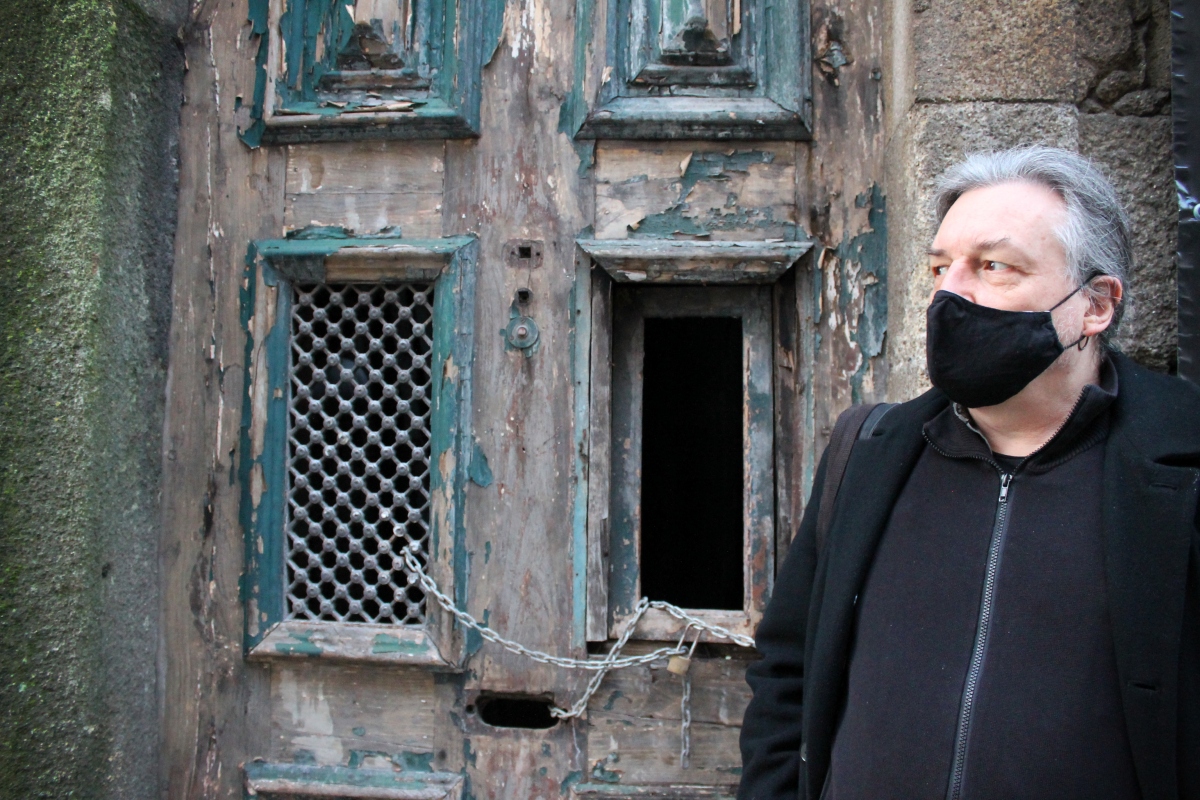 Christmas and last minute shopping as we try to figure out where the shops are. We don’t really know where anything is and as we moved three days ago we are in a new neighbourhood we aren’t yet familiar with the shops around us. So we are taking long trips to a health food store we found four subway stops away. Apparently, across the bridge in Gaia, there is El Corte Inglés (The English Style, A Spanish department store) that sells lots of veggie products, we haven’t even got to Gaia yet, it’s just one subway stop from where we were staying in Ribeira before we moved into our flat. So we bought a printer, a toaster, a plugboard, a phone charger, a US to Portuguese adaptor plug. But finding music stores, record stores or clothes stores has only been what we have stumbled upon. Restaurants are out of the picture because of Covid as are music venues, museums, libraries, gyms, swimming pools, and anywhere else you might be spending your time. Imagine being here when we know all the sweet spots and when most all is well.

So today we went to where we know and bought paper for the printer (we forgot yesterday), and other bits and pieces. I took some pics on the way as the light was fading, there’s a picture of an amazing building on every block, whether it be in ruin or just beautiful. One of the great things about living in the centre of town is a ten-minute walk – buy what you need, drop it all off at home and then straight out again to the parts of town where the less corporate shops might be, the independently owned health food store, and the international supermarket where the Quorn products live. We have started to navigate the subway and the ticket machine. It’s not obvious how the tickets work, how the machine works, how the language works. We got some help from an official in one of the stations and we’re getting there, but we are still at the stage where when we come to catching the train we have to solve a puzzle. Then there are the trains themselves, which line, which direction but once you are on the train and keeping your eyes open for your stop it’s the same as being on any subway anywhere in the world. There was one thing today – we got on the train at our station, Marquês, went two stops, got off at Trindade and then went two more stations to Carolina Michaelis, to exit the station we had to walk across the tracks (look left, look right), I can’t remember where I’ve ever done that in an underground network before.

I’m finding my Spanish is suddenly helpful here. I was told don’t speak Spanish to the Portuguese, they don’t like it and they think that you think that they are Spanish speaking. BUT, for those that have no English, I can communicate better in this as a language they are familiar with, or at least it has a lot of similar words. So now I ask, Spanish or English?

I need to learn Portuguese, restart Spanish, continue with French, practice, and learn more Swedish and consider German as it is my wife’s mother tongue. I need to be thirty, not sixty.

Christmas Eve is the day Olivia opens prezzies, after dinner, later in the day as do the Swedes, whereas in England it’s all about Christmas morning. In my family, there was a pillowcase at the end of my bed and in the morning you’d wake up and it would be full of awkward lumps. We never put presents around the tree although I have some kind of memory of putting some of them under the tree afterward so everyone could see what you got. Tricky if it was your first car, not that such a thing happened to me, I still don’t drive, and getting a vehicle into the pillowcase could be difficult.

Music today has been all about silence.