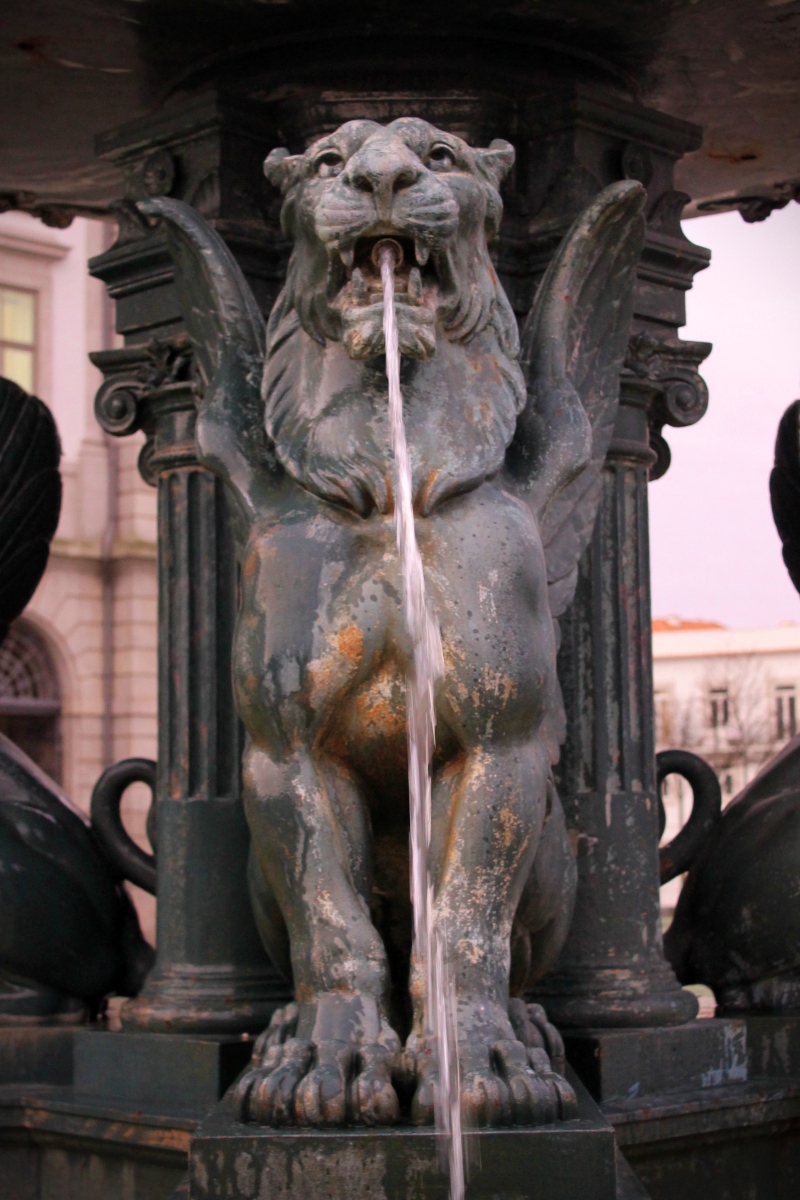 I stepped out of the Airbnb in Ribeira and looked up the street to see a man coming down the hill limping badly. It was like a scene from a forties movie, I expected to see Peter Lorre at any moment. There’s something about the hue of the light, that hazy orange glow in an ancient wet European street. The limping man walked past me standing in the doorway and after he passed I took a step out into the street with my suitcase, he looked back at the sound of the plastic wheels on the concrete. He stopped at the bottom of the hill to talk to somebody. There were two people on the quay walking their dogs, the dogs were checking each other out, nose to nose and you got the feeling the owners were checking each other out too, but from a safe distance. It was harder to make out how the owners looked in the darkness with only the street lamps for light but the dogs, one small, brown and muscular, shorter legs, the other taller but still only medium-sized, white skinny legs and body, you got the impression that height wasn’t necessarily an advantage if they decided they didn’t like what they sniffed. We took all our bags down into the Ribeira square and called an Uber, easier access for the car down the hill than up the hill. Three minutes wait that included a masked man trying to sell me a leather jacket and we were on our way to our new flat.

I’d had seshes in the day, Olivia went to pick up the keys and after Tony, between Jed and Doug, we left behind the damp stone walls and mosquito breeding ground that this Airbnb had revealed itself to be. In the car, we drove the short distance through the empty Covid Sunday night streets. There was a smattering of rain that gave up between waiting for the Uber and arriving at our destination. On that short journey, I had the feeling that I was leaving town, on my way to the airport because the scenario was so familiar – bags, guitar, early morning flight to somewhere. But not this time and certainly not in view of the sudden travel restrictions which had made Portugal a no go destination for British travellers – we got out just in time. Other countries were following suit, banning travel between the UK and France, Belgium, Holland, and Italy.

At the flat, a lift to take us to the fifth floor, result, my back has been giving me some trouble today and yesterday and I’m struggling to turn to the right. I’m happy that I don’t have to lug suitcases up five flights of stairs. Heavy shopping will be a joy. Inside the door, it was cold, the flat has been empty since September, the owner moved to live with his girlfriend in Lithuania, so it needs to get that lived-in warmth, that essence of life that breaks the chill. We piled everything into the hallway and I started to get my computer set up, get the internet working and be ready for my next sesh. I was only here an hour before I spoke to Doug near Woodstock. He got his MOAT digital download and he was digging the album. He also got his ‘You Whisper’ Illustrated Lyrics, always happy to see them arrive after the work that goes into creating them. Latecomers to the campaign are going to be getting their outstanding perks after Christmas now and as they will be coming from Portugal and not England, I’m not sure how that affects delivery time.

The flat is furnished, so we will be sleeping in a new bed tonight and can only hope it’s comfy. In the later years of going on tour, I’d buy a decent pillow to take into hotels and to have in a van or a car, something that suits your head, sometimes pillows are too small, too big, too hard, too soft, it’s essential to sleep well when travelling from city to city for weeks. But now we’re stationary for a while (hoping for a nice pillow) and just here, in one place, as the virus goes mad around the world and keeps us indoors. I’ll be checking out the mixes coming in from Dare for Ahad’s album, doing lots of sessions, generally working online over Christmas and plotting for next year, that is, if the universe stops torturing us and allows us out to breathe freely again. I wonder if anyone will come out of this better than before, realise what they had. 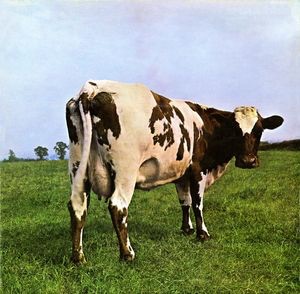 Music today has been Pink Floyd’s 1970 album Atom Heart Mother. An album I always thoroughly enjoyed. When I was working with All About Eve, Gilmour came into the studio, Ridge Farm in Surrey and I mentioned this album to him and he was easy to dismiss it. That thing about it slowing down here and there, I like that about it, again it’s the flaws that make it great and the perfection of later records, especially the post-Roger albums, leaves me a little cold. Perfection isn’t the goal.

Fascinating mish-mash/hotchpotch of Floyd footage in the Atom Heart Mother era with excursions into other eras now and then. Check out the legend that is Edgar Froese for 1 second at 12:51. A must-see for nerdy Floyd fans.