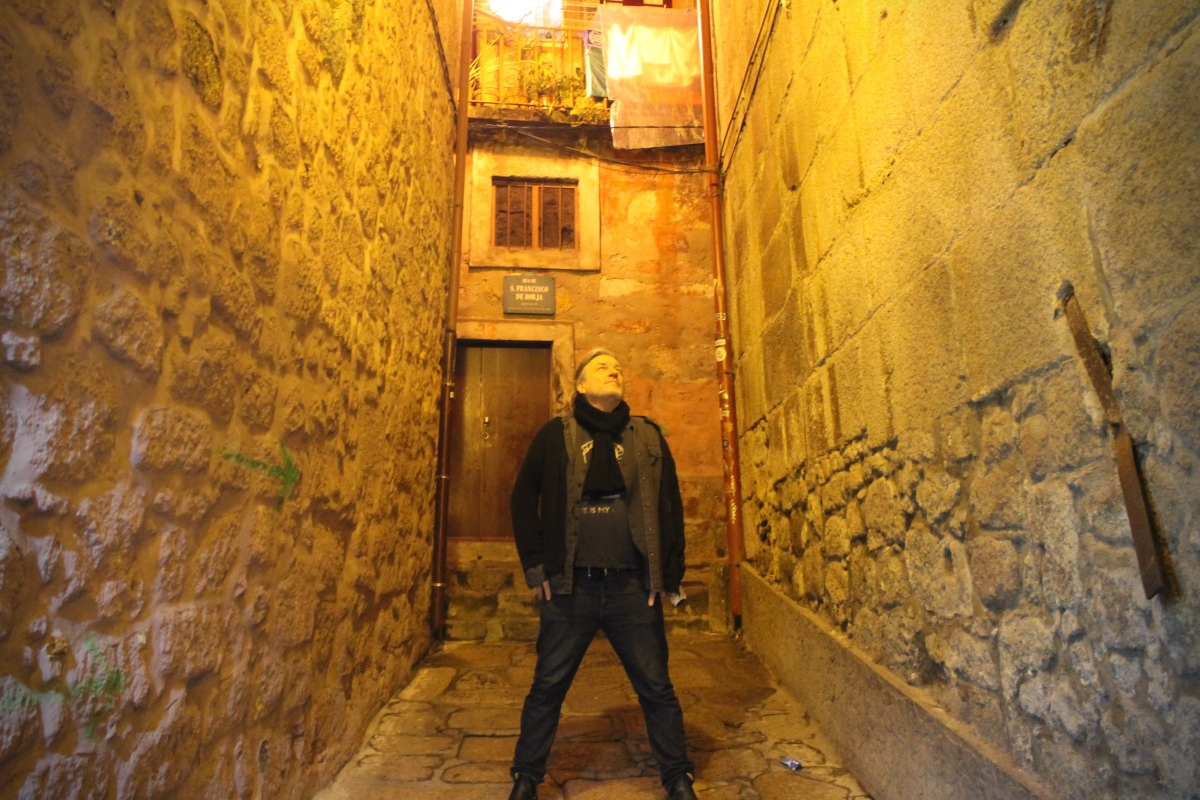 I awoke early to the sound of that sweet Portuguese rain, I went into the living room and opened the shutters, and felt the fresh air enter my lungs. I had a sesh with Arctic Lake Tony, nice and early here and nice and late there, an eleven-hour time difference. It wasn’t until recently that I realised Portugal was in the same time zone as England, so nothing changes for session times. Tony had put out a teaser of one of the tracks we worked on together, Shimmer, and he will release it whole on December 17th. It’s been an interesting journey since I started the sessions because I find myself in many different roles. In this one I am playing guitar and singing Tony’s songs, co-producing with Dare and helping Tony get the songs into shape before he goes into the studio in Sydney to work on the backing tracks (he plays guitar). He then sends them to us and we weave our magic (hopefully). This idea to work with those who haven’t made music their life direction but it remains their passion, has proved to be a most creative one and a most educational one for me too, I hadn’t realised how much you learn by teaching. It didn’t take me long to figure out that my own musical projects benefit greatly from working with creative minds that are off the radar.

This post will be about each project that has reached the studio, as they are all coming to fruition in the wake of MOAT’s Poison Stream. With the campaign over, the record going into manufacture and a release date in sight (Feb 12th), we can begin considering what comes next before the imminent release of Poison Stream. As it happens Tony has decided to release Shimmer digitally before Christmas. We have recorded four Arctic Lake songs, three with me playing guitar and singing lead vocals with Dare and Olivia singing too, one is an instrumental and Tony has already set about a whole lot of new ideas.

So that’s arriving sometime next year as one song still needs to be mixed.

But the next release proper after MOAT (as in an album) will be Space Summit’s Life This Way, our project with Jed in Minneapolis. Space Summit is recorded, mixed and mastered (ten tracks). How we recover the investment depends on the interest in the project but I’m sure it’s going to be popular based on feedback from our secret circle. We always hope to make our investment back whilst experiencing great satisfaction from doing it and hopefully engaging the audience out there and supplying a heavy dose of satisfaction for them too. Haha. Jed was the first sessioneer I ever worked with and we went from very basic conversations about tuning, timing, and all aspects of what it takes to have nothing in your hand to watching it grow into an impressive piece of work. Jed sings and writes the words. The story is long and I’ve told it in spits and starts before but after many sessions, we started to write songs together and this process has developed into a fine collaboration. I’ve had many other collaborators, some have turned into real success and some stay home, but it’s the doing it that matters in the end. Jed isn’t the only sessioneer I write with, there are more, Noelle in Canada and now Tony has asked me to collaborate on melodies for his songs, some of which Dare, DC, his bass player in Sydney, and I have already done in small doses. Long may it continue.

In the case of Ahad who lives in Istanbul, he wrote all the songs, played guitars on the demos, and we spent many sessions going through them before I presented the project to Dare. Now, after all that work of arranging and structuring, realising the songs, and with me playing all the guitars and bass (as I did with Space Summit) and with the D&O crew singing BVs…Dare and I produced the album and Dare sent us the first mix yesterday. The other project we have from sessioneer land is Craig in Atlanta, he’s had bands but pursued a different career. He sent us one great song to work on and that is also now ready to mix after me playing guitars and bass. He sent us the backing track with him singing, programming/playing drums, guitars, and these days you can do that, it’s pretty incredible. Dare is going to be busy.

The other projects that are on the drawing board are the album with Tangerine Dream’s Jerome Froese and Noctorum’s fifth album. The first is in the hands of Jerome, the latter in the hands of time. Brexit didn’t help with trying to fit it into our schedule, we’ll continue when we can. Then there’s Salim Nourallah’s album and the Wild Swans’, which both have mysterious release dates. That’s the overview and as I sit here tonight with the window open listening to the Portuguese rain come pouring down I’m very happy to be involved in so many projects that will be seeing the light of day. There will be more I hope, Paul and Mike in New Orleans, Noelle in Montreal, Chris and Brian in New Jersey, Noel in England and hopefully Malcolm, Rohan and Tim in Sydney, Brian in Florida, Joanne in Portland, Jeff in Ohio, Doug in Wappingers Falls, Daniel near Nashville, Stefan in Germany, Matt and Rajan in Brooklyn, Ann in California, Eric and Ava in Minneapolis, and with sessioneers out there who are beginning to believe that something can happen after hearing the forthcoming sessioneers’ projects. It shows what can be achieved with some spit, polish and inspiration. It takes time, it takes money but the results are worth everything that goes into it, which reminds me after a few years at £35 an hour I may have to increase prices slightly, I live in Portugal now and those pasteis de nata are pricey! Haha.

Three other things, Ronnie lost, Liverpool were lacklustre drawing with a feisty Fulham and there’s another mosquito. 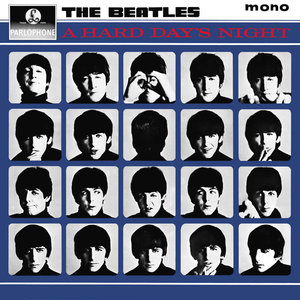 Music today sticking with The Beatles films because Olivia hasn’t seen Help! or A Hard Day’s Night or even Magical Mystery Tour (she can’t wait!). Even though we’ve been on the magical mystery tour in Liverpool and been to all their houses, who knew that John had the poshest nest? A Hard Day’s Night was released in 1964, it was their third album after Please Please Me and With The Beatles. The video of And I Love Her has George playing that intro guitar part, that was George’s idea, Paul apparently loved it. Imagine the song without that part.