So, many thanks to everyone that has helped us make our goal for the new MOAT album Poison Stream. Olivia has sent out the digital files to all contributors today. One last donation (thanks William) at 96% had us make our goal and now we wait for the album to be manufactured so we can get it out to everyone that ordered a physical copy at some point in January. I truly hope you like it after all the effort by everybody to make this album, from writing the songs in a Swedish room to you receiving the music out there in the world and plugging in your ears. What a journey with a 7-year gap between the first MOAT album and the second, I can’t believe it has now actually reached the outside world! Thank you. Street date is Feb 12th through Schoolkids Records in the US.

Today was a pandemic, shops closed, stay in, sessions, football and snooker finals day. Early with Tony in Sydney as we start to look at more Arctic Lake song ideas. Later with Jed in Minneapolis as we were writing for Space Summit 2 and after that Doug in Wappingers Falls as we conquer singing! Everyone should sing for the pure joy of it, it releases something, is it a chemical? Is it an energy? You don’t have to be an amazing singer to enjoy singing. Some people are blessed with the pipes and you never know what you got, you might have the mystery voice box? Whatever you are graced with, it’s your unique approach that makes the song work, look at Nick Cave or Lou Reed, Leonard Cohen or Peter Perrett. If they had singing teachers, I’m not sure they would recognise how absolutely great they all are/were.

So today I could have been anywhere, Portugal didn’t really come into the equation apart from the odd brands in the fridge and the food cupboard and the lone pastel de nata, the last one from a tray of six! One way you can tell we are in Portugal is looking out of the window and seeing the house opposite in the middle of a renovation with the classic Portuguese style tiled facade. The Airbnb we are in is also different to anywhere I’ve been, although I’m not sure if it’s a Portuguese thing. One of the walls has been built with massive stones and one wonders how they got them up here in the old days (I guess they had hoists) but they are really massive. See the pic. 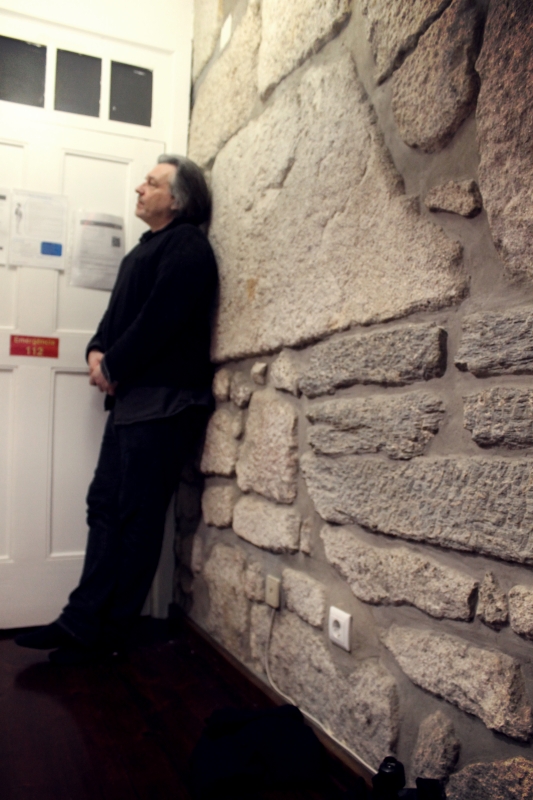 There was a brief interaction today with the landlord of the flat we saw. There are some repairs that need doing but we hope to get in there before they are completed, otherwise, we are in the Airbnb all the time. But I think he wants to fix things first, we’ll see tomorrow. We can put up with the workmen for a couple of days. We need to get an apartment contract asap so we can apply for residency, although at this point immigration interviews will be next year, we just have to apply this year. Fingers crossed.

So tomorrow we will venture out again and replenish the food stocks. We have to because Tuesday is a big holiday here, “Immaculate Conception”. Then it’s the final days before Christmas and it will be fascinating to experience it in a new country, although with the pandemic nothing is normal so it’s hard to get a measure of things. But I hear that they open their prezzies on Dec 24th at midnight – that’s new. How do the kids deal with that? It’s always hard to get used to someone else’s Christmas tradition. Because it’s Christmas Day in England opening prezzies, on the 24th in Sweden (and Germany) always felt really weird. It’s so ingrained in you from childhood. But then everything is about childhood I suppose, what happens to you in those early years spills into adulthood.

So MOAT is out there and will be out there more in Jan/Feb. All I can say is thank you for helping us continue to do what we do. Next, we hope to do gigs but who knows when we really can do that. This awful year is coming to an end, let’s hope for a better one next year. 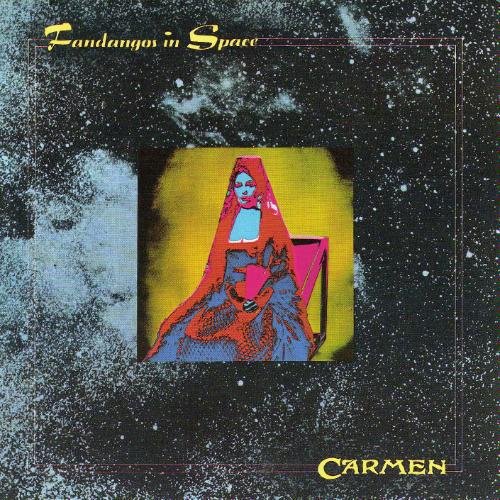 Music today has been Flamenco Rock Fusion band Carmen who made three albums, Fandangos in Space (1973 – more here), Dancing On Cold Ice (1974) and The Gypsies (1975), the first two at least produced by Tony Visconti with the latter featuring backing vocals by Mary Hopkin who was Visconti’s wife or future wife at the time. It also features John Glascock on tricky bass and vocals who found himself in Jethro Tull from 1976 replacing Jeffrey Hammond on Too Old To Rock And Roll Too Young To Die (1976). Sadly he did die in 1979 of a heart valve defect after playing on five Tull albums. He also played with The Gods, Head Machine, Maddy Prior, and Richard Digance.

Lead vocalist and guitarist David Allen had a fascinating career after Carmen, check him out on the Carmen band link here. Angela Allen sang, played synth and Mellotron as well as lead vocals. Paul Fenton played drums with Christie and worked with T. Rex. Roberto Amaral seems to have been the Spanish influence also singing lead vocals, vibraphone, and playing castanets! The band also boasted future Split Enz and Schnell Fenster bass player Nigel Griggs from 1971-72. I completely missed the third album but I suppose most of the world missed all of their albums.