By the time I read any responses to this, the Indiegogo campaign for MOAT’s Poison Stream will be over. I’ll be checking the percentage of the total before I go to bed but at this point, it’s at 91% which is already a fantastic achievement and I thank everybody who has contributed to the cause, and I hope you enjoy the record when you get it. Although you’ll be getting digital WAVs of the album on Sunday 6th as the campaign ends at midnight PST and 8 AM GMT, apparently, some people wait for the physical record to experience it with the cover in your hand, the lyrics, the credits, the artwork – as one associate once said: “You can’t put your arms around an MP3”. There’s a link here for Judy Lyon’s interview for Torched Magazine that I posted last-minute yesterday where we talk about all kinds of things including MOAT and the last week of the campaign amongst many other things. So see you on the other side and a massive thanks to everyone who got involved, the digital version of the album will be with you tomorrow.

It was Olivia’s birthday and we decided to start celebrating by staying asleep as long as possible. The phone rang at 1.30 PM, it was Dare checking in. I had to put clothes on to answer the phone because believe it or not in December in northern Portugal it’s cold. So as I was dressed I stayed up and when I looked in the bedroom, Olivia had the light on and she was reading through her one million birthday messages. It wasn’t long before her dad called and then her mum, so she was on the phone for ages. I watched Oz snooker player Neil Robertson beat Lu Ning who comes from China, the end of Everton drawing with Burnley and the rest of the day was sporadic football with Olivia running around doing this and that until we decided to go out before we watched the ballet – The Nutcracker.

On Saturday’s in Portugal during the pandemic, the big supermarkets have to close by 1 PM but there’s a little one around the corner from here, so we thought a small walk to pick up a couple of things as on Sundays the small supermarkets are also closed and the big ones close at 1 PM, way too early for us. We needed a lighter or matches to light Olivia’s candle that we had stuck in a pastel de nata, we had the cake and the candle but no fire. I was later surprised to find it was one of those sparkly candles that you can’t blow out, what fun! When we got back The Nutcracker seemed sold out – online? 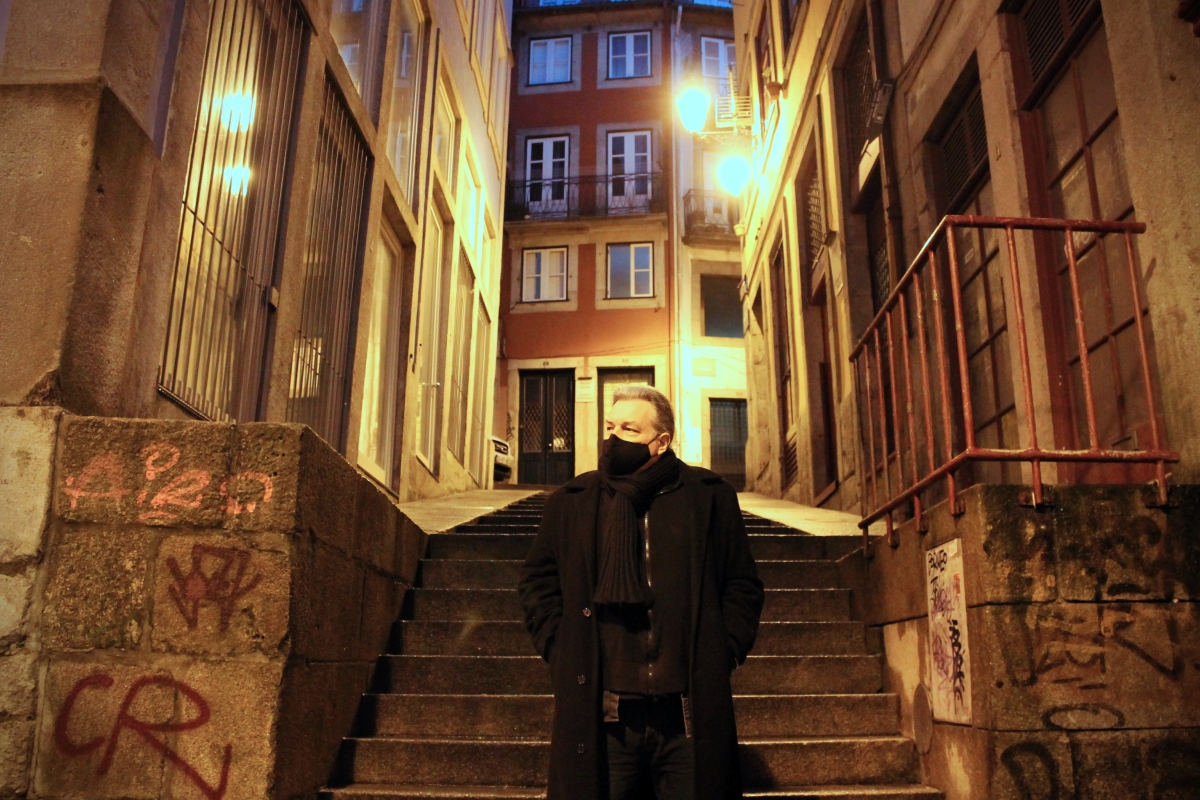 Whilst we were out we also decided to go and stand by the River Douro which is at the end of our medieval street. There’s absolutely no-one around and Olivia commented that we should remember this because in the vaccinated future, all these restaurants by the river will be open on a Saturday night before Christmas and will be booming, but tonight it was a ghost town. We took a picture in one of the alleyways and basked in the orange lights that flooded the steps. Everything here, every street, every building, has atmosphere, it’s like living on location. But it’s a strange time to experience it in the middle of a pandemic in the winter. I imagine that in the summer Porto is packed with tourists and allegedly it’s very hot.

My friend from The Wirral (that’s Liverpool way), Gary, called from Switzerland where he lives, we went to the same school, he was in the year below me and lived close to me, we worked at the same restaurant, The Cottage Loaf in Thurstaston next to the common – we both escaped the restaurant business to see a bit of the world. I remember my Dad telling me that I should stick with that job because it was secure which is exactly the reason why I didn’t, my future appeared before my eyes as comfortable and it was then that I realised that I could only be comfortable after I’d experienced some discomfort.

Olivia wanted Sushi for her birthday dinner so we ordered in, we had to, the pandemic has the restaurants closed. The driver couldn’t find where we were so we had to reorder. The sushi and my veggie avocado maki had cream cheese inside, kinda weird I thought. But we ate and binge-watched Star Trek: Discovery and Enterprise (actually only three episodes). I did French and wrote this and now Olivia is older. 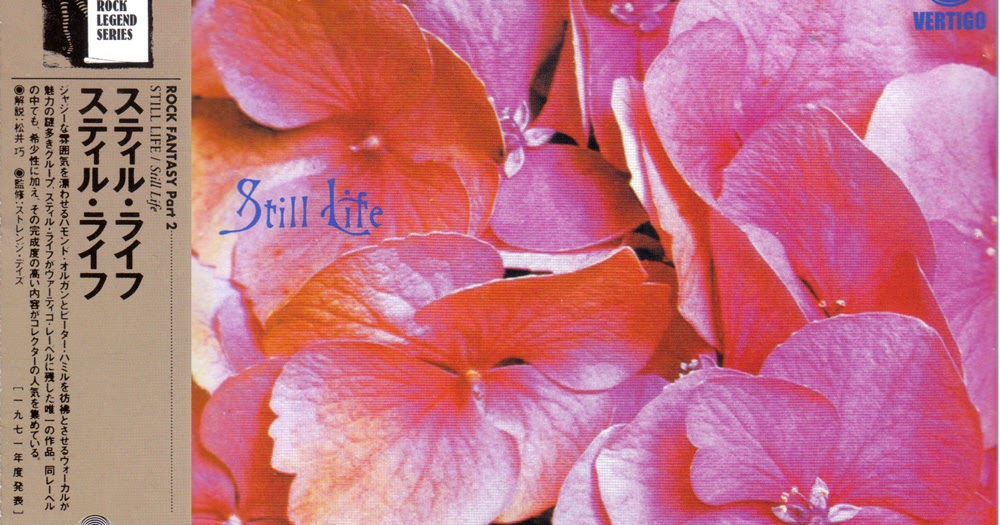 Music today comes from a Progressive early seventies obscurity that I was turned on to by Nicklas from Anekdoten. The band, Still Life, made their only album in October 1970 and released it on Vertigo Records in 1971. Lots of Hammond organ and instrumental passages with songs that sounded like the crossover from the Pop of the sixties to the heavier sound of the seventies. The first track is called People In Black, how can you go wrong from there? The band was Martin Cure, Graham Amos, Terry Howells, and Alan Savage. The guitarist before Savage was R. Albrighton who after gigs in Germany decided to stay, this was before Still Life made their only album. He went on to form Nektar.