As I write this it’s the last day of the Indiegogo MOAT – Poison Stream campaign. It ends in exactly 24 hours (which also means it’s Olivia’s birthday). We are up to 80% of the goal which is absolutely and mind-blowingly brilliant so thank you for the support, you will have a digital copy of the album on Sunday, December 6th and a physical copy, whether it be vinyl or CD, in January for a street date of February 12th. All contributors can send in a question for me to answer which we are going to pick at random. Send in your Q&A questions to Olivia – olivia@martywillson-piper.com. In the coming days as we move from Airbnb to our own flat, we will then sit down and film – you send, Olivia asks, I answer. We also have some prints of the cover art for the three released tracks, Gone By Noon, Acid Rain, and The Roadmap To My Soul with us here in Porto which I could autograph and send off before Christmas. You can hear these tracks if you click on the song titles. Thank you once again for all the support and all I wish for now is that you dig the album and have safe and happy holidaze. See the video we made last week here with a live version of Felice from the first MOAT album (we have the last box and a half coming to us from Olivia’s dad in Germany, vinyl and CD included). And just arrived in my inbox moments ago, is this interview I did last week with Judy Lyon at Torch magazine.

LAST CHANCE to get exclusive perks and preorder the album

We got to bed nice and late last night, in bed by 5 AM, a long day since it was the day we arrived even though we got 3 hours in the afternoon. We were up at 2 PM, we had an apartment viewing at 4 PM. Overnight, beyond the shutters, we heard the rain coming down like a giant wave. Both of us received a message on our phones warning of “severe weather” but it wasn’t long before we realised that it’s severe weather for Portugal, it would be just another day in England or Sweden. Having said that we didn’t actually see it, but it sounded like torrential rain, maybe flooding came with it. We got out of the house into the street and it was spitting, by the time we’d got into the centre of the city I was getting hot. Another man asked me if I wanted “marijuana” or “hashish”. I lifted my mask up (mandatory here in the street) and told him, “No thank you very much but thank you for asking”, he smiled when he knew I was English but he spotted us as foreigners right away, targets.

Into the main street, Rua de Santa Catarina and I had to shed some clothes, so I took off my shirt, my jacket, my scarf, and my coat, put them all but my coat in my bag and my coat over my arm so I was wearing just a T-shirt and waistcoat. People were looking at me like I was mad, by Portuguese standard this was cold and the coldest day so far this winter. We walked the length of Rua de Santa Catarina. Even here in the city, there are still many abandoned or run-down buildings. We passed a beautiful tiled church and the smallest bar filled with ornaments and lights. We soon got to the apartment and took the lift to the fifth floor – they have a lift! There we met Adélia who we’d met before online but this was meeting her in person and in the apartment we were viewing. We stayed and chatted for ages, the place looks right for us and we are waiting for a confirmation from the owner (João) so we can move in next week. Fingers crossed. 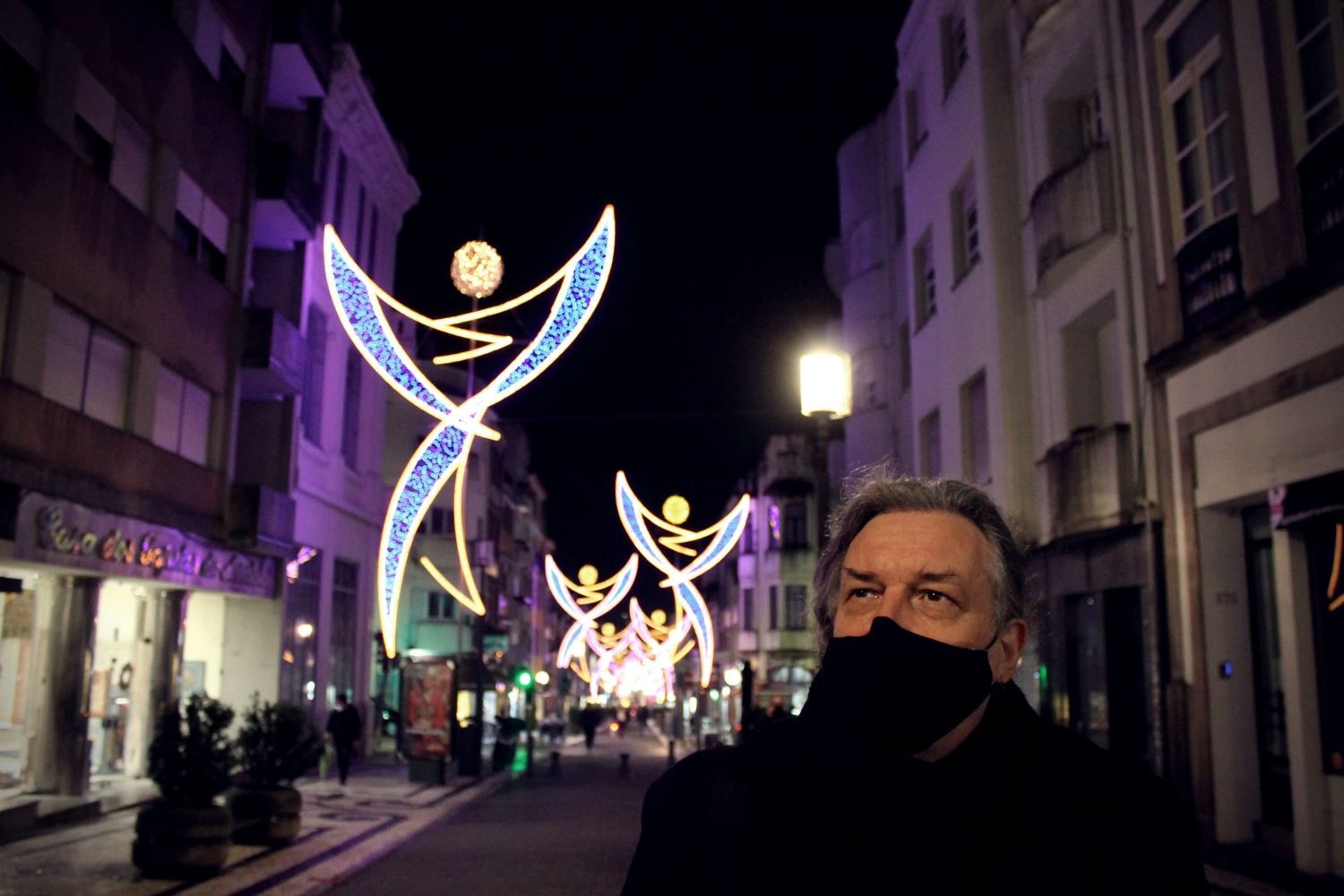 When we came out of the apartment building it was pretty cold and I was glad for all those extra clothes. It was dark and after nine months in Penzance we felt like we were in a city, people, traffic, big shops, bright lights, a police presence, the buzz of city life – it’s not a criticism of life in a seaside town, it’s just the acknowledgement of how different city life feels, plus of course, it’s Portugal. We took a picture in front of the Christmas decorations in the street. Two days in we haven’t really had much chance to experience Portuguese culture, especially worn out by the journey, sleeping as much as we can and heading to the apartment building for a meeting – but we have time, lots of it, to explore, to investigate the music, the language and the people, how exciting.

I’m keeping up the French and wondering how to add daily Portuguese but should have more time now the campaign is winding up and the studio has gone into mix mode or will do when Dare gets his computer issues sorted out. We are already thinking about the next trip to England to work on new projects but there’s lots going on before that, including Christmas! How did that happen? 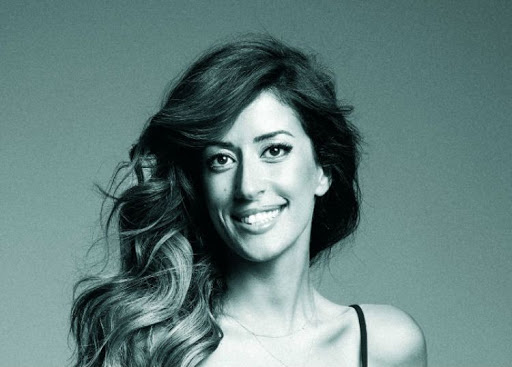 Music today has been some real Portuguese Fado with Ana Moura. This was the Fadista that the elder of the two Portuguese ladies that I met in the greengrocers in Penzance suggested was the best or at least her favourite. Her last album, Moura, was released in 2016. It is her sixth album and was produced by Larry Klein as was her previous album. Klein is known for his work with Joni Mitchell. The album rose to No.1 on the Portuguese chart. When The Stones performed in Portugal she sang No Expectations with Mick Jagger.

Although the lyrics are extremely important in Fado, it’s also the use of the Portuguese guitar, it has 12 strings but is tuned differently and has a unique headstock and tuning system. I’m hoping that one day I’ll get a chance to play one. For now, listen to Ana Moura and see if you can pick it out.