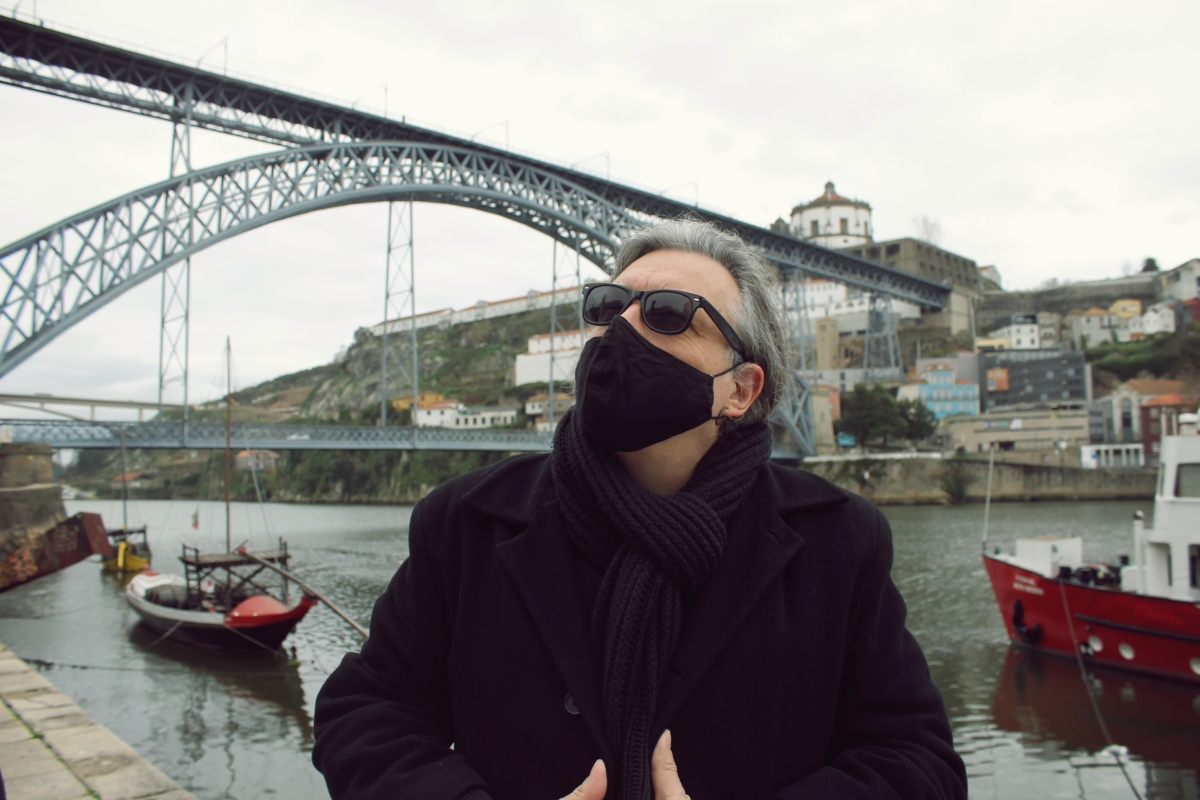 Two looming major events in my life throughout these present days, the MOAT campaign for Poison Stream is ending in 2 days and – oh yeah – moving to Porto. One thing at a time. We are up to 78% on the campaign which is amazing considering these difficult times and I appreciate the support muchly. Remember you can send in questions for the filmed Q&A session – you send, Olivia asks and I answer for anyone that has contributed to the campaign till it ends at midnight GMT on December 5th – and note that is also the time that Olivia’s birthday ends. Also on Sunday, all contributors will get a digital copy of the whole album, a full two months before its official street date of February 12th, physical copies will be sent out in January when it’s manufactured. You can listen to the first three tracks that we have released digitally here or, if you have contributed, you can wait till Sunday and hear the whole album. We still have some prints left and a box of the first MOAT album in Germany which we are going to have Olivia’s dad send down to us here in Portugal so I can autograph them. It’s very limited and will be completely gone very soon, any survivors will sell out at the next shows. A postcard from Porto might suffice.

The flight was a breeze, I was so tired I fell asleep. I’d never flown with TAP, the Portuguese airline, before and hadn’t been on a plane where green was the prevalent colour in the decor and the uniforms. We had the back row, I was in the corner, good night. I awoke heavy-lidded, I’d fallen into a deep sleep, it was hard to come around. I was hoping this busy flight of two+ hours was virus free and felt safe sitting in the last row, not completely surrounded by the people. I awoke and we were there, flying over Porto, what an amazing city from the air, the river Douro cuts between Porto to the north and Vila Nova de Gaia to the south. This is where the river flows into the Atlantic and as the plane turned to land we were rewarded with a view of the sea coast. Home.

Customs and passport control was easy with my EU passport valid for another 29 days. We were met and driven into town to get keys for our Airbnb. We were so tired, exhausted after 20 hours of travelling, no real constant sleep and the last few weeks have been mad, moving house is huge, plus there was the MOAT campaign and with studio sessions to finish it was a real challenge. But now we are here and soon, not yet, we will be able to relax a little more. The driver, Luíz, drove us into town and the first thing you notice is how many beautiful buildings there are with tiled facades, a lot of them seemed run down but that just added to the atmosphere. The city is built on hills and ancient winding streets became more prevalent as we arrived in the city. Our Airbnb was down a very narrow dark street that led down to the river (I thought I saw Felice). We were on the fourth floor, my exhausted body wasn’t having it and Olivia had to carry the suitcases up. The apartment had massive stones that made the inner walls and was perfect for a few days’ stay and cheapish at 18€ a night although last one in probably should have flushed the toilet – humans.

We were really tired but decided to go right away to get some food in. Down the dark stairs, painted a glossy brown in a building that looked like it had been renovated 50 years ago, what it was before was hard to asses but I’m sure the stories it could tell over the last 200 years would be fascinating. At the river, the touristy restaurants were open but most of them were empty. A man came up to us with his arms full of sunglasses (in December), I was wearing mine, no thanks senhor, he then offered me “hashish”, his real wares. We walked by the Dom Luiz I bridge designed by a student of Gustave Eiffel and took the Funicular Dos Guindais from 1891, this railway car takes you from the Ribeira neighbourhood to Batalha and for 2.50€ saves you walking up a very steep hill that I was in no physical state to conquer.

At the top, cafés, the city, long streets full of major shops, theatres but peppered with ancient buildings and beautiful churches, trams and winding streets. We asked a policeman where the supermarket was, he obliged and we wandered in to see what veggie foods we could find and to fill the cupboards for a week. One of the ladies in the supermarket, Fatima Mota (she told us her whole name when I asked), helped us out in locating things, her English was good. She told us that her surname means scooter in Portuguese, a coincidence from her Middle-Eastern roots, sometimes Chinese normal names turn into rude English ones! We left with too many heavy bags and found our way back to the apartment where I had a sesh with sessioneer Matt in Brooklyn at 4 PM, Olivia went to bed. Brian in New Jersey was next sesh but he had to cancel, phew, after Matt, I went straight to bed till 9.30 PM when Olivia woke me for dinner.

Here now at 2.11 AM, we are realising that we actually did it, we moved to Portugal, escaped Brexit to live in Europe with all these wonderful languages and interesting peoples. I told Fatima and another girl today it was our first day and we intend to live here for a year at least, they both said the same thing – it’s a safe city, you’re going to like it. Safe and beautiful, friendly and with a million cultural aspects to uncover. The language is a challenge especially as I’m already learning French every day and after over 180 days of French in a row, guess what, I’m learning, as I will with Portuguese and anything else I put effort into. Life is an adventure you can have. 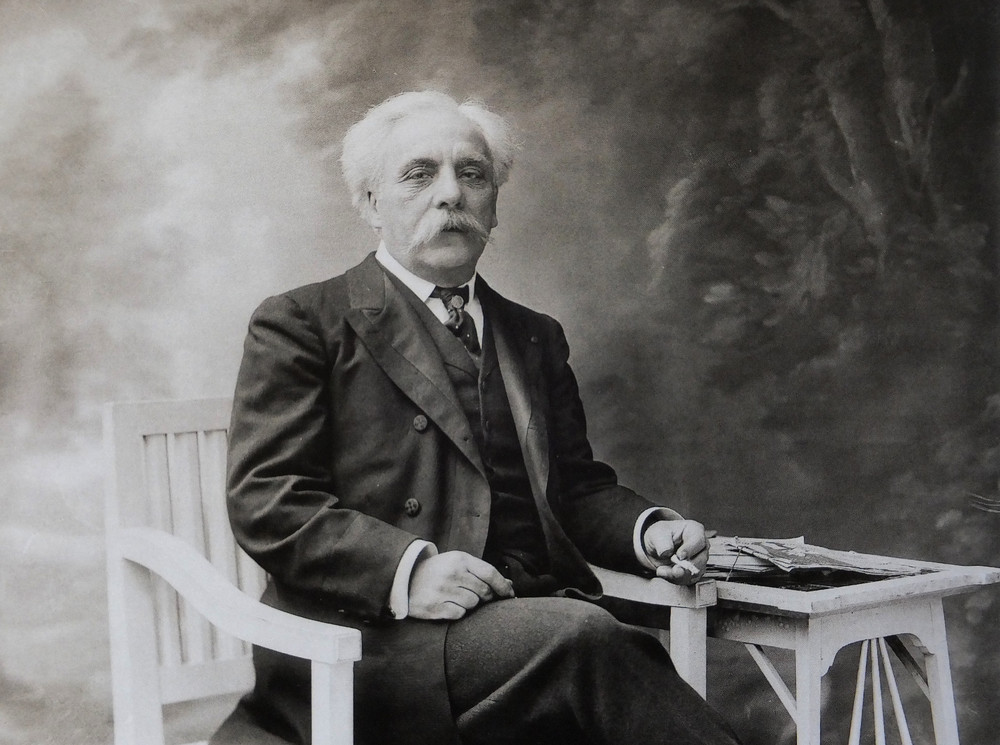 Music today has been mostly the classical channel on the TV, a calm background to a crazy past week and trying to settle in. So today we are listening to one of Olivia’s favourites, Pavane by Fauré.

Piece Of The Daze