The last night anywhere is always a fight against time but also productive because you never stop. Tidying, sorting, filing, clearing and getting things done that you’ve been ignoring, things that weren’t pressing. But now I’ve been tidying for hours, I wish the archive had looked like this whilst we were here instead of the day we go away. It’s quite an issue with dust when you are in a place full of books and records and really you have to take everything apart to clean properly and then just when you thought everything was spruced up and shiny, the place where you started cleaning is already collecting dust again. It’s rather like painting the Sydney Harbour Bridge or if you prefer the Golden Gate or the Severn Bridge (I can’t really mention a bridge in every country in the world) but the point is as soon as you are done you have to start again and although it’s not exactly The Myth Of Sisyphus, the toil of existence, it’s still continuous care, looking after all these lovely artefacts. We are curators of a museum of beautiful music but those of us that happen to have a great record collection are most definitely privileged rather than troubled by the effort it takes to look after it. What we really need is a building and staff but I might be in the wrong business for that.

So we’re off to Portugal tomorrow (today). 5.44PM to Paddington, we arrive in London around midnight but our plane isn’t till 8.15AM the next morning so I suppose we’re in for a miserable wait at the airport on a hard plastic seat with cold bright lights and security announcements every 5 minutes. I’m not really looking forward to the actual journey and the exposure to busy public places. Down here in Penzance we have been so apart from the thrust of the virus. Our more hardy masks arrived today but I’m not sure that will stop the monster should it have us in its sights. Porto is a long way from here and like a zombie movie, we could get bitten at any moment.

Olivia has been furiously illustrating the handwritten lyrics so we can get them off tomorrow before we leave. We are not only moving but we’re also finishing the campaign for MOAT’s Poison Stream and that means a lot of loose ends to clear up, a lot of packages to send. The first MOAT record we are now out of in Penzance but we do have a box and a bit in Germany that we’ll get Olivia’s dad to send to us in Porto so we can still send records to anyone that wants one before they sell out completely.

I don’t think we are going to make it to see the sea for one last time before we leave, just too much to do and I wonder if the O2 phone shop is open tomorrow as the scamming department still hasn’t got hold of me about the scam and now I’m leaving the country. I keep on getting emails saying we’ve changed your tariff, thanks for your order, here’s your new bill – I didn’t change anything, the fraudsters did, it’s so frustrating, it’s like going through the crime over and over again.

I’m going to keep it short tonight because I need to try and get some hours in sleep-land before the big journey. I suppose that’s it for Penzance, the archive and the studio, at least for a few months. Who knows what this next great adventure will bring? The next time I write it will be from the point of view of a traveller, on a train, at a station, at an airport. That is going to be very, very strange. 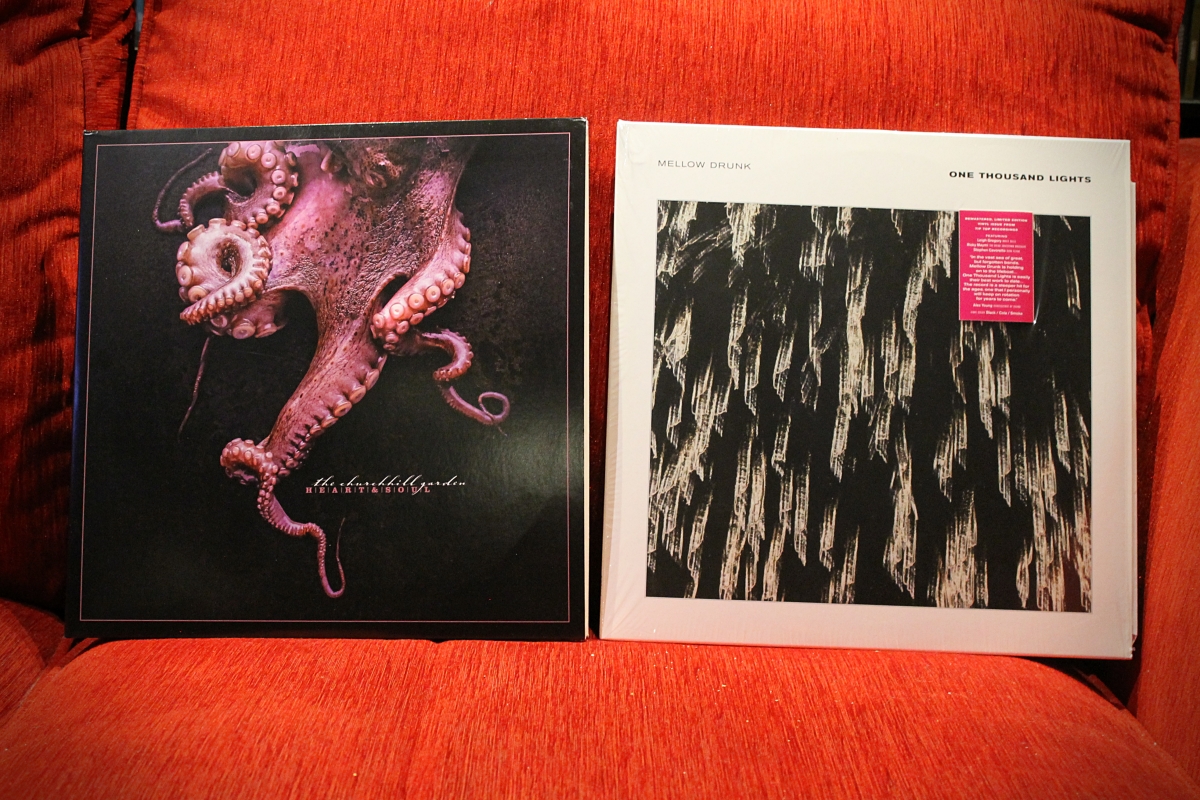 Music today has been two records that friends have sent me, Ricky Maymi and Leigh Gregory’s band Mellow Drunk (with Stephen Cavoretto) – lots of guitars and hushed vocals, and Andy Jossi and Krissy Vanderwoude’s The Churchhill Garden, an album of soundscapes and ethereal vocals, effected guitars and lush production. I’ve been meaning to listen to them for so long and finally the last day I made it. I need a twin or perhaps another set of ears which connects to another listening centre in my brain so I can actually listen to two things at once and write and tidy up and do sessions and write songs and read and swim and study French and travel to Portugal in one sensory event. This is why I’m sad I can’t be around forever, I can only leave things behind, I can’t experience the wonders of the future as they develop the necessary means to experience ten things at once and the thrill of multiple artistic stimulations.