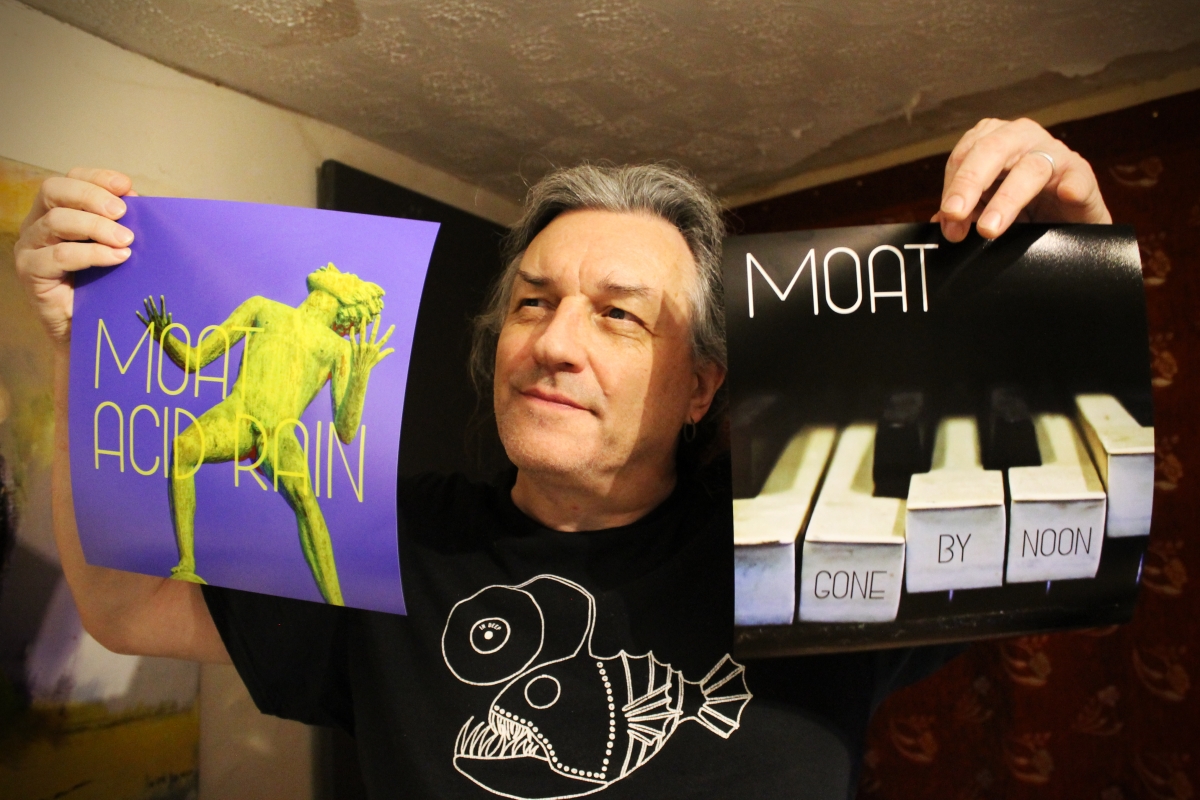 Midnight UK time heralds the release of the third track, The Roadmap To My Soul, from MOAT’s Poison Stream. So make sure you search it out in the chaos of your computer. It follows on the heels of Gone By Noon and Acid Rain. I was signing prints today of the cover art from these three tracks and we secured a few more so if you want one, order now before we fly to Portugal and we’ll post it to you tomorrow or Wednesday. We only have one box of MOAT albums left and very few copies here at the archive so if you’d like an autographed copy before we leave, you know what to do. Olivia is in the studio control room right now illustrating handwritten lyrics and the last of the mystery boxes will be going out tomorrow unless you like Portuguese mysteries. The campaign ends December 6th and you will get a digital copy of the album on that day, physical copies to follow in January. Check out the video we made a couple of days ago. We play a live version of Felice from the first MOAT album. If you help us get to 75% of the total we will send you a Q&A that we will film in Porto – you send the questions, Olivia asks me, I answer them.

Packing, cleaning, trying to figure out what needs doing in the archive, getting my glasses fixed, wondering what to take, thinking about baggage weight, sessions to do today. I had Tim in Sydney at 10AM, agggh, 5 hours sleep, then Stefan in Germany at 6PM. Luckily tomorrow’s seshes are postponed (Matt till Thursday, Chris till next Tuesday) which is great because it’s the day before we leave and we’ll be running around like nutters. My question is will we get to see the sea again or are we too busy trying to leave?

I still have to speak to my phone provider O2 about the scam, they called me today at 11.23 when I was doing a sesh with Tim in Sydney and didn’t call me back. So hopefully I can speak to them tomorrow. In the meantime, they are sending me emails congratulating me (and charging) for the new expensive iPhone that I didn’t order. I still can’t believe that they scammed me so easily, I guess if you grew up in my era you just don’t expect something so blatant. I remember in the seventies people used to talk about pyramid schemes and we were warned not to get involved in them but apart from that, I don’t ever remember being conned.

I ordered my last three pasties today and I suppose we will be investigating the supermarket and Portuguese food options as soon as we get there although we land at 11AM and I have seshes at 4PM and 6.30. Then it will be sleep for 15 hours! Friday we are going to see an apartment. We are staying at an Airbnb first so I’m hoping the internet works so I can do the writing and the seshes and French and I suppose I should start looking at Portuguese too. Olivia has already started and it might be easier for me to start listening and learning once I’m there, actually being in the country will be a big help.

What a feeling it will be to travel after 9 months in one place. Still, I’m not looking forward to more virus exposure on the train and on the plane. Also, we have been in a very virus light part of the world and we are off to Portugal’s second-largest city via airports, indoors, closed-in spaces, we’re not looking forward to that. We ordered some hardcore masks but they haven’t arrived yet which is pretty hopeless. There’s a couple of albums that didn’t make it either.

So the next couple of days are going to be mad, so if I go spiralling off into some other universe or do the opposite, repeating myself or drooling, dribbling, or slobbering in a frenzy of panic then you’ll know why. So I apologize in advance. 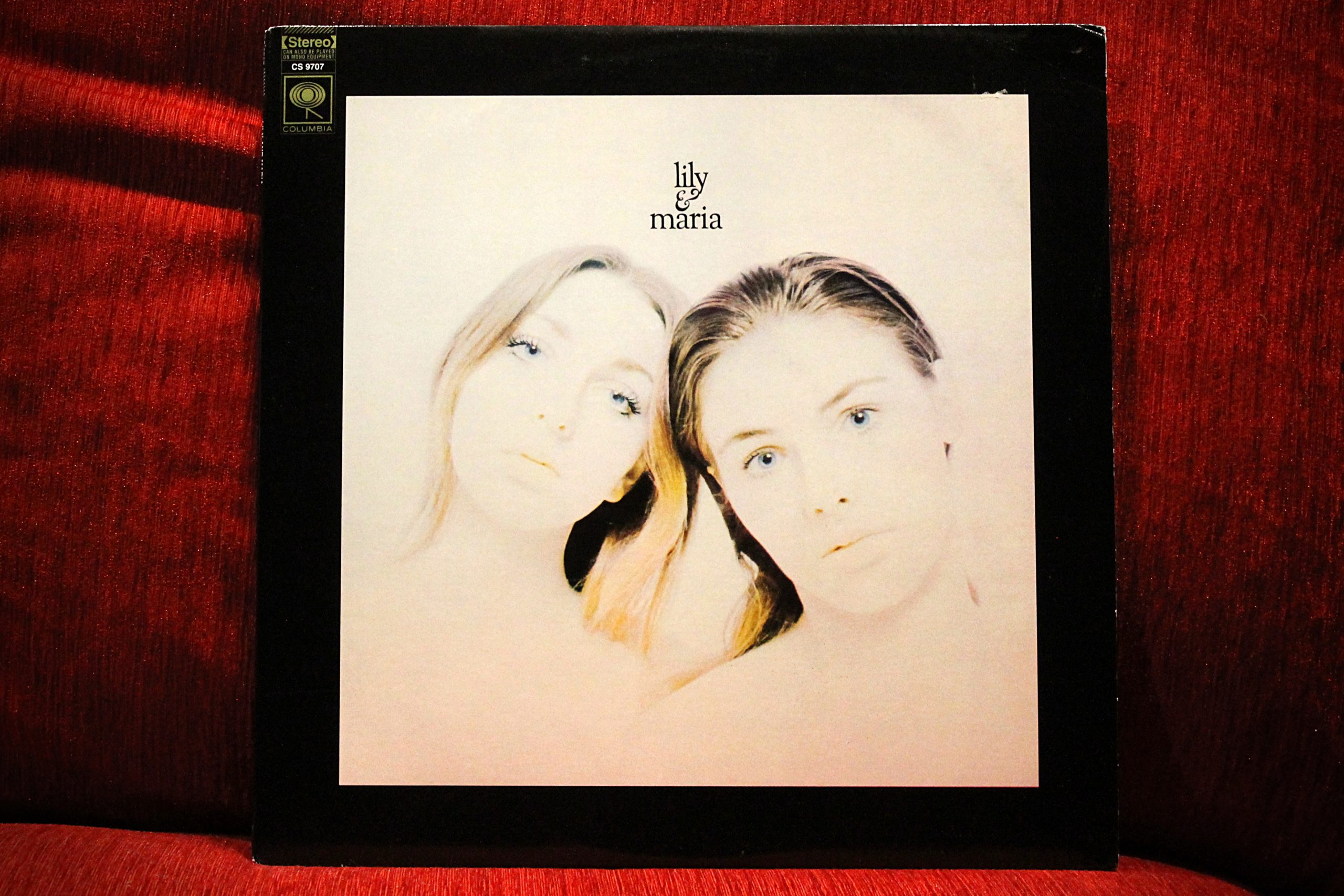 Music today comes from Lily & Maria because Boydy called me today and asked if I knew about it. It’s a Psych Folk album from 1968 which is pretty hard to find now as an original copy – gotta love the archive. The band is Lily Isaacs and Maria Newman singing and playing guitar (Neuman wrote the songs). Otherwise, it’s sesh musicians including Paul Griffin who played organ on some Dylan albums in the sixties. So it’s some kind of Greenwich Village Psych album. Interesting and pretty much unknown on Earth although there are a few copies available on Discogs, including a reissue on Sunbeam Records. Original copies range from about £20-£80 depending on condition. The album is worth it just for the instrumental, Ismenê-Jasmine and the following track, There’ll Be No Clowns Tonight and Melt Me…and more.

Gotta go, moving to Portugal on Wednesday, or is it a dream?