We are in Cornwall as May arrives and another large-numbered birthday looms (May 7th). We are working on the instrumental Atlantium album’s release and considering the financing for the second MOAT album’s recording (all songs written). In the wake of the ongoing PledgeMusic scenario and the attempts to recover and honour the outstanding monies owed to all the artists and the music that the pledgers contributed to, we are left patiently wondering what the outcome will be as we hope for a sign that this can be resolved positively so we can move on.

Although the MOAT album wouldn’t be released until next year, at some point we have to decide on a crowdfunding platform but recording has to commence so at the end of a campaign, it’s ready to go. These days records are often recorded over longer periods as you try to raise money, try to match up schedules with your collaborators and try to survive in a world where the price of two coffees, a muffin and a croissant would buy you an artist’s latest CD but the value of one seems to seriously outweigh the value of the other. As Mark and the Chameleons said, Strange Times.

Also trying to figure out how Olivia and I can play more shows in the world as we enjoy the synergy of violin and 12 string and the reinterpretation of songs from all the albums that I have been involved in. There is of course the album version of us that Olivia and I need to make together – old songs, new songs and songs yet unrealized.

One wonders if time itself needs to stand still in order to complete all these projects, plus, there’s more collaborations on the horizon that I will share with you as they become real.

In the meantime another amazing review came through, this time for the RSD release of Hanging Out In Heaven.

There are still some copies available at Schoolkids Records online store – if you’re quick. 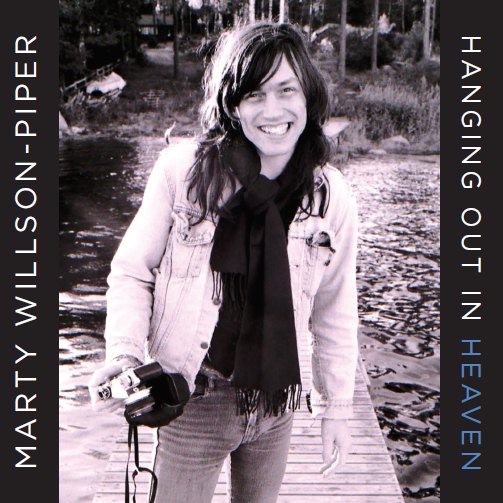