As Record Store Day approaches we are excited to announce the imminent re-release on clear vinyl of Marty’s 1992 album SPIRIT LEVEL through SCHOOLKIDS RECORDS out of North Carolina.

Only previously available on CD and long deleted, the album comes with a gatefold sleeve and features lyrics and photographs taken from the original artwork (Photos by Håkan Lindell).

This super limited release of 500 copies can only be purchased at participating stores on April 21st, 2018 and only in the USA.

“SPIRIT LEVEL was recorded at Dream Machine Studio in Stockholm, Sweden, in the early nineties with trusty friend, Noctorum collaborator and producer Dare Mason. On the previous album Rhyme we took the tape recorder into a room, unpacked it and set it up as a temporary creative space. This time we went into a proper studio and were grateful for having a sofa and a kettle.”

“We befriended Stockholmer Anders Hernestam who plays drums with two of Sweden’s most well-known acts, Thåström and Weeping Willows. Anders also played with the more recent MOAT project (the collaboration with German-Swede Niko Röhlcke). Recently relocated, now Swedish resident, American ex-pat Michael Blair who had played with Elvis Costello, Lou Reed and Tom Waits also contributed drums along with bass sessioneer Matts Alsberg on I Can’t Cry. Other Swedish luminaries appear throughout the album, including Mats Ronnerstam on the rest of the bass and Martin Rössel on slide guitar on Even Though You Are My Friend.” 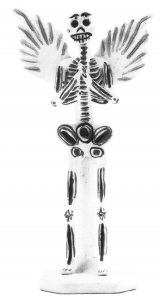 SPIRIT LEVEL is a more organic album than its predecessor and includes the atmospheric Scandinavian Stare, fan-favourite Luscious Ghost and the aforementioned I Can’t Cry (covered by the high-cheek-boned Charlie Sexton, presently Bob Dylan’s long time guitarist). A French setting for Adelle Yvonne and the gentle catharsis of Will I Start To Bleed, back to Scandinavia for The Saddest House In Stockholm and to warmer climes and the River Nile for Melts My Heart with its hypnotic primitive beat, exemplifying an eerie yet accessible beauty that pervades all of the songs on this captivating album.