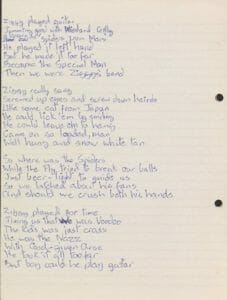 In death we are all equal but David Bowie transcended even that truth.

I see a queue, as long as eternity, shuffling feet slowly moving forwards towards the precipice of the unknown. Mostly anonymous but here and there a glimpse of recognition as you watch the line tumble into a bottomless pit of final days. One by one they fall, leaving behind loved ones, relatives and followers, and it’s the living who suffer as the darkness descends as it inevitably will.

The last breath of a stranger that you knew, a body shattered, a face lined with sickness that penetrated your very existence and shaped your own soul, guided you towards a light switched on inside your head, that small sharp click that opened up the whole universe and its possibilities, suddenly gone. Left in an empty hall, crying on the dance floor, spilling your emotions like a broken dam. The shock, the silence beforehand, that left you unprepared and the silence afterwards, that leaves you speechless.

The music, an avalanche of inspiration and the lyrics inventing worlds in another universe away from the drab garb of the ordinary, conjuring the imaginable, dressed in the fantastic. Rivers of colour power into pools of impossible truths, the freezing clasp of art as it chills your blood and the dark kiss of alien lips that torture your heart into submission. The black warmth of loud guitars and the silent whisper of drums. The possibility to see visions in words and to slide them like futuristic interlocking silver clasps into the baffling traumas of life. To find answers in sentences that slip you clues.

Epic washes of sound collapsing down like a crumbling mountain from heaven. A soundscape so dense that a forest can appear or the Berlin wall or the ravages of Dystopia under blackened roses. Trembling magnificent overtures from lost manuscripts sewn into the hem of a sparkling dress, waves and dreams in locks of hair and beauty in a shattered mirror. Arcs in the curves of dancing angels in the theatre of ambiguity. The timbre of a voice that commands you not to obey.